The Power of Sacred Sound - The HU Chant

The Power of Sacred Sound - The HU Chant 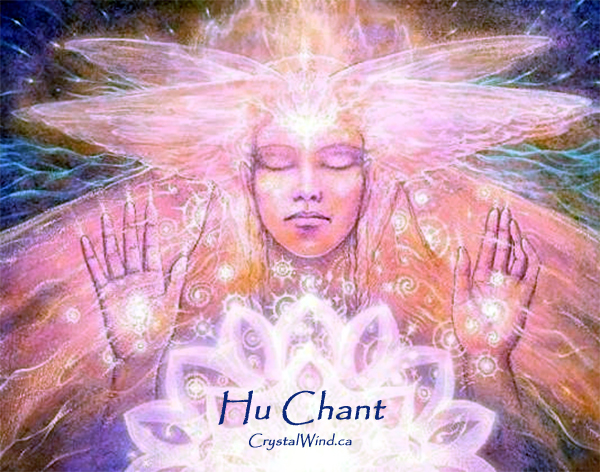 Several thousand years ago, the ancient Egyptians used certain sounds and frequencies to move matter, facilitate healing of physical ailments, and to prepare people for an advanced spiritual awakening. They had a knowledge of sound that took them far beyond the ordinary understanding of the sounds of the outer physical world. Through the chanting of sacred sounds, they brought themselves into awareness of inner sound: something perceived not with the outer ears but with an inner awareness.

This inner Sound Current can be heard as something resembling thunder, or the buzzing of bees, a single note of a flute, and many other sounds. Through inwardly focusing on this Sound Current, a person can experience heightened awareness, less anxiety, a more peaceful heart, lucid dreaming, and many more aspects of an awakened consciousness.

One of the ways we bring our consciousness into alignment with this Sound Current is by singing, chanting, or silently repeating sacred sound. The most profound of all sacred sounds is the word HU (pronounced like hue). In the Bible it was referred to as the “Word”, the sound out of which all manifestation arose. Throughout time, mystics have referred to this sound as the sacred Name of God, the Divine One.

This ancient knowledge was all but lost over many thousands of years until the Sufi mystic, Jalal ad-Din Rumi of Persia wrote about his experiences of the inner sound and the HU. His poetry brought to life our true nature as spiritual beings: as Soul.

Now, scientists studying sub-atomic particles have recently realized that all matter appears to come into existence from sound and frequencies that are beyond the human ear, but which can nevertheless be measured by physicists. These recent discoveries bring modern understanding into alignment with ancient spiritual wisdom.

The spiritual practise of chanting HU has also been brought to light again through the modern-day spiritual teachings of Eckankar. The singing or chanting of this sacred sound is being used not just by students of Eckankar, but by people of all faiths to uplift their lives, enliven their spiritual practises, and bring themselves into an awareness of the inner guidance that is available in their lives. The use of the sound HU is indeed a healing balm for the soul.

HU is woven into the language of life. It is the Sound of all sounds. It is the wind in the leaves, falling rain, thunder of jets, singing of birds, the awful rumble of a tornado. . . . Its sound is heard in laughter, weeping, the din of city traffic, ocean waves, and the quiet rippling of a mountain stream. And yet, the word HU is not God. It is a word people anywhere can use to address the Originator of Life. - eckankar.org

If you are interested in more information about the HU Chant and the teachings of Eckankar, you can visit the website www.eckankar.org or, locally, call 613-334-9502.
Source