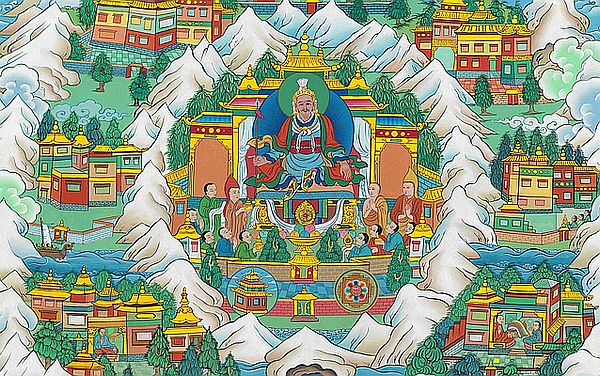 Q. Hi Lynn,  Can you see if these places actually exist.  Thank you:

When I focus on this area, I do get it exists, but it is much smaller than what the legend describes. I then see a snapshot from the movie, Ice Age, and just like in the movie, this area looks to be surrounded by one circle of snow covered mountains (I don't see two concentric circles, just one), with a green, grassy area in the middle.  There looks to be a watering hole, fruit trees, various types of vegetation and bright flowers.  The seasons change, and at times the food supply is lessened, but there is always something to be found here.   It looks to be formed around both a energetic vortex, and a specific crossing of ley lines, creating an amazing spiritual location.  I am drawn to an area that is northwest of Tibet, and hear this is a place that many monks have traveled to for spiritual growth.  Specifically, I see a practice of fasting, and exercises that allow them to focus on enlightenment. It looks as though it is a difficult trip; however possible (not sure I understand why people haven't gone there for themselves aside from the cold temperatures and mountains are a slight deterrent, but with modern technology very possible).

I see Asgard existing in a spiritual sense.  It feels like a realm that people go to when they pass away.  I also see that this realm can take many names depending on your belief system.  In general, this looks and feels like the spirit plane where most people go to upon passing, and then they move through the different planes depending on their vibration.  People that were sensitive could "speak" and "see" those that lived in "Asgard" and I get something about these people knowing how to "look past the veil" between the living and the dead. 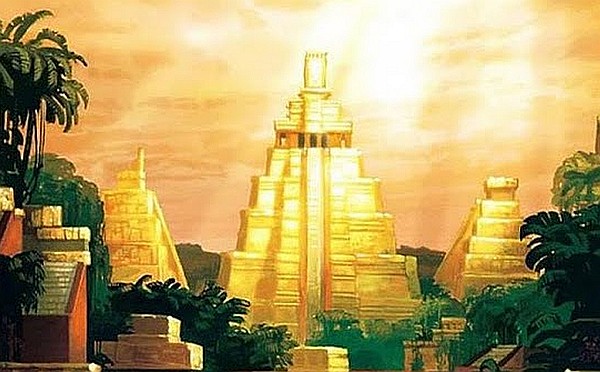 I get that El Dorado is a legend based on embellishments of real events.  There looks to be an Indian village deep in the South American jungle near the location of a (fairly) large pyramid.  I see visions of an Indian Chief atop the pyramid and he is leading the tribe in a some kind of ceremony.  The tribe looks as though they have scavaged, found and even created items from gold and other metals, and they would keep them within a hallowed out portion of the pyramid.  This was done for the purpose of barter, but also to give to the "sky gods."  Somehow the rumor of this place got out, and as people learned of this place, they would go to seek the fortunes of their own.  Many died (this was highly protected), and others would get lost deep in the jungle.  I hear there was some kind of "curse" tied to this place because of the lack or luck and the sure demise of those that would go seeking.

When I focus on this I do get it existed.  I see it covered in what looks like grape vines, and was hidden as a secret.   I hear the grapes were used for wines, and also the berries were in different medicines and tinctures.  It is true that King Arthur was connected to this island.  Many (I want to use the word Shaman) lived there, and it was a place of health and healing.  I get it was kept secret for fear of it's destruction as there was a legend that this island is what gave King Arthur his strength (and luck?).   The location of this island is in the Celtic Sea, and is also the final resting place of King Arthur. 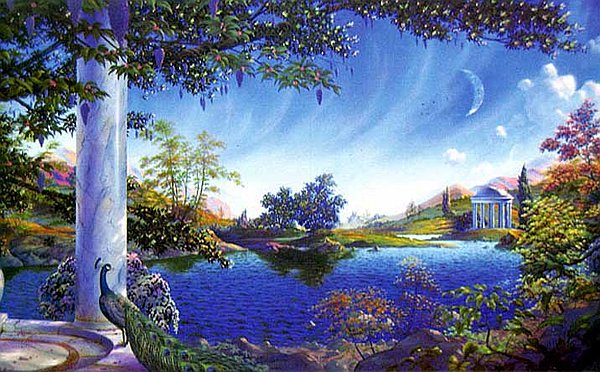 I do get Elysium exists depending on your belief system.  It looks to be one of the many names given to the spirit realm, and was used to help lessen the fear of death during tough times (war and sickness).  If you lived a good and honorable life, you would be rewarded with going to Elysium.

Yes, there does look to be a "Hades" realm, but it isn't something to fear.  Hades is where low vibrational beings reside, and is much lower than the 3D realm in which we live.  Keep in mind, this is really just a name assigned to this lower vibe realm.  If you have made it this far, I don't see you going backwards.  People can ascend from "Hades," but rarely go back.  If you do not progress in your current life, you will repeat it here, just in a different version.  Low vibrational beings from "Hades" can try to connect with you, but you have the power to move and shift them elsewhere.  We are much stronger than any being in that dimension (some of the biggest challenges are to believe it!).

And that is all I have for this reading.  Thank you.  Love and light, Lynn

We have 1957 guests and no members online