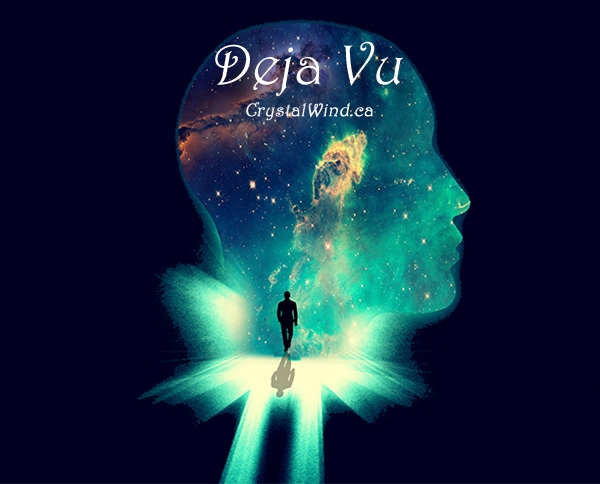 Have you ever had deja vu? Deja vu is that feeling of familiarity that you can have, even when in a completely new surrounding, or new event or even meeting new people for the first time. The bigger question is - have you ever linked a memory to the deja vu from something you dreamed of in the past? If you can honestly answer yes, then this is known as Deja Reve which means, "Already Dreamed" in French.

Deja Reve is a type of precognitive dream and not too uncommon as one would think according to frequency studies by Dr. Art Funkhouser and Dr. Micheal Schredl which you can read here for their frequency study: http://journals.ub.u...view/473/pdf_23

Dr. David Ryback also conducted a survey in his publication "Dreams That Came True" with a 8.8% frequency with regards to precognitive dreams. Aristotle skeptically debated precognitive dreams in his paper written in 350 BCE called, "On Prophesying by Dreams" which you can read on internet classics at: http://classics.mit....rophesying.html

What is most important however, is that you have your own first-person experience with deja reve linked to your deja vu and can honestly answer yes. There is no doubt that there will be those of you who have not been able to link precognitive dream content to deja vu, and that is fine. Not everyone has this type of experience, and there are many factors as to why this is likely the case. The most obvious being that not everyone can remember all of their dreams thus it takes having memory of dream content that is precognitive in nature to then have an experience with this type of dreaming.

I cover these points and more in a youtube video on this topic:

Recently, precognitive dreaming saved my life by allowing me to see what was clearly a terrible accident where on a snow covered hill, I was unable to stop safely and ended up being hit driver-side by a white pickup truck. I took this as a warning, told my parents and even changed my tires to four studded winter-tires (the first time I ever bought studs in my 26 years of driving). And by doing so, when the dream came true as it was precognitive I was able to stop in real life and watch the same pick-up truck drive past me this time, rather than into me. Had those tires remained the same, I am very doubtful that I would still be here to talk about it.

Not only have I had the full spectrum of precognition that is commonly talked about in dream literature, I have also been able to experience lucid dreaming when the dream content was precognitive in nature. If any of you are avid lucid dreamers then you will know that being awake and conscious in a dream is very similar to how we are awake in real life. That we bring with us our logical, intelligent and cognitive faculties that allow for more critical thinking in a dream than when the prefrontal cortex is shut down during non-lucid sleep thus depriving us of that key ability to think, reason and be self-aware in a dream.

Ironically, I have been having precognitive dreams for as long as I have been driving as it started when I was 16, and I am now 42 years old.

Through lucid dreaming while engaged in precognitive dream content, I have been able to also alter the dream content using my intent to control the dream. This has caused changes that in the future when the dream came true, also occurred. And some in a very phenomenological way. One such example came about in my efforts to map out the dreaming layers as dreams are like FM/AM bandwidths where you can tune into and experience different things based on where you are in that spectrum. The ideal bandwidth which I called the precognitive layer is where I directed my intent for this mapping phase back in 1996-1998. What I would do in the dream state was attempt to put a geometrical "footprint" on the dream surface like a triangle, circle, square or other. The idea was, if the dream was precognitive in nature perhaps these changes would come true. To my surprise and utter satisfaction, they did.

The example that I am presenting here is where in one such lucid precognitive dream, I saw that I was in my current workplace at that time. I saw a co-worker standing behind a concession counter as I was the usher at a movie theater. As this was just an opportunity to change a dream and I was lucid and he was the first thing I recognized, I caused a small triangle to appear on his forehead. After all, it was just a dream so changing it although difficult was not impossible.

Weeks later the dream came true and as I went through the motions of the dream when it actualized, the triangle did form on his forehead and I was able to take pictures of it.

Here is a link to all the pictures and his account of the event.

What you will see in that picture is evidence of changing precognitive dream content. I've done this on more than one occasion but this one I was able to document.

We have 1665 guests and no members online