The Now Of Great Change - The Arcturians

"Landing in a frequency near you"

You, the readers, may wonder what "a frequency near you" might mean.  Therefore, we the Arcturians, who are the ones speaking through Suzille, wish to tell you more about your Galactic Family Members who are now wearing  third dimensional earth bodies, so that more and more of you will begin to realize and/or remember

YOU ARE NOT ALONE!

We see that many of our brave Galactics who chose to take a third dimensional form in order to better assist Gaia with Her Planetary Ascension, are beginning to remember that there is something that they need to remember.

Very often it can be difficult to remember your Galactic Self because that would make you feel even more different. However, we wish to remind you that we, "the Galactics" have sworn to assist our dear sister planet Gaia (also known as "Earth" by the humans) are beginning to awaken from their long mission of being "just a human."

Therefore, we the Galactics will slowly, or for some quickly, assist humans who are ready to awaken to their true fifth dimensional Galactic SELF! "How will this awakening occur?" we hear you ask. Gaia is a planet who has chosen to allow many different types of beings to reside on Her Planetary Form.

Therefore, there will be many different ways in which this awakening will occur. However, there is not right way or wrong way to awaken, except that the awakening will only occur deeply when one can maintain a energy that is filled with Unconditional Love.

However, the transmutation into the fifth dimension will be difficult for many humans. Fortunately, there are, slowly but surely, more and more humans who are becoming aware of  their own "state of consciousness."

The Arcturians, through Suzanne Lie 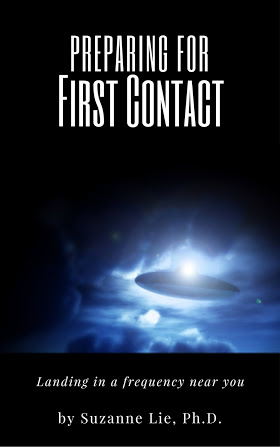 All Suzanne's book are available to buy at the below link.
http://www.multidimensionalpress.com/book-gallery.html

What Will it Take to Get You to Shift? - The 9th Dimensional Arcturian Council

Message From Spirit - The Power of Gratitude

It Is Time To Believe - Teachings of the Masters

We have 1671 guests and no members online