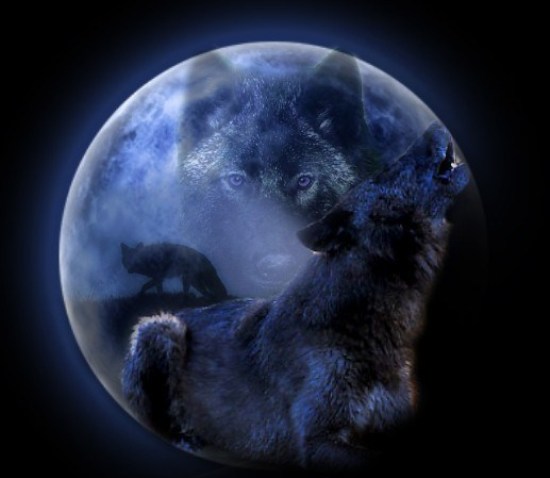 Amid the cold and deep snows of midwinter, the wolf packs howled hungrily outside Indian villages. Thus, the name for January’s full moon. Sometimes it was also referred to as the Old Moon, or the Moon After Yule. Some called it the Full Snow Moon, but most tribes applied that name to the next moon.

According to the Wise Witches Society, this moon is known as the Storm Moon.  A storm is said to rage most fiercely just before it ends, and the year usually follows suit.

“This moon is also known as Ice Moon, Wolf Moon, Snow Moon, and Cold Moon. This moon was said to warn hunters of falling ice from the trees. This is a time for introspection. Save your energy, stop worrying about others and concentrate on yourself. The zodiac association is Capricorn. 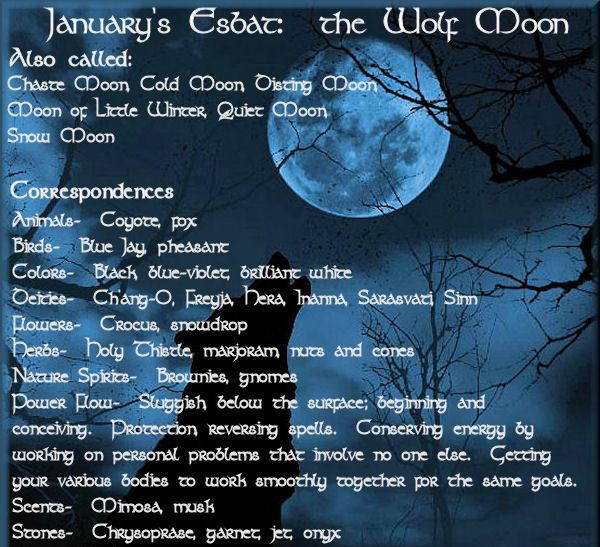 Power Flow: sluggish, below the surface; beginning and conceiving. Protection, reversing spells. Conserving energy by working on personal problems that involve no one else. Getting your various bodies to work smoothly together for the same goals.

journeyingtothegoddess.wordpress.com
CrystalWind.ca is free to access and use.
Please support us with a small gift of $11.11 or $22.22 or $33.33.