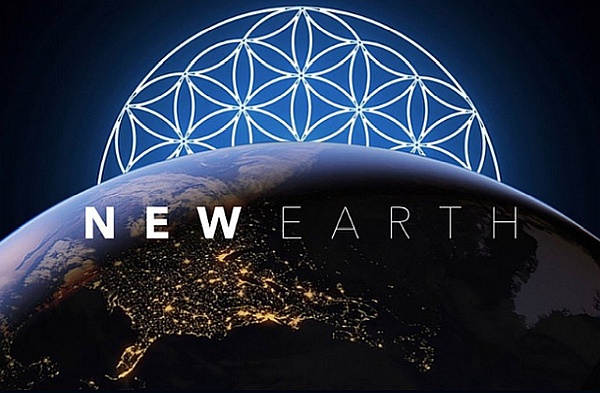 A few nights ago near the end of my Lion’s Gate trip in California, I was called to take a solo trip up to Mt. Lassen. Mt. Lassen is located southeast of Mt. Shasta and is her Divine Masculine counterpart. I had never been to Lassen before and was blown away by the energy and activations there. I was drawn to drive to the base of the mountain for a hike up to the peak. I knew I had to put my feet on this land. I climbed as far to the top as the snow pact would allow and sat down to meditate. It was here that I began to understand why I was called to this location. Beneath the mountain I saw the familiar etheric chest that contains light encoded tablets. As I have done previously, I used my light signature to unlock the chest to reveal three sapphire blue tablets. These tablets contained light codes for the future of New Earth and it was time that they were to be released into the grid systems of the planet.

These two mountains are energetic portals balancing the masculine and feminine energy of the region. They are Divine Feminine and Divine Masculine pyramidal portals (mountains) that have been the resting place for these contents of the living library for thousands of years. During my time in California this Lion’s Gate passage, the old and the new were released from beneath each of these portals. The new codes in particular were specifically housed and released from the Divine Masculine of this pair. It was here that I was given more information about the role of the Divine Masculine and Divine Feminine for the next phase of the planetary ascension.

We have been bringing the Divine Feminine energy into balance both individually and collectively over the past few years. This has allowed for the rise of the Divine Feminine as she ascends to become ONE with her Divine Masculine counterpart in Sacred Union. We experience this within ourselves as a Divine Marriage when we bring our masculine and feminine energies into balance. We also experience the Sacred Marriage with another when we are in perfect masculine and feminine energetic balance with our partner. It is important to remember that all beings have a Divine Feminine energy that must be balanced within for union to occur individually and with another. We have reached a stage in the ascension where these Sacred Unions are about to come together on a larger scale.

Coming into balance with the Divine Masculine and Divine Feminine allows for the experience of Oneness and the ability to create as a Creator God. When two souls are in perfect balance of Divine Masculine and Divine Feminine they become ONE and the creative force is then amplified. When soul clusters unite in perfect energetic balance of these energies, they become ONE and again the creative force is amplified. Same is true for the soul groups and the collective soul of Humanity as well. This is the role of Sacred Union in Creation. The Creative force increases at each level of the fractal. These unions will significantly shift the frequencies and creative forces on this planet. They are part of phase two of the planetary ascension and are well underway. Some of us have already united in Sacred Union and some soul cluster members have also come together. The stage is set for full union of all souls in these roles to occur in the coming months in order to make available the creative energy force needed to bring the New Earth infrastructure/foundation into the physical realm. We know who we are and are being guided internally on how to move forward.

Many souls will be gathering, relocating, finding their partners and soul clusters as we move through this next phase. This is also going to allow for the manifestation of information delivery systems to form in the physical further unifying our efforts on the ground. Allowing the release of any attachments to old partners, flames, places, or ideas of what these unions look like will assist with the physical manifestation of unions to occur. These unions are unlike anything most of us have ever experienced, so eliminating expectations will serve. The power generated when union occurs on any of these levels is heart blowing and powerful beyond measure. These unions will significantly change the energies on our planet. The Divine Masculine and the Divine Feminine must dance in perfect harmony for the physical New Earth to manifest. The music of the spheres is playing through us all, the dance has begun beloveds. Keep your heart open as you leap onto the dance floor to unfold the Cosmic Dance in this physical realm.

I have experienced Sacred Union in its totality and I will say it is not what I expected – it is so much more! It took me a long time to embrace it because I would not let go and allow. I had expectations of what it should be that prevented it from properly manifesting for months. I now offer this to assist – Let go all expectations. Expect the unexpected when it comes to this part of the ascension. The mysteries of Creation reveal themselves within the powerful energies created by these unions. These mysteries will soon become revelations of truth for the collective consciousness of HUmanity. Together, in perfect balance, as Conscious Creators, we are bringing forth our New Earth realities into the physical realm. Enjoy the dance of unification as it unfolds on all levels. We are the song, the dancer and the dance in perfect harmony as ONE. I love you all so very much.