Your Brain Anatomy Plays A Role In Determining Your Food Choices 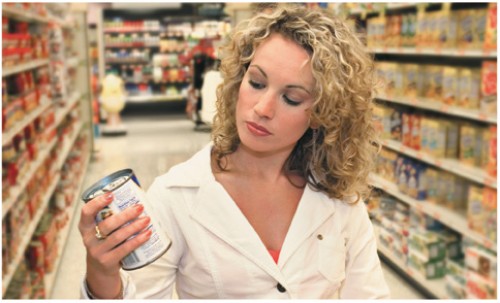 Our indulgence in delicious but unhealthful food may not necessarily reveal a character flaw. Rather, our ability to exercise self-control is linked to our neurobiology, according to a study that has been published in The Journal of Neuroscience.

“In the 21st century our tastes buds, our brain chemistry, our biochemistry, our hormones and our kitchens have been hijacked by the food industry.” ~ Mark Hyman

How we choose what we eat depends on two main mechanisms, models in the budding field of Neuroeconomics show. We first attribute a value to different attributes such as the tastiness and healthfulness of a food. We then pick the food with the highest overall value after considering the importance we place on each of the attributes.

To investigate whether there are brain structures that predict an individual's ability to choose healthful foods, the study looked at the food choices of participants in four experiments and anatomical imaging data of their brains while they were making their choices.

Seventy-eight women and 45 men took part in the four experiments. In three of the experiments, participants were placed inside an MRI scanner doing an identical task. They were shown photos of food items and were asked how much they wanted to eat a specific food at the end of the experiment. They were told to make their decisions based on three conditions: their usual preference, focusing on the tastiness of the food, and the healthfulness of the food.

In the fourth experiment, participants were told to pick a food item by either choosing as they normally would, indulging in a food item, or refraining from what they crave. This group of participants was also told to state the price they would pay for a food item to obtain the right to eat at the end of the experiment, with prices ranging from $0 to $2.50.

Structural imaging data from the first three experiments show that the volume of grey matter in the dorsolateral prefrontal cortex (dlPFC) and the ventromedial prefrontal cortex (vmPFC) predicts the choice of healthful food items. In short, participants with more grey matter volume in the two brain regions displayed more discipline in their food choices by placing greater importance on the healthfulness of food items or less on the tastiness when asked to focus on the healthfulness of the foods.

The outcomes of the fourth experiment confirmed the findings of the other experiments. Also in different participants and a different task, the grey matter volume in the vmPFC and dlPFC predicted dietary self-control. Together, the results showed for the first time that differences in the neuroanatomy of the dlPFC and the vmPFC influence individuals' ability to make healthy food choices.

The findings of this study could be a first step for further research helping to find a better assessment and through it treatment of eating disorders characterized by dysfunctional control abilities like anorexia nervosa and binge eating, They could also aid the early diagnosis of other food-related disorders such as obesity by helping to identify as risk patients..

"It is not always very clear how to assess these disorders. The field of psychiatry is currently searching for more biological markers in addition to their existing methods. A certain pattern of brain structure could potentially be one of those markers," said Hilke Plassmann.

"We can also use this to characterize people who might be at risk for eating disorders. Diagnosing cases of obesity, for example, is usually straightforward. But structural brain scans could potentially help to prevent obesity by identifying overweight people whose underdeveloped self-control puts them at risk of becoming obese later in life." added Liane Schmidt.

The findings of the study do not imply that people's self-control is constrained by biologically predetermined limits. In what scientists call "neuroplasticity", the human brain has the capacity to adapt to changing situations. Indeed, grey matter volume, like a muscle, can be developed with exercise.

That means people can strengthen their self-control with the help of neurofeedback exercises. "In the future, we may be able to come up with brain-based interventions, so that you can change the grey matter density in these regions," said Plassmann.

As government policymakers seek to reduce the significant costs of public healthcare services arising from the obesity epidemic, they are trying to create environments that encourage people to make more healthful food choices.

Crafting one set of similar health messages for an entire population is therefore most likely an ineffective communications strategy for policy makers.

We have 1884 guests and no members online