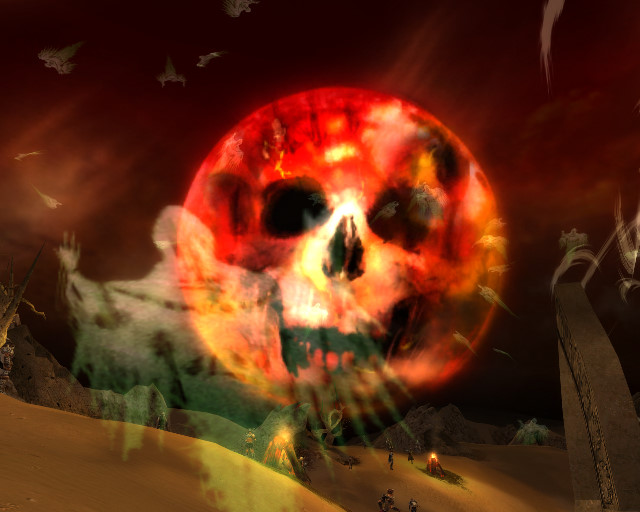 Halloween is often considered the world's oldest human celebration as it has been traced back continuously to Celtic traditions a few thousand of years ago. But an oral tradition of legends places Halloween’s origins back much further, to the fall of Lemuria which many legends date to as much as 25,000 years ago or even more. Assembling these legends brings us this composite story:

The legends begin with ancient Lemuria, the great ancient civilization which resided on a continent which was located in the middle of what is today the Pacific Ocean. The legends say Lemuria was directly or indirectly the parent civilization of all of today's civilizations.

Known as Mu in ancient times, the legends tell us Lemuria was the direct parent civilization of Atlantis. Indeed, Atlantis in its early days was little more than a colony of Lemuria, although Atlantis survived for many thousands of years after Lemuria was destroyed. Legend ascribes Atlantis to a high-tech and metaphysically adept society.

Lemuria on the other hand, while metaphysically adept in form, content, and governance, was decidedly low-tech on the Earth plane and laid back compared to its more aggressive colonial offspring, Atlantis.

Lemuria itself was run by an elite grouping of spiritually enlightened souls who considered the constellation known today as the Pleiades to be their home. These souls also consciously reincarnated to preserve their Earthly elite status. BTW, conscious reincarnation to preserve one’s elite status on planet Earth is not so unusual. Hundreds of senior Tibetan monks, called tulkus, do so even today. The Dalai Lama for instance is the best known of these monks.

The Lemurians also practised necromancy, a form of divination involving communication with the dead. The modern equivalent is known as a seance. But for the Lemurians this was a sacred practice in which the incarnate leadership would communicate with the departed leadership souls who were in between incarnations, seeking advice from these discarnate souls.

Legend does not record what sort of advice was given, but whatever that advice might have been, it did not prevent Lemuria from crashing into the ocean one autumn night destroying the entire continent and its civilization forever in one fell swoop. Some legends suggest the sudden cataclysm came because Lemuria had ossified and was unable to change with the times as the Earth changed, although the precise circumstances are now lost to history.

Despite fervent denials by modern mainstream archeologists whose ideology forbids the existence of any advanced civilization older than Egypt, the Pacific basin to this day is littered with ruins of this once widespread ancient civilization. A small cottage industry of alternative archeologists has sprung up in recent years to document these ante-deluvian sites. 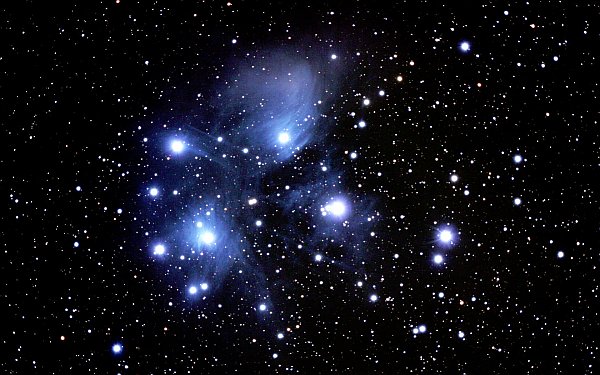 Regardless of the modern controversy, the ancient legends tell us the fall of Lemuria was foretold by their seers, and a few individuals managed to survive this great cataclysm. They eventually made it to dry land in adjoining islands and land masses, including what is today North and South America. The South American survivors preserved the story of the destruction saying it occurred at night when the constellation of the Pleiades was directly overhead.

The legends further tell us that a year later in the autumn when the Pleiades was exactly overhead again marking the first anniversary of the destruction of Lemuria, the survivors called forth their elders from the other side using their usual necromancy in order to seek advice.

Since the elite elders could no longer incarnate consciously into a civilization which no longer existed (conscious reincarnation is a bit trickier than it sounds), it became an annual rite for the survivors, when the Pleiades was exactly overhead, to call forth the spirits of their dead elders for advice.

And thus the tradition began that the dead walk the face of the Earth and talk to humans when the Pleiades is exactly overhead each autumn.

The tradition has morphed over the tens of thousands of years since this legend began, each succeeding culture and civilization adapting and changing it for their own purposes, but the core remains, that the dead can talk to the living for a single night in the autumn.

FWIW, the modern name, Lemuria, dates from ancient Rome, some 2,000 years ago, and refers to an annual Roman festival called Lemuria held every May just before the Sun made its annual conjunction of the Pleiades. The purpose of the Roman celebration was to drive away evil spirits.

But we're talking about October here, so as you’re out trick or treating on Halloween, look up into the sky if it is a clear night and observe the constellation of the Pleiades overhead (located in a corner of the zodiac sign of Taurus). Pause to remember for a moment that you are commemorating the fall of a great and ancient civilization which the legends tell us was destroyed at least 25,000 years ago.

We have 1812 guests and no members online