Residual Energy and How It Impacts the Empath
A+ A A-

Residual Energy and How It Impacts the Empath 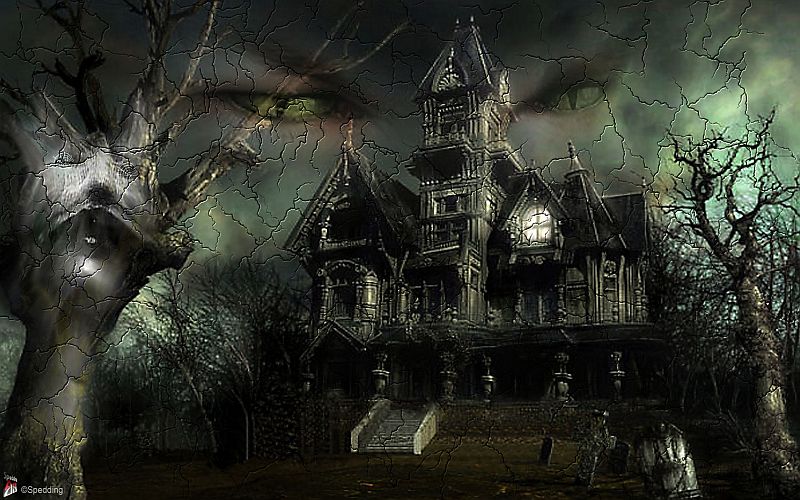 You have probably heard the expression “residual energy”, it is a term all Empaths become familiar with. It is often used when describing the energy remnants left in certain places or buildings by the people who have gone before.

When a traumatic event has happened in an area it leaves a powerful imprint within the energy which Empaths, and anyone who is Sensitive, can pick up on. The same can be said if there has been a lot of anger, hate or erratic emotions within a particular place.

Certain rooms in most houses will contain a host of different vibes and residual energy. Bedrooms, where confused, angry or moody teens grew up, can acquire a heavy dense energy stain. Living-rooms, where families relax and come together, often have a laid back vibe.

I have always sensed residual energy within buildings and locations, but I did not always know what it was I sensed. When I was younger, if I felt a dense energetic imprint in the places I visited, I believed the space was haunted. The denser and darker the energy, the more it convinced me a ghost was about to jump out at me (I had a big fear of ghosts back then). In some cases, the residual energy almost felt like a presence.

I used to naively believe dark residual energy within a house was a sign of malevolence. It took a while for me to understand it is mostly dark painful emotions that caused the dense energy and not some evil act (although that certainly leaves a dark mark).

Most buildings will contain some kind of residual energy. Empaths pick up on these vibes rather like first impressions. We notice them at first but don’t always continue to, if we visit a place frequently.

Just like buildings that hold low level residual energy, there are many places with happy vibes. When a house had been filled with a lot of love or happiness the building feels like the sun is shining indoors.

I remember a particular neighbours’ house, from childhood, that had the sunshine energy. Mr and Mrs Motler were probably in their seventies when I knew them. They were the loveliest, kindest couple you could imagine to meet. They had a smile for everyone and were liked by all. Their loving energy could be felt in their home as warmth and safety. Long after they had passed away and new neighbours moved into their old home, the house still kept the powerfully positive imprint the Motlers left behind.

Energetic imprints can last for many years after they have formed and greatly affect the ambience of a place.

As an Empath we are affected by residual energy in many different ways. You may go to a place or inside a building and feel happy, sad, angry or depressed. It can even affect you physically, making you feel nauseated or faint. Depending on your Sensitivity and the level of an energetic imprint will depend on what you sense and how you react.

If a building is classed as “haunted” an Empath will feel the energy of a presence on entering, but it may be difficult to define from residual energy. The energy of a spirit is often recognized when you feel a presence, or denser energy, at the same time as a dramatic temperature drop. The more aware you become the easier it is to identify between residual energy and spiritual energy.

I have been to places where there is both powerfully positive and darker energy. Not so long ago my husband and I, quite by chance, came across a fascinating little place in the Cotswolds called Cirencester (if you ever go to the UK it is definitely worth a visit). We were on our way to Cheltenham but had time to kill so we decided to do stop and do some exploring. The first place we came across was a medieval church called St Johns the Baptiste.

We looked around the outside before venturing in. When I first entered the church vestibule the energy I picked up was similar to what most other very old churches feel like. However, as I wandered through to the centre aisles, I was hit by the most powerful energy. It felt incredible! Almost magical. It was so intoxicating it brought tears to my eyes. I wanted to hang out in it all day. I could not imagine what had created such an enchanting atmosphere.

As I made my way around the church it became evident the same vibrant energy did not run through the entire building. Some parts had the usual “churchy” vibe (the kind of feeling I normally come across in many of the older churches), some felt “darker and cold” and others felt pleasant, but nothing in comparison to what I felt in the centre of the church. Unfortunately, as we were watching the clock, I did not have time to stay and ponder the magnificent energy of the church. But it is a place I intend to return to in the future and spend more time.

Although a lot of happy events and powerful prayers happen within most churches, there is also a lot of pain expressed within the walls. There are many who turn to the church when they are in deep crisis. Most of the churches I have visited have had a similar vibe and I wouldn’t really say it’s always pleasant (must point out that many of the churches I have visited are hundreds of years old and are steeped in history). Some have a distinct air of reverence, others a deep sense of sadness but one of the main vibes I pick up on is fear and judgement. When people have visited churches through the ages they are always on their best behaviour, children and adults included. Whatever is going on in their lives gets put on hold and the face they show is not a true reflection of their life. Hundreds of people carrying the worry of being judged or berated, for behaving out of turn, creates a powerful vibration. This leaves a strong energetic stain in a place, no matter how many other positive events happen within the same walls.

This was why I was so surprised by the amazing energy of the church in Cirencester. One might say this energy was due to the power of prayer. Prayers do have incredibly powerful energy, but a prayer coming from love has a completely different energy from one coming from fear or lack, which sadly many prayers come from.

I’m sure many other places and churches around the world carry the same amazing energy of St Johns in Cirencester. Places where many people come together and express any kind of emotion creates a shift in the frequency; the stronger the emotions the deeper the imprint. It is interesting to note how residual energy can go from being powerfully uplifting to dark and marauding within the space of a few feet.

As an Empath, the effect of residual energy can greatly affect your balance. When it is positive and filled with warm vibrations it is empowering. Low level energy can change your way of thinking, lower your moods and influence behaviour and decisions. You who will be aware that something is not right, when affected by this energy, although you may not be aware of its origin.

Energetic imprints influence everyone, not just the Sensitive. We’ve all heard of places where history repeats and bad things continue to reoccur: wars, accidents, arguments, etc. This is when unaware people pick up the low level residual energy, take them on and re-enact the script. Low level energy is contagious and can become destructive to the unaware or out-of-balance. High mood residual energy is also contagious and vigorously uplifting but because much of the populace are already in a downcast place, they tend to veer more easily towards the dark.

As humans, we are never happy when in a low mood but, ironically, most humans often stay longer by choice in a dark mental space than in a positive one. Sadly, much of our world has been manipulated to keep us down. When we go under emotionally it proves to be a mammoth task to climb back up and out. This is why it is beneficial for all Empaths to learn to recognize negative residual energy and work to stop it affecting them. We have the ability to project our mood. The last thing any of us would want to be responsible for is taking down another as a result of taking on an energy that did not belong to us in the first place.

My next post will be a continuation of this, but I will also be looking at how the residual energy of individuals can impact the Empath.

If you have a room you would like to clear of residual energy why not try smudging or use the salt method.

I would just like to take this opportunity to say a really huge thank you to all of those who have purchased a copy of 7 Secrets. Also, I would be really, really grateful and appreciative if you get chance, to add a book review on Amazon. Thanks again.

+ - Credit Click to collapse
by Diane Kathrine
Credit: theknowing1.wordpress.com
CrystalWind.ca is free to access and use.
Please support us with a small gift of $11.11 or $22.22 or $33.33.
Thank you!
ॐ Namasté - Blessings!

We have 1645 guests and no members online