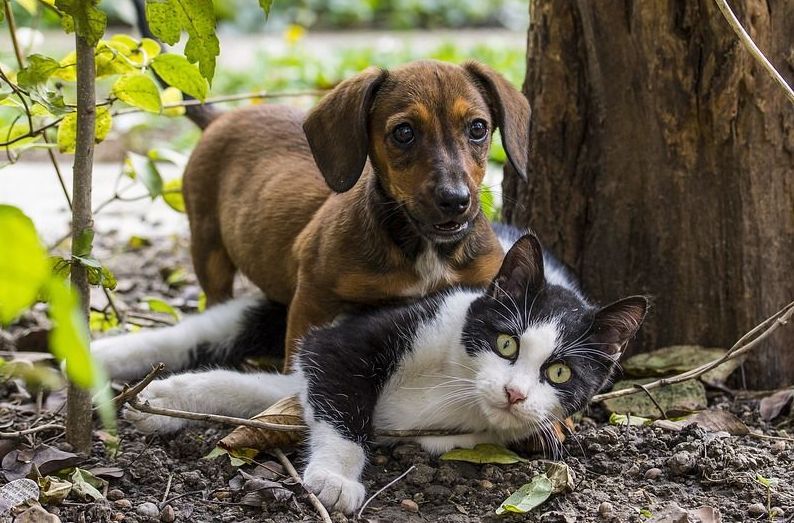 Science Confirms They Can See Frequencies We Can’t.

We immediately liked this post of Cassius Methyl. As animal lovers we can only find ourselves in complete agreement that some animals can see much more than we can.

If, in the developing of the Planet, Dogs and Cats are moving to 3D from the 2D where they are now, it would be possible for a Cats or a Dogs to have more awareness of what surrounds them than a human being anchored in his beloved 3D.

Sometimes it is apparent not all of the humans are actually in 3D, it seems as if they are at 2 and 1/2, and sometimes it feels that the Cat is a much more aware of these people.

It was recently brought to my attention that even mainstream science recognizes cats, dogs, and other animals can see frequencies humans can not.

After reading about it a little bit, it makes sense scientifically in a separate way from spiritually.crystalwind

It’s simple really: the scientific explanation is that cats and dogs can see UV light and a few other rays, which human retinas don’t have the ability to see.

It was previously believed that all mammals had similar eyes to humans, incapable of seeing UV rays, but scientific evidence suggests many mammals can.

A study conducted a few years ago by biologists at City University London, UK provided evidence for this differential in sight between species.

According to Pet MD:

Have you ever felt that your cat or dog can see something you don’t? Well, you may be right, according to a new study. Cats, dogs, and other mammals are thought to see in ultraviolet light, which opens up a whole different world than the one we see, the study explains.

UV light is the wave length beyond the visible light from red to violet that humans can see.

Humans have a lens that blocks UV from reaching the retina. It was previously thought that most mammals have lenses similar to humans.

By researching how much light passes through the lens to reach the retina, they concluded that some mammals previously thought not to be able to see UV actually can.

However, I believe there is something more to this phenomena that delves into the metaphysical realm.

My little sister and I have had experiences where our cats see things that aren’t there. They bat at the air with their paws, meow, hiss, and make strange noises at things that we can’t see.

The most profound time it occurred was right after my grandfather passed. Our cat named Double Stuff was batting at the air, meowing very strangely, and chasing something around the room, trying to jump at it in the air, looking at this thing on the ceiling.

It was almost as if some spirit or entity was floating around on the ceiling and only the cat could see it.

There was no different UV light in my room when the cat did this: so why would the cat only at that time try to chase some invisible things?

Then a few weeks ago, my sister experienced seeing “shadow people,” a phenomena commonly reported by people who suffer from sleep paralysis.

As she saw these shadow entities around the house at night (given that it wasn’t an illusion), the cat started acting strange and scared. It meowed, hissed, did the same things it did before but in a scared way, not bewildered and interested.crystalwind

Do you feel like some other entities exist around us, just as ultraviolet rays exist around us that we can’t perceive, and only certain animals are, perhaps even only sometimes, aware of them? I certainly do from my experience.

We have 2014 guests and no members online