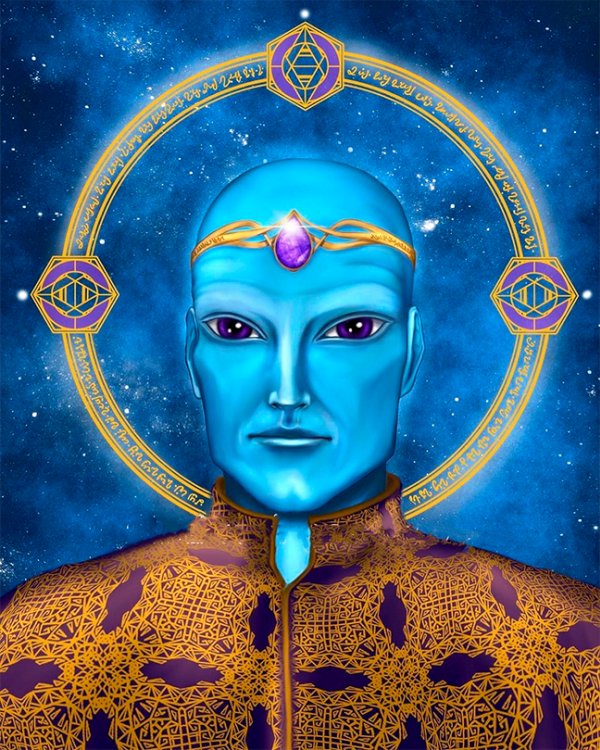 Arcturian society is ruled by what they call the Elders, an 11-dimensional Arcturian group, also known as the Arcturian Oversoul. The Arcturians respect them for their advanced knowledge of their wisdom and for the extremely high and refined vibrational energies they manifest.

Some say they have wings, but some describe them more as circles of light. The higher the vibration frequency, the closer it is to Light, Spirit, or God according to Arcturian beliefs.

All Arcturians are identical in appearance and are proud of it because they have eliminated the tendencies of comparison and jealousy so present in human society on Earth. The Arcturians are the most loving and non-judgmental creatures that can be found among the star races in this galaxy.

In terms of appearance, 5-dimensional Arcturians are short in physical stature, about three or four feet tall, and slender. Their skin is a light shade of pale greenish-blue, they only have 3 fingers, have the ability to move objects with their mind (telekinesis), and are completely telepathic, their eyes are very large and almond, dark brown or black, but their eyesight is mostly the proportion of telepathic abilities and subtle vision (not with physical sight).

Their hearing is highly developed, even surpassing their telepathic abilities, and they have the ability to feel even with the back of their head. They usually live around 350-400 years and do not eat, but feed on an effervescent liquid that has vitalizing properties for the entire body.

Their spiritual progress allows them to never age, and they can also travel beyond time and space. They end their lives when their contract and their mission end. There are no diseases or ailments on Arcturus that were completely eradicated hundreds of years ago.

The Arcturians belong to a group mentality that I call the Arcturian Collective; however, they do not function as a hive mind since each Arcturian has his own personality and can act very individually and independently.

They are highly analytical, but their analyzes are fully integrated with the highest degree of intuition and emotionally enlightened love. This emotional and spiritual healing is the reason why many psycho-spiritual healers have a special connection with Arcturus.

The Arcturians are very gifted healers but differ in their techniques from the Andromeda doctors. The Arcturians collaborate frequently with the Syrians. Together, they created what could be called an "Arcturian / Syrian Matrix" or network. Some sources say they may have some bases on the Moon and/or Mars.

The Arcturian races are very private by nature and engage in earthly affairs only for very specific reasons. They can be very silent and can and will keep a great deal to themselves.

It is known, however, that in ancient times they intervened to help resolve very serious conflicts in our area of the Universe, sharing their unique ability to show others how to integrate their belief systems and feelings to resolve the conflict.

Many souls are transferred to Arcturian spacecraft in a dream state in which they work and receive help, although the Arcturians will never attack human free will, unlike extraterrestrials who kidnap humans such as Gray Aliens.

The Arcturians are here to help people enter the fourth and fifth dimensions of reality and raise their vibrational frequencies. They stand as the guardians and protectors of higher consciousness in the universe.

As a group, they did a lot to raise the general level of consciousness in our universe.

We have 1153 guests and no members online