History of the Pentagram
A+ A A-

Magick vs. Magic - What Is The Difference? 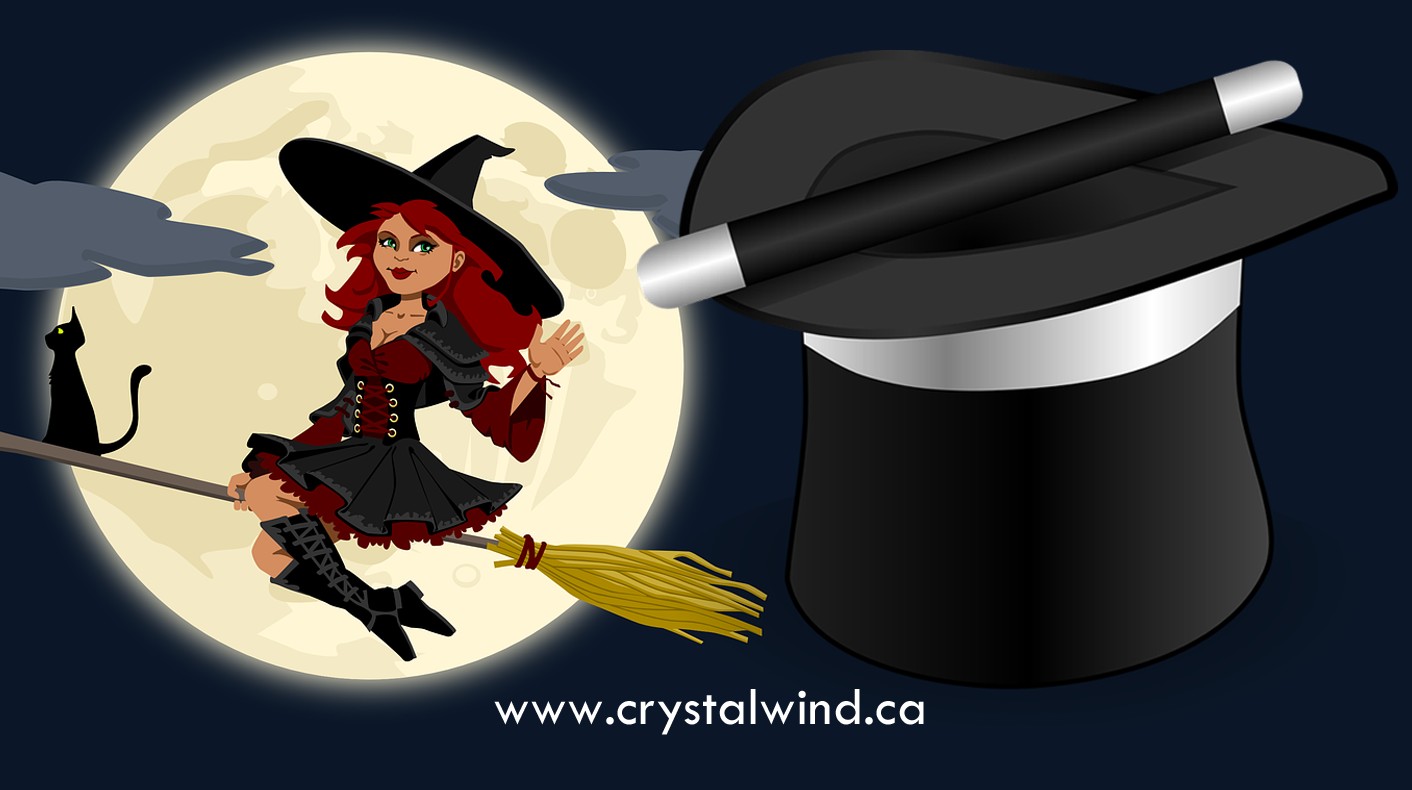 It's quite common today to find varied spellings for "magic". But have you ever wondered why? Of course you might think of it in the same way there's a variation of the word 'color'. In places like Europe and England, they spell 'color' as c-o-l-o-u-r. To distinquish between the American spelling and the Euro-English spelling. However, it's the same thing no matter which way you slice it. Magick is a ways of connecting the practition with Divinity as well as with the earth itself. 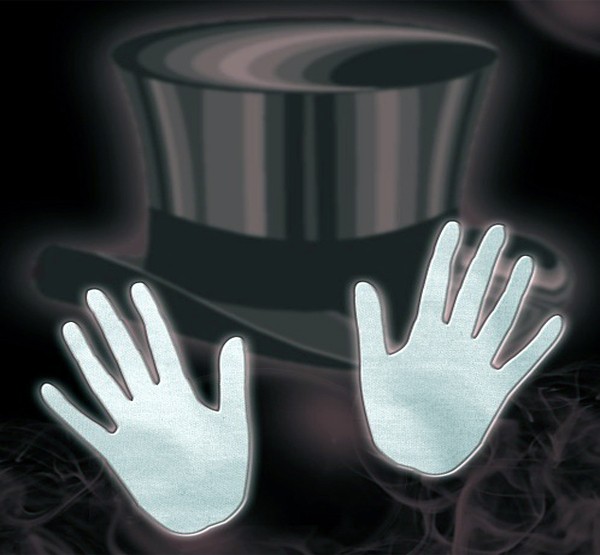 Most people consider magic to be anything from David Copperfield to Witchcraft spells. That is not the case. Any practitioner of witchcraft or occult studies will frown upon it - just like calling a male Wiccan a Warlock. Magic is an illusion and can be better phrased 'stage magic'. Pulling a quarter from a child's ear is magic. Sticking swords through a lady in a box is magic. Disappearing acts are magic. On stage levitation is magic. As the saying goes, "the hand is quicker than the eye." That about sums up the meaning of magic. Magic is a parlor trick. People that perform magic are the masters of illusion. Tricks to make you "ooh and ahh" wondering just how they did that. 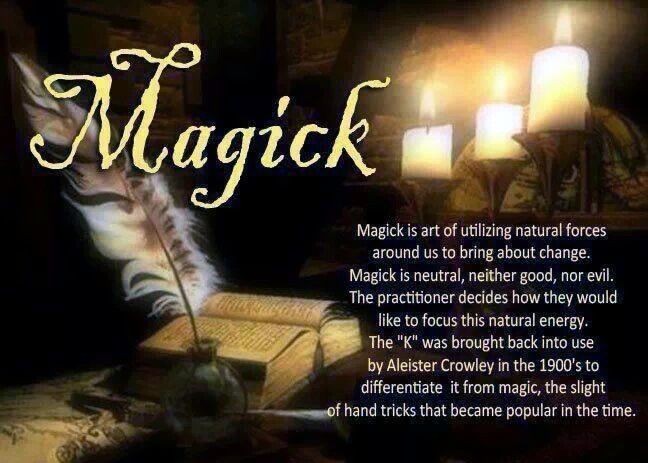 Magick with a k is much different. Magick is performed by witches and occultists. You can have white magick or black magick, but that's up to the subject practising it. The term was actually coined by Aleister Crowley, the self-proclaimed "Anti-Christ" of the early 20th century.. The addition of the 'K' is to symbolise a more 'magickal' word. K is the 11th letter of the alphabet with the number 11 thought to represent hidden energy.
Magick can be summed up as a religious form of prayers. Lady Sabrina, in her book,Wiccan Magick for Beginners, defines magick as a system of concepts and methods of using the subtle forces of nature to help the individual alter reality; to cause change to occur in accordance with will; the art and ability to manifest desire through an intricate system of symbols, ritual, and spell work.

Magick also has it's association with the paranormal and occult (hidden) phenomena, as well as esoteric systems. This includes, but in no way is limited to, telekenisis, esp, psychic healing, the Kabalah, ancient grimoires, and chakras. It also includes symbolism, though one does not need tools in order to perform magick. It's merely there to help you hold your focus.

Those that perform magick go by no title unless it's necessary. They may be called 'magickian', 'sorcerer', 'witch', 'priest/ess', 'minister', etc. Their art is that of self-enhancement, benefiting not only themselves but their communities and environment. Faith healers, chemists, scientists; these are many of your modern day magickians. Magick is the art of changing consciousness in accordance with will (not what you want per say, but your TRUE will) by using personal and natural energies. There is nothing 'supernatural' about it, as all comes from Nature and all will sooner or later return. 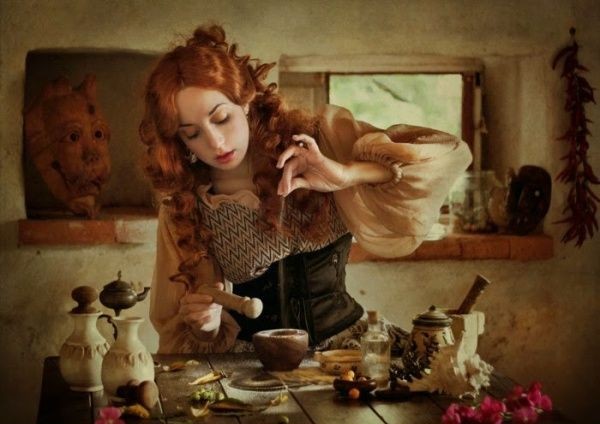 No matter what you call yourself, Witches don't perform stage tricks or acts of illusions. The energy is real. It is the power of one's own mind in conjunction with natural forces. But one thing we have in common with many illusionists is that for magick to be effective, we must first prepare ourselves. We must pay attention to even the finest detail, even if at the time it seems insignificant. Think of it for a moment. If an illusionist isn't properly prepared, something may go wrong, and it could cost him his reputation. The same is true of a Witch.

I don't know any Witches that can pull rabbits out of hats like many great illusionists. Or even walk through the Great Wall of China for that matter! If there are some out there that can, kudos to you. Magic (art of illusion) is something I've always wanted to try may hand at. Somehow, I couldn't even get the knack of the unity rings. Some people have a talent for levitating people, Witches have a talent that is beyond description.

Hopefully this clears up the difference between magic and magick.