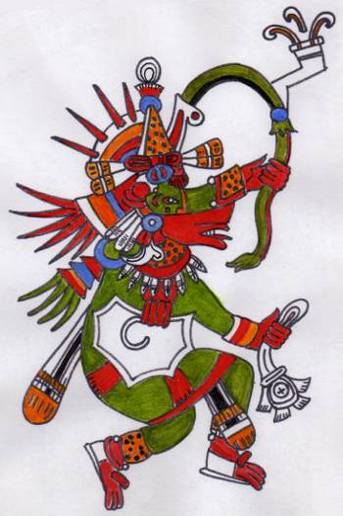 A Dualist Convergence 11000 years ago?

(and the earliest human expression of the Golden Ratio)*

When I wrote the article on the Conscious Convergence a central idea was of course that the dates 17-18 July 2010 were important because they represented a doubling of the Ninth Wave. Thus, these dates merit our attention as focal points to intend convergence towards unity consciousness. When we look at the different waves it is then easy to verify how the time around 1498 presaged the 7th wave that began in 1755 with industrialism and so forth. Similarly, the doubling of the 8th wave beginning in 1999 could be seen in significant regards as to the emergence of personal computers leading up to the Internet. You might say that 1999 was the year when people realized that the Internet was the place to be with the “new economy”, etc. But what happened at the time of the doubling of the sixth wave, something which would lead to 10,250 years ago? Did anything happen then that presaged the emergence of higher civilizations as the 6th wave, the Long Count, began to influence human consciousness 5,100 years ago?

I wondered about this as I wrote the above article, especially since it is indisputable that there have been cities that are older than the onset of higher civilizations in Sumer and Egypt at the beginning of the sixth wave. Examples of such early cities are Jericho and Çatal Höyük, which may be called pre-civilizational and were built several thousand years before the rise of the higher civilizations. Yet, they did not have writing, counting or the other markers that are characteristic of left brain creativity. These older cities were however not as old as to be representative of the doubling of the Long Count, 10,250 years ago, when even agriculture is believed to have only barely began. Yet, I assumed that something significant must have taken place also at this doubling time presaging the dualist civilization that emerged as the Long Count began. This to me unknown event should have reflected a spiritual awakening heralding the emerging dualist thinking. Yet, since I have a scientific approach to my work, and do not readily want to speculate about things that cannot be substantiated with hard evidence, I decided when I wrote the previous article just to ignore the issue what exactly might have happened at the doubling time of the sixth wave.

In the few weeks since I wrote that article this lack of factual basis has however dramatically changed with the report of an archeological finding that promises to rewrite history. My friend Jeff Grant in LA alerted me to an article in Newsweek that describes what could easily be interpreted as a parallel to the Conscious Convergence: 11,000-10,000 years ago (http://www.news week.com/id/233844/page/1). Be aware that what has been found here are the very oldest stone constructions known to the world making this a find of the very highest significance. It is very rare that archaeological finds of this importance are made. Also take note that the erected stones appear very close in time to when you would expect this to have happened based on the Mayan calendar – at a doubling of the time when such constructions began on a large scale in Egypt and Sumer. Thus, they provide the link that was missing in my previous reasoning. I feel this is such an interesting article that it deserves to be read in full.

A remarkable thing that the Newsweek article says is that Göbekli Tepe seems to predate agriculture thus shifting around some ideas held for long among historians and in fact threatening the materialist bias of this science. Instead, you get the feeling that what took place there was a “dualist convergence” of a spiritual nature, where the new energy of duality brought people to create the earliest manifestations of what was later to come. This gives increased credibility to an idea that has been central to my work all along, namely that it is the evolution of consciousness, and the changing energies described by the Mayan calendar that drives history and not the other way around. When people in other words came in resonance with the new energy of duality that was then coming in they started to create a dualist reality and erect symbols of the World Tree to herald this. Thus, they did not wait for agriculture to provide a material basis for their existence to manifest expressions of dualist creativity.

Another way of interpreting this is to say that it was only after people in the Fertile Crescent (where most plants used for agriculture originate) had created a relationship with the Tree of Life (some would say worshiped it) they knew what plants to cultivate. A new resonance had to be created with the Tree of Life. To the ancient peoples of this planet the Tree of Life was the central creative principle of the universe and they understand that a relationship to this was vital to life (incidentally this was realized also by Christianity that turned it into a cross). In the Book of Revelation a new Tree of Life is prophesized to stand in the center of the world to come and we now see its return in popular culture such as the Avatar movie.

The picture in the article tells us all about this shift to a dualist frame of consciousness through the symbol of a large T-shaped stone erected as an image of the World Tree.* We should then also remind ourselves that the Mayan inscriptions explicitly say that the beginning of the Long Count was effected by the “Erection of the World Tree” so that “the light could enter”. What we see at Göbekli Tepe (in Turkey) are thus a forerunner of this and we have reasons to believe that the people that erected this site had exactly the same sense of resonance with the Tree of Life as the Maya did, albeit for the pre-wave of history. 11,000 year old stone T’s presaged the later World Tree symbols and the cross that later with the sixth wave would become widespread. As we now know, it was the Yin/Yang-polarity (emanating from the Tree of Life) favoring the left brain half that created human civilization beginning 5,100 years ago. It is then not so far fetched to look upon the hunters and gatherers who built Göbekli Tepe as having “set up” a “Dualist Convergence” in honor of the World Tree and heralding the new consciousness to come whether they were actually aware of this or not.

Of course, the Conscious Convergence July 17-18, 2010 is not about creating such a dualist civilization as 11,000 years ago. It is about bringing us back to unity with the ninth wave after the long expulsion from the Garden of Eden that the sixth wave brought. Yet, the duality of the sixth wave played a necessary role in history and certainly we owe our present civilization much to the mind set it created. It seems now however that if we are to attain the highest state of consciousness in the cosmic creation scheme we need to transcend this duality and converge in preparing for the ninth wave.

*Some of the text in the Newsweek article could have been taken directly from my book The Purposeful Universe (Inner Traditions, 2009) such as the connections between the T-shaped stones, the Tree of Life and the human body. The Big T shown on the picture in the article, similarly to the centriole, also has approximately the dimension of Phi, the Golden Ratio (I measure roughly 1,6 in the picture) showing a very early awareness that the Golden Ratio has its origin in the Tree of Life.

This also raises the question whether the letter T has an origin in the World Tree, something that seems at least to be true for the Mayan symbol Ik. After all, T is a letter in the Latin script that first emerged under the World Tree line through Rome that separates the Eastern and Western Hemispheres (even though it has a forerunner in the less symmetrical Greek letter τ, tau). The great T-stone in Göbekli Tepe may then really be an early forerunner to writing the most basic symbol reflecting the Tree of Life that later turned into the letter T. Similarly, this introduction of duality may have been what prompted the emergence of counting. I believe, contrary to many, that human counting did not begin with the number one, but with the number two and the sound for d/t is prevalent in many languages in their words for he number two.