Everyone Needs a Place to Sleep
A+ A A-

The Reason Some People Always Focus On The Negative 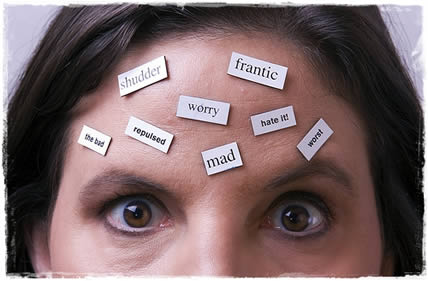 If we look at the physical world, we find that negativity is present — ordered things have shown the tendency to become disordered sooner or later, however natural. The same applies to human behavior, however genetic. A new study by a University of British Columbia researcher finds that some people are genetically predisposed to see the world darkly.

It is interesting to see that the human mind which is considered to be the most ordered and conscious system in the world is not left untouched by the negative effects of the environment. Negativity is all-pervasive, it seems.

The study, published in Psychological Science, finds that a previously known gene variant can cause individuals to perceive emotional events–especially negative ones — more vividly than others.

The ability to regulate emotions is essential to both mental and physical well-being. Conversely, difficulties with emotion regulation have been postulated as a core mechanism underlying mood and anxiety disorders.

The ability to identify and distinguish between negative emotions helps us address the problem that led to those emotions in the first place. But while some people can tell the difference between feeling angry and guilty, others may not be able to separate the two. Distinguishing between anger and frustration is even harder. Emotions can also become problematic — for example, for people with depression who can’t stop thinking about negative thoughts.

“This is the first study to find that this genetic variation can significantly affect how people see and experience the world,” says Prof. Rebecca Todd of UBC’s Dept. of Psychology. “The findings suggest people experience emotional aspects of the world partly through gene-coloured glasses — and that biological variations at the genetic level can play a significant role in individual differences in perception.”

The study’s 200 participants were shown positive, negative and neutral words in a rapid succession. Participants with the ADRA2b gene variant were more likely to perceive negative words than others, while both groups perceived positive words better than neutral words to an equal degree.

“These individuals may be more likely to pick out angry faces in a crowd of people,” says Todd. “Outdoors, they might notice potential hazards — places you could slip, loose rocks that might fall — instead of seeing the natural beauty.”

The findings shed new light on ways in which genetics — combined with other factors such as education, culture, and moods — can affect individual differences in emotional perception and human subjectivity, the researchers say.

Further research is planned to explore this phenomenon across ethnic groups. While more than half of Caucasians are believed to have the ADRA2b gene variant, statistics suggest it is significantly less prevalent in other ethnicities. For example, a recent study found that only 10 per cent of Rwandans had the ADRA2b gene variant.

The increased risk of depression that comes with negative thinking also seems to rub off.

In the study in Clinical Psychological Science, researchers looked at 103 pairs of college-freshmen roommates’ “cognitive vulnerability,” which is the tendency to think that negative events are a reflection of a person’s own deficiency or that they will lead to more negative events. Those with high cognitive vulnerability are at an increased risk of depression, studies have found.

“We found that participants’ level of cognitive vulnerability was significantly influenced by their roommates’ level of cognitive vulnerability, and vice versa,” the researchers wrote. All roommates in the study were selected randomly; students did not choose their roommates. Only three months of living together was needed for this contagiousness to be seen.

The researchers also found that those who experienced an increase in cognitive vulnerability during the first three months of college had nearly twice the level of depressive symptoms at six months, compared with those who did not experience an increase in cognitive vulnerability, according to the study. The effect was particularly strong when participants were under high-stress conditions.

They noted that genetic, biological and environmental factors all likely play a role in a person’s level of cognitive vulnerability.

Further research is needed to determine whether cognitive vulnerability may change over time, the researchers said, noting that college freshmen are in a unique social environment.

“Our findings are consistent with a growing number of studies that have found that many psychological and biological factors previously thought to be set in stone by adulthood continue to be malleable,” the researchers said.

Josh Richardson is blogger, healer, and a constant pursuer of the natural state of human consciousness.