This One Mineral Reduces Oxidative Stress, Repairs DNA, And Leads To Mechanisms Which Extend Life 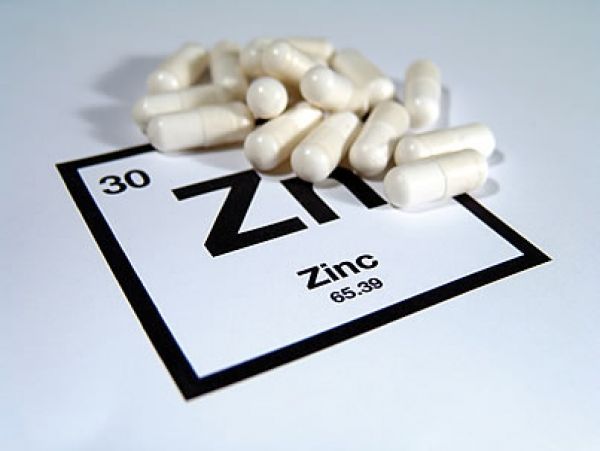 One of the biggest mineral deficiencies in the world is Zinc, with as many as two billion people around the world being in a daily deficit. A modest 4 milligrams of zinc extra every day in the diet may reduce DNA strand breaks and improve levels of proteins involved in DNA repair, oxidative stress, and inflammation. A study published in the American Journal of Clinical Nutrition, is said to be the first to show that a modest increase in dietary zinc reduces damage to DNA which extends life.

Dietary shortages of crucial minerals like zinc may be keeping almost a third of the world's people from optimizing their immune system. Studies at Oregon State University and elsewhere are raising concerns about the health implications this holds for infectious disease, immune function, DNA damage and cancer.

"We were pleasantly surprised to see that just a small increase in dietary zinc can have such a significant impact on how metabolism is carried out throughout the body," said Dr Janet King, Senior Scientist at UCSF Benioff Children's Hospital Oakland Research Institute (CHORI) and lead researcher in the study.

"These results present a new strategy for measuring the impact of zinc on health and reinforce the evidence that food-based interventions can improve micronutrient deficiencies worldwide."

Although researchers have identified zinc deficiency as a primary cause of ailments as we age, it is quite common in the developing world. Even in the United States, about 12 percent of the population is probably at risk for zinc deficiency, and perhaps as many as 40 percent of the elderly, due to inadequate dietary intake and less absorption of this essential nutrient, experts say. Many or most people have never been tested for zinc status, but existing tests are so poor it might not make much difference if they had been.

"Zinc deficiencies have been somewhat under the radar because we just don't know that much about mechanisms that control its absorption, role, or even how to test for it in people with any accuracy," said Emily Ho, an associate professor with the Linus Pauling Institute at OSU, and international expert on the role of dietary zinc.

However, studies have shown that zinc is essential to protecting against oxidative stress and helping DNA repair - meaning that in the face of zinc deficiency, the body's ability to repair genetic damage may be decreasing even as the amount of damage is going up.

Two studies recently published, in the Journal of Nutrition and the American Journal of Clinical Nutrition, found significant levels of DNA damage both with laboratory animals and in apparently healthy men who have low zinc intake. Zinc depletion caused strands of their DNA to break, and increasing the intake of zinc reversed the damage back to normal levels.

"The consequences of zinc deficiency in adults have been understudied despite the recognition of symptoms of zinc deficiency for decades," researchers wrote in one recent report. "A considerable body of evidence suggests that zinc deficiency may increase the risk of some chronic diseases, including cancer. This link may be attributed to the role of zinc in antioxidant defense and DNA damage repair."

Zinc is an essential part of nearly 3,000 different proteins, and it impacts how these proteins regulate every cell in our body. The micronutrient is required for many biological processes, including growth and development, neurological function and immunity. It is naturally found in protein-rich foods such as meat and shellfish, with oysters among the highest in zinc content.

The 4 mg increase used in the new study is equivalent to what biofortified crops like zinc rice and zinc wheat can add to the diet of vulnerable, nutrient deficient populations.

Results showed that total absorbed zinc increased with increased dietary zinc, but the concentration of zinc in the plasma did not change. The bodyâ€™s zinc pool also did not change, said the researchers.

DNA strand breaks in leukocytes were decreased with increased dietary zinc, said the researchers, while the dietary zinc increase also restored the level of proteins involved in DNA repair and antioxidant and immune functions.

"The multiple metabolic responses to a marginal increase in dietary zinc that were observed in this study suggest that the framework that is used to evaluate zinc status needs to be modified," wrote the researchers. "Modest changes in dietary zinc, as is typical with changes in the composition of human diets, caused a shift in the serum concentrations of multiple proteins, thereby reflecting several metabolic functions rather than a single, specific biomarker.

"Proteins that are associated with preventing DNA damage, oxidative stress, and inflammation changed without any changes in [plasma zinc concentrations]. We suggest that a combination of endpoints that are linked to a key metabolic function (i.e., DNA damage) can be used as bioindicators of the relation between zinc nutrition and a nonspecific functional outcome."

According to King, these results are relevant to the planning and evaluation of food-based solutions for mitigating the impact of hidden hunger and malnutrition. The CHORI scientist believes that biofortification can be a sustainable, long-term solution to zinc deficiency.

We have 2147 guests and no members online