The Meaning of Commitment
A+ A A- 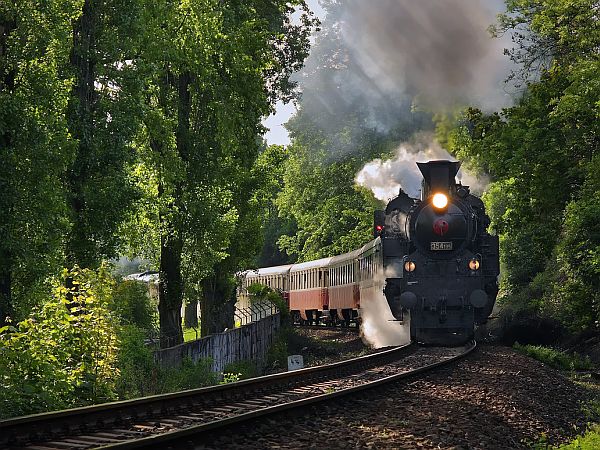 Trains have been a topic of symbolic discussion for a while – often referring to the synchronicity train we seem to ride along together. I love their magickal quality to be able to instantly evoke the powerful imagination. This reminds me of childhood stories and animated movies centered around trains.

And there’s of course the Hogwarts Express at King’s Cross Station that Harry Potter and the other wizards and witches take between London and Hogsmeade Station to Hogwarts Castle. 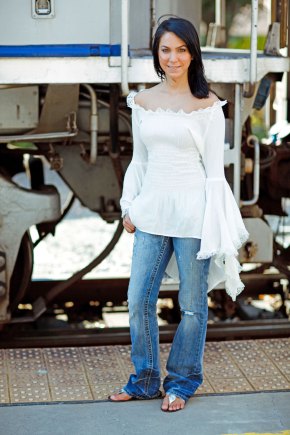 Most of you will also remember The Polar Express that seamlessly blends the dream world with reality, as it describes a journey (both literal and symbolic) that brings about transformation for the characters and the reader as well. We are reminded that the world is full of wonder and all you need to do is look for it, listen, and believe.

I’m called to remember my first journey I took alone, which in fact was a train ride. Interesting I chose this mode of transportation to mark the beginning of what would be many more journeys I would continue to take. Up until then, all of my traveling had been with my parents and brother. My brother and I were lucky our parents took us everywhere and that they were already supporting the adventurous path that was surging from my blood from the get-go.

But it was a magickal train ride up the west coast – destination Montana – that I did take, enjoying my sleeper car, meeting new people, taking in the beautiful vistas from sunrise to sunset, and lots of time reflecting. It was an incredibly opening journey in many ways, but that’s for another story.

The reason it was called to mind, is that a few nights ago I had what seems to be (at least by my limited memory lol) the first dream I remember where I was on a train, and the energy was very similar to my train trip, but with an element of enchanted mystery. 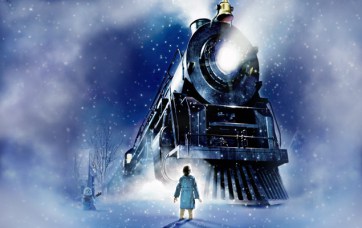 That along with the recent train horns sounding in the distance, which has suddenly begun in the last few weeks here – our nearest Amtrak train station is about 8 miles from the house – has gotten my attention. I have found the sound of the train, as it passes through, igniting an excitement and warmth inside causing me to pause and take it in.

Being someone who keeps conscious vigil on what is going on inside and around me, I have understood the trains also messaging me.

Indeed, a new journey is in sight, as I continue to ride out the rest of this year. And despite not knowing what is to be, I am assured I am on the right “track.” 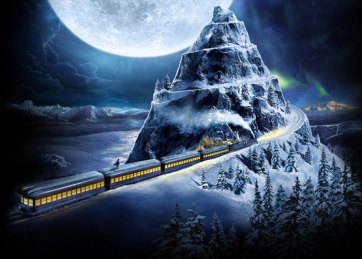 Some of the elements of my dream I remember included being on a very large train that had three levels. I had my own sleeper car that was at the bottom level and I remember going up winding stairs to the other levels and that everything was dark, but warm, inviting, and exciting.

I don’t remember getting on the train…I don’t remember getting off. I don’t even know where I/we were headed. And I don’t recall seeing anyone or anything, but feeling and knowing they were there. Somehow I was in a parallel reality, layered over the one happening simultaneously, so it had a magickal feel to it, similar to how The Polar Express weaves dream and reality together with the train being that bridge.

I knew that the train symbolized a journey – my journey – and the constant, shifting and evolving journey of life, but I was interested in delving further into more meaning, so I began researching to see what I could find.

And a lot I did, which I thought you might enjoy reading about, if in fact trains have or are showing up for you, in some way.

The journey a train represents, can be symbolic of not just a literal journey/trip you will be taking soon, but also the journeying into regions of the psyche that are unexplored. Sometimes even, journeying into a new relationship – with self, another, business partner, etc. It can also indicate a journey into a new facet of your life that entails a new destiny.

I find my being in a sleeper car on the train to be comforting, as for me, it indicates my always feeling at home where ever I am, or am led.

Since the train is a mode of transportation controlled by someone other than yourself (unless you dream yourself as the engineer), it can symbolize a powerful force guiding you, which you may either feel flowingly aligned in trusting, or for some, you might feel you have no control and that can cause anxiety. In my dream, this felt very relaxed and peacefully relieving, which is what I’ve been feeling in waking life of trusting completely in where I’m guided, whatever that means or takes.

They say that if the train in your dream crashes, this may symbolize a force that is less beneficial – no crashing in my dream!

And since train travel isn’t as common as it is in other countries, it can also symbolize a way of doing something you’ve always done, that needs to be let go because it is outdated. Well, this is perfect, as I have been letting go, phasing out, and cutting out things in my life that to others may seem surprising, but I realize it’s time for something else. No need to continue what’s been done for lifetimes. And definitely seeing the end to contracts with others and myself, as I wrote in my year-end post:

…we are starting to activate more responsibility, empowerment, collective connection, and gentle grace to shine as brightly as we want, after having been released from contracts we’ve fulfilled. Many of you don’t realize you can relinquish these, are in denial and choosing to diminish yourself, or are still empathing others and waiting on others to step up before you will allow yourself to.

This is all done. This coming year, especially, the time has come to act upon being your shiniest ever. Leading by example will become your way of living, rather than an idea you aspire to and throw around as a positive quote when it fits the bill.

On the other end of the spectrum though, it could also mean simultaneously to do something new, or to do what you’ve longed and dreamed of, to enact visionary ideas into manifestation, even if it is NOT, and BECAUSE it is NOT, the “common” way. It is time to be uniquely you and create new experiences and systems that are more expansive.

Since trains are mass transit vehicles, it could mean that you are conforming to what others around you are doing, rather than doing what you believe is best and in alignment with your truth. It can also mean doing something methodical. 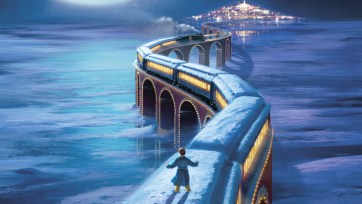 For me, since I was in a parallel reality, while still on the train of life with everyone else, yet on my own train, this would point to me that the journey I am taking or to take, is one that is outside the mass experience.

But since trains run “on tracks”, the symbolism of this points to encouragement and nudges that you are on the “right track”. Yay!

All of these things, including any dream you have, really have a lot to do with how you associate things and believe or feel about them. So it’s important to see how you feel about trains in waking life to understand how your psyche is messaging you. Dream interpretation is general and there are so many ways to interpret anything really. So it is a process to learn what things mean for you and how they relate to your belief system, in order to find the key that unlocks the meaning of your dream.

For instance, if when you think of trains you don’t feel them to be outdated/uncommon, but rather prefer or enjoy them, then that would shift the above meaning about your continuing on an old track that needs to be changed. In which case, dreaming of trains may have very positive reinforcement for you, as mine felt to be, unless of course there’s a crash or the train derails.

And like anything, and definitely with my own dream I shared, there are many layers…some of which you won’t uncover consciously and truly don’t need to, as they are, and have, done the work and recalibrating needed while you were dreaming them into being. Or, will come to make sense and click for you, when the time is right. So just make note of the dream, maybe journal it even, and you can flip back to it with an ah-ha! later on.

I also found information sharing, of course, that derailments symbolize something unsafe you are feeling, anxiety, fear, and warnings with serious consequences. Missing a trains may be a missed opportunity and waiting for one may mean you are waiting on something to happen and feeling helpless to affect the outcome. Train wrecks are indicative of being on the wrong track and headed for disaster, or that you are not being conscious of everything going on around you in order to make wise decisions.

There’s even info indicating trains can be a sexual symbol and represent sexual desire.

If you’re on, or see, a freight train they say that refers to burdens and problem you are hauling around, an omen of changes, or manual labor. Passenger trains can relate to spiritual and mental work (this was the kind of train I was on) and playing with model trains can speak to your wanting more control and power over your own life.

Dreaming of trains in general can be a metaphor for being “in training” for something as well, and the perseverance needed for what’s ahead. 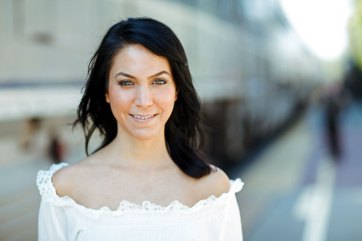 I’ve always known that our cars represent our vehicles in life, but the same holds true for trains, buses, boats…they represent a part of the total and true self traveling through the journey of your life. And in the case of the train, you are able to see the views through which you travel in greater depth and expanse, being that trains travel through areas cars cannot. So perhaps this speaks to having vision of the paths and possibilities with great clarity, as well as monitoring the environment that will bring changes to your life and personal growth.

In my “darker” dream, it seems the vision was one that came from within, since I don’t remember seeing the landscape – only enjoying the journey. I was being guided by a trusted force and embracing the journey, since I was quite happy on my “dream” train.

Indeed, the train symbolizes your life’s journey and validation of heading in the right or “challenged” direction, whether you can see it or not.

Whatsapp
back to top
How You Attract Information In A Vibrational Universe
Quarantine Memories: Insights From The 2020 Pandemic
Wilhelm Reich ~ Orgone Energy - Video

We have 1593 guests and no members online