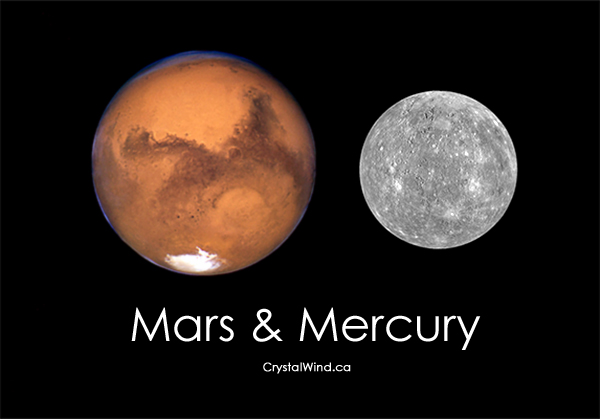 Yes, we have a major friction about to be cut loose next week! When Mercury enters Scorpio on November 5, it will officially begin conjuncting Mars through mid-November. Any time Mercury and Mars come together things get very agitated very quickly, so slow down, be careful, and watch out for people on the roads doing abrupt and dangerous things! Of course there’s more…

Because of the “Translation of light” created by Mercury moving forward to its conjunction with the Sun, and Mars in between the two, this re-activates a Sun conjunct Mars energy, but this time in Scorpio instead of the actual conjunction in mid-Libra. With the Sun/Mars back in play, it amps up the tension to a very high level! So we have a “stellium conjunction” which begins in early Scorpio and spans the entire sign, because Mercury will continue to chase the Sun even after it conjuncts Mars.

Moon enters Aquarius at 7 pm PDT on the 9th. Mercury conjuncts Mars at 5 am PDT on the 10th at 8 Scorpio, followed immediately by Moon in Aquarius square Mars and Mercury just 3 hours later. The Moon conjuncts Saturn, then Mercury squares Saturn, and Mars squares Saturn between 10 am and 3:30 pm PDT. This brings maximum volatility to the entire day, and echoes the squares from 8 Taurus to 8 Aquarius last January!

I believe this marks a time of major meltdowns globally. It gives the ability to anticipate things to come using skill and foresight. Because a square shows maximum ripples for a degree and a half after the exact square, be especially careful on the 11th and 12th as well.

Then There Are Oppositions the Week After That!

Because the recent New Moon happened at 13 Scorpio exactly opposed Uranus, pay very close attention to the events, signs, signals, and news on Saturday November 13 when Mercury opposes Uranus. This will have effects for the next four days because Wednesday November 17 Mars opposes Uranus and Moon conjunct Uranus also opposed Mars, in effect through November 19.

In any case, be careful, and if there are sudden, abrupt, or hard edged events, show good Leo heart strength and nobility. Welcome to the Scorpio New Moon energy of 2021!

The Creator: Journey Or Destination