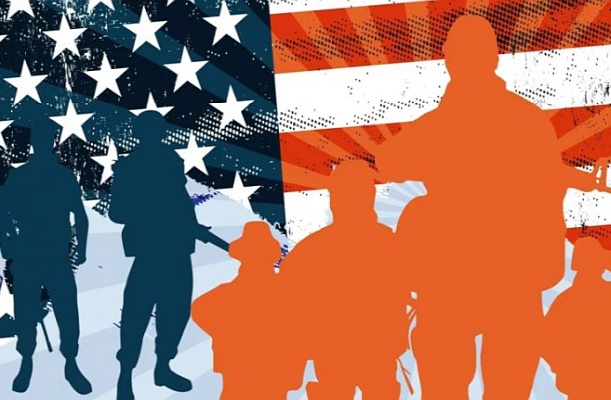 The Taurus full moon on Saturday, October 31, 2020, is the second full moon of the month. So this is a Halloween Blue Moon! And the blue moon October 2020 astrology is rare and powerful for other reasons.

The October 31 blue moon is extremely close to Uranus, the planet of change and revolution. So unexpected change and uncertainty may cause anxiety, impatience, and an inability to relax.

The impulsive and unpredictable October 31 full moon has consequences for the US presidential election on November 3, 2020. Mercury stationary direct square Saturn on that same day increased the risk of delays, frustration, and disagreement. Civil unrest, violence, and rebellion are possible.

The October 31 full moon at 08°38′ Taurus is almost exactly conjunct Uranus at 08°41′ Taurus. This is an extremely powerful and very disruptive influence for the next two weeks.

Mercury retrograde square Saturn is another challenging influence in the full moon chart below. It also lasts about two weeks because Mercury is hardly moving, and stations direct on November 3, 2020.

Finally, a fixed star at 07°57′ Taurus has a violent influence but it rewards hard work and is a good omen for marriage. 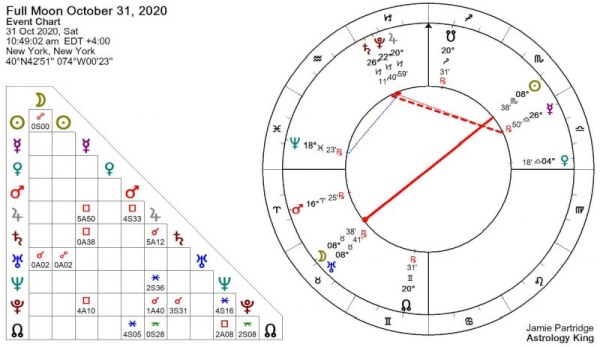 Full Moon conjunct Uranus can make you feel restless, anxious, impatient, and jumpy. A sense of impending change can make it very difficult to relax. Emotional volatility and rebelliousness may lead to odd behavior, impulsive actions, rapid changes in direction, and even accidents.

Unexpected events and sudden changes can have a very unsettling effect on relationships. You may have to deal with temper tantrums, emotional detachment, separation, isolation, and a general lack of stability and security.

This erratic and unpredictable full moon is best approached with adaptability, flexibility, and open-mindedness. In this way, opportunities will arise to make creative and positive changes in your life. You will have more freedom to follow your own unique path and express your true inner self.

The full moon conjunct Uranus, Mercury square Saturn, and Mercury retrograde can all cause impatience and a lack of concentration. So it is extremely important to listen carefully, pay attention to detail, and think twice before making important decisions. Seek trusted, professional advice if involved in contracts, business, or legal matters.

And like the blue moon October 2020 conjunct Uranus, Mercury retrograde square Saturn can cause distance in relationships and a sense of isolation. Words can easily become mean, offensive, shocking, and hurtful.

The October 31 full moon in the Sign of Taurus aligns with the brightest star in the Constellation of Aries. This discrepancy is due to the precession of the equinoxes which has moved the Sun Signs almost a whole Sign out of alignment with the Constellations from which they were named over 2000 years ago. 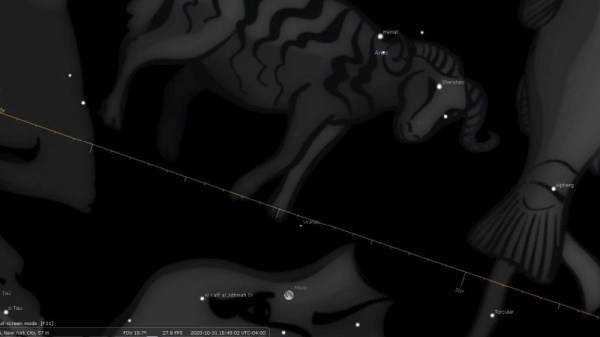 Fixed star Hamal is of the nature of Mars and Saturn. It causes violence, brutishness, cruelty, and premeditated crime.

MacKenzie Scott has Moon, Venus, and Saturn conjunct Hamal. Her marriage partner certainly made “gains by business or speculation”. She was married to Amazon founder Jeff Bezos and is now the richest woman in the world.

At the personal level, you may feel unsettled and restless. Emotional distance and trouble expressing your thoughts and feelings can bring frustration and sadness.

Thankfully, the fixed star with the Moon gives the patience to deal with these challenges. Patience will allow you opportunity amid the uncertainty. And the star also brings success from hard work and is good for making friends and getting married.

At the mundane level, Mercury stationary direct square Saturn, on the same day as the US presidential election, following a full moon conjunct Uranus, is worrying, to say the least. A contested result is possible but there is also a risk of civil unrest, violence, rioting and rebellion.

The October 31 full moon lasts for two weeks up to the November 15 new moon. Its influence is combined with that of the October 16 new moon. That new moon was square Jupiter, Saturn, and Pluto. This is causing anger, resentment, frustration, and a ruthless quest for power. This could result in polarization, extremism, conflict, and violence.