Broccoli Sprouts Can Flush Environmental Toxins from Your Body, Fast 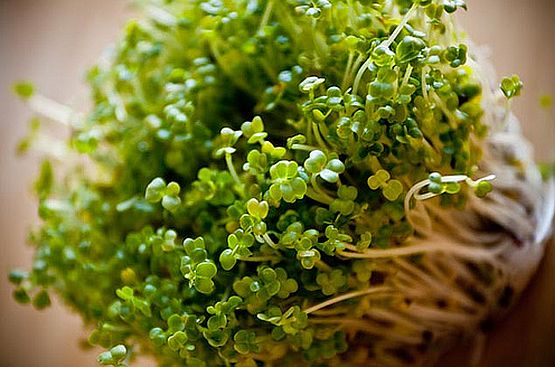 A new clinical trial is showing that the tiny sprouts of broccoli can help neutralize air pollution and its toxic contaminants in the body.

People suffer from air pollution every single day, many not realizing that this exposure may be the cause of their medical woes. Air pollution causes cardio-respiratory deaths, asthma, pulmonary disease, and chronic respiratory conditions, among other ailments. It also adds to less severe problems, but equally as annoying, such as allergies, colds, and flu.

What’s more – the International Agency for Research on Cancer (IARC) has recently classified air pollution as carcinogenic to humans, so it makes sense to consume a food that might allay the damage caused by carcinogenic environmental chemicals.

Researchers from Johns Hopkins University and a few other institutions in the U.S. and China tested the power of broccoli sprouts to protect people from air pollutants.

In a 12-week randomized, placebo-controlled study of 291 Chinese adults in the Jiangsu province of China – one that has very high levels of air pollution – they found broccoli sprouts were extremely effective.

In the study, half of the participants were asked to consume approximately half a cup of a broccoli sprout drink every day. The control group drank pineapple and lime juice.

The results were published in the journal Cancer Prevention Research. They discovered that throughout the 12-week period the participants taking the broccoli sprout drink increased their rate of excretion of benzene by 61%.

So, why exactly is it important to excrete benzene? It is a known carcinogenic compound. It comes in the form of car and truck exhaust, emissions from coal and oil combustion, and evaporation of industrial chemicals like at gas stations. You also inhale benzene if you are a smoker.

In effect, participants who drank a broccoli sprout juice could effectively reverse some of the damage from sucking down a tailpipe full of carcinogenic fumes for one month.

In addition, the study participants taking the broccoli sprout drink increased their excretion of acrolein by 23%. Smoking and secondhand smoke is also a source of acrolein, but so are industrial wastes, like burning gasoline and oil. Acrolein is toxic to humans; inhalation exposure may result in upper respiratory tract irritation and congestion.

The toxins are likely defeated in the same way that other cruciferous vegetables do their work.

When glucoraphanin is chewed or swallowed, it produces a cancer-protective compound called sulforaphane. This substance activates enzymes that gather up the pollutants and flush them out in our urine and feces.

Researchers in this particular study were surprised by the rapid rate at which sulforaphane was able to clear toxins from the body. Also noted was that the broccoli kept on working. They retained their high level of effectiveness throughout the 12 weeks.

Though you would have to drink a whole lot of broccoli sprout drinks to get rid of all environmental toxins, this research points to the possibility of alleviating a good deal of the toxins. And when coupled with other agents of detoxification, broccoli sprouts could be a very effective way of reducing cancer rates and other issues caused by environmental pollutants.

Researchers have not yet tested to see if other contaminates like pesticides, dioxin, herbicides, DDT, etc. are removed from the body with broccoli sprouts, but why not add them to your diet for good measure anyhow? Especially since broccoli has been shown to eliminate certain stem cells that make cancer live forever. Further, the sprouts are often 50-100 times more powerful than the full-grown plant itself.

We have 2108 guests and no members online