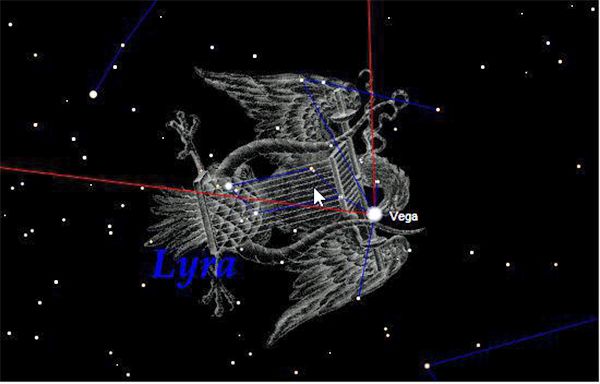 Approximately 6.4 million years ago, the humanoid Vegans began to spread throughout the Lyra constellation. At this time, they first encountered advance scout parties from the Anchara Alliance. Because of their prior experience with these dark forces, the fully-conscious humans were able to fight them to a standstill. Over the next four million years, they continued their stellar and cultural migration to the Sirian star system (8.6 light years away) and on to the edge of your solar system. By the end of this period, galactic humans had agreed with your local Spiritual Hierarchy to colonize Mother Earth as well as other planets in your solar system.

The first Earth colony was called Hybornea. Begun under the divine supervision of your local Spiritual Hierarchy, it flourished for nearly one million years. When the Orion-ite group returned to your solar system (around 1 million years ago), they found that humans controlled most of it. All that remained for them was a small colony of Reptilians on the planet Maldek. Maldek was the large water world just beyond the orbit of Mars. Approximately 29,000 miles in diameter (about 4 times the size of Earth), it had five moons - four natural and one artificial. This artificial moon was used for observational purposes and is the one you now see in your night sky. In addition to their headquarters on Maldek, the forces of Anchara maintained a small company of outpost personnel scattered across the outer edges of your solar system.

Around 1 million years ago, the forces of the Alliance from Orion, aided by those from the planet Maldek, began a broad-based series of attacks upon your solar system and many other star nations. Anchara's forces were able to destroy the Galactic Federation of Light colonies on Mars, Venus, and Earth. These attacks depleted most of Mars' atmosphere and water and left Venus in a virtual greenhouse condition. A series of quick savage attacks thoroughly decimated Earth's original human colony of Hybornea. Once more, the dark Anchara Alliance controlled your entire solar system for the next 100,000 years.

About 900,000 years ago, in a massive full frontal attack which included many neighbouring star nations, the dark Alliance was pushed back. Galactic Federation of Light humans were now able to return to your solar system. To aid their return, the Galactic Federation of Light brought in a large battle planet. This is the star vehicle your legends refer to as Nibiru. Its purpose was to destroy Maldek, headquarters of the Orion based Alliance. The battle was won, Earth secured, and humans returned to colonize her.

is important to recall at this point how Spirit and Physical Creation are inter-connected. The creation of the physical universe and our part in the unfolding of physicality is all predetermined before we incarnate into the physical universe. We follow the divine plan and all play a part in its unfolding. In saying that, it is not a script that we are forced to act out predetermined by Spirit, everything that happens is what we have decided should happen on a higher level. Your soul directs its own evolution and the unfolding of the physical universe and all that takes place is a direct reflection of this. This is a universal drama that we are all actively participating in, we each have our parts and continually jump sides as we continue to evolve and reincarnate and unfold the physical universe as a reflection of the divine will. As star systems were colonized and life spread throughout the galaxy, this allowed for more incarnational cycles and interaction of souls on their evolutionary journeys. Remember that we are all from the same source so there is no true separation.

The classification of Light or Dark is merely part of the structure of reality, also known as polarity consciousiness or duality. It can be explained as the degree of separation from Spirit, in order for us to learn from this great cosmic drama. Both Light and Dark star nations consisted of all different races and species; there is no one stereo-type to fit the mould. For example, not all Dinosauran or Reptilian races are Dark, and not all Humanoid Races are of the Light. There are players on both sides in any given race.

The beginnings of humanoid consciousness began in the area you call the constellation Lyra. Eventually the consciousness took bodily form (in terms of humanoid beings), and within the Lyra system civilizations began exploding in all directions. They began polarizing themselves, as is the natural template of your reality - for having a polarized reality stirs you to achieve integration.

You had then what we will call the Lyran civilizations, which were, generally speaking, humanoids like you, usually a Caucasian type.

The other foundational civilization was from the system Vega. There is a star Vega in your Lyran constellation. In terms of light years, it's much closer to you than Lyra, but they regard themselves as part of the Lyran system. The Vegan civilizations are also a certain genetic strain, a less Caucasian type. Still humanoid, they are more representative of the darker skinned races on your planet, from Native American to East Indian to aborigine. Some of the specific African races on your planet were specifically engineered for Earth, so you may not find the exact type out there. These two polarities began the explosion of humanoid civilizations outward into the galaxy until you eventually get to Earth.

We'll give you a little bit of the family tree here. We shall start with Source. We've talked about the dimensional infusion, the eventual explosion into this dimensional reality, and the eventual polarization of the Lyran and Vegan races.

Let's take this a little further. As this is extremely simplified, there are literally hundreds of civilizations that are not represented here. But this is the basic template.

As you say in your Bible (and we will use it humorously), Lyra begat Terra, Lyra begat Pleiadians, Vega begat Orion, Vega begat Sirius. You can see some of the genetic progressions here. The Terrans (Terrans, of course being you) and the Pleiadians are more light-skinned (Lyran). Orions and Sirians are somewhat more Vegan. Now, there are a myriad of other civilizations: for instance, in the Vegan genetic chain there are Alpha Centauri and Altair, various planets in the Draco system, and some civilizations within Ursa Major. Those are minor players. We speak of the main players of this drama.

You'll hear us talk about the Lyran and Sirian groups more than the Lyran/Vegan [level of polarity]. The Vegans were the first civilization here on Earth, before the Lyrans ever came. This was during the time when prehistoric creatures were on your planet. Your Earth then was considered a future Vegan colony; when the planet settled down it would become a Vegan colony. Since Vega is close to your Earth in light years, this is very natural.

But the Lyrans came eventually and caused a lot of trouble (which is something they're known for). At some point the Vegans pulled out and it became a Lyran planet. Generations and generations later, the Sirians, who were begat from the Vegans, came back to claim the Earth. So the conflict thus lies between the Sirians and the Lyrans.

Those of you who have read a book on your planet called The Gods of Eden will find a reference to the Brotherhood versus the custodial gods. This dynamic of the Brotherhood, the custodial gods, the Lyrans and the Sirians has been playing on your planet since its inception. You have two groups who believe, or did believe, that you were their territory.

You Were Your Forefathers

Before we go further with this we do not want to imply that you are all puppets on a string. The key idea is that, reincarnationally speaking, you today were these forefathers who fought over you. So it's an internal family struggle; you're fighting against yourselves. No one is doing anything to you. You are attempting to heal your past by bringing up these past issues in contemporary times. This is why you see many of the divisions on your planet now.

Archetypally speaking, the Brotherhood, the Sirian group, was the group that had knowledge, the group that cared about humanity - cared enough to occasionally give you a carrot to appease you, a tidbit of information so that you would grow. The Lyrans would be more like the custodial gods or the authoritarian, perhaps religious, figures you are aware of who are more concerned with keeping you subverted.

So this is the dynamics that have been playing on your planet for millennia. You have a group that's attempting to enlighten you (in their own way) and a group that's attempting to oppress you. Again, it's yourself doing it to yourself. It's the polarities within yourselves raging this war. This history is only the external dynamic of how it occurred.

The creation of mankind was basically a joint effort, though somewhat reluctantly on the part of the Lyrans and the Sirians, who both wanted the race on Earth to be created for their own purposes. So after Homo sapiens was fully autonomous on the planet and began multiplying, then the more subtle wars began over who was going to be the lord over you.

How To Unlock Your Third Eye Chakra! | The 6th Chakra

We have 1767 guests and no members online