Chase The Common Cold Away With Kiwifruit 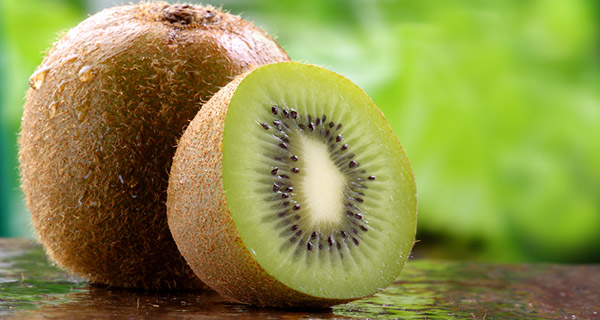 There is no denying it, cold and flu season is here, and drugstores are busy with cold sufferers seeking relief from symptoms. And with more and more people avoiding mainstream solutions, it’s important to outline what can naturally provide relief. Indeed, there may be an easier and more natural way to kick the common cold. In our go-go society everyone wants quick relief, and one little green fruit may be just the answer – kiwi.

Weighing in at only 4 ounces, the kiwifruit may be small, but packs a powerful immune-boosting punch. The gold kiwifruit (Actinidia chinensis) is the subject of a study recently published in the British Journal of Nutrition that suggests a causal relationship between the kiwi and a reduction in the severity and duration of upper respiratory tract infections in healthy older adults.

The study focused on elderly inhabitants of a community in Ecuador. Researchers found that there was a relationship between the occurrence of upper respiratory infections and micronutrient deficiency amongst the study group. The micronutrients, including vitamin C, D, B6 and B12 along with zinc and folic acid are well- known to be important for proper immune system functioning, along with linolenic acid, folic acid, zinc, copper, iron, selenium and vitamins A and E. Older adults are susceptible to the common cold due to malnutrition and a lack of these essential vitamins and minerals. The Golden kiwifruit is packed with viral infection fighting micronutrients.

A Diet Rich in Golden Kiwis

One hundred and thirty two older adults participated in the research study. Half of the group consumed a diet rich in the gold kiwifruit while the control group received gobbled bananas.  In addition to being an excellent source of vitamins C, E, folate, potassium, polyphenols and carotenoids, kiwi is also high in dietary fiber. The study group consumed enough golden kiwifruit to make up 20 percent to the daily recommended allowance of fiber. While bananas contain the same calories and kiwi, they are not as nutrient dense.

During the 28-day research project, both groups experienced a marked decrease in both the severity of head congestion and sore throat. However, the kiwi group’s head congestion was relieved four days sooner and their sore throats three days sooner than the banana group. Lab samples also indicated that the gold kiwifruit increased the concentration of electrolytes in the red blood cells.

Other Ways to Prevent and Treat the Common Cold

The research on kiwi is fantastic, but the fruit is certainly not the only answer to colds. Echinacea, a plant native to the United States, has also been shown to fight the common cold. Study subjects took three doses of the herb extract for four months and had a lower incidence of colds. Also, the average duration of colds dropped 26%, meaning that for those who did get sick, the illness moved on more quickly.

We have 2915 guests and no members online