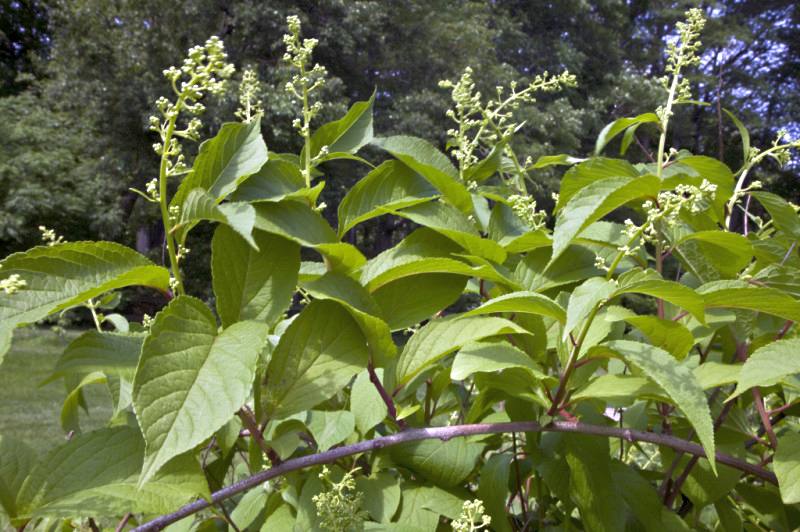 A little-known plant with a truly bizarre name is now making headlines as a cancer killer, with the compound of the plant vanishing tumors in mice with pancreatic cancer. Known as the ‘thunder god vine’ or lei gong teng, the Chinese plant is actually integrated into Chinese medicine and has been used for ages in remedying a number of conditions including rheumatoid arthritis.

According to the new research out of the University of Minnesota’s Masonic Cancer Center, the thunder god plant compound led to no signs of tumors after a 40 day period — even after discontinuing the treatment. Published in the journal Science Translational Medicine and funded by the National Institutes of Health, even the scientists working on the project were stunned by the anti-cancer properties of the compound. Known to contain something known as triptolide, which has been identified as a cancer fighter in previous research, it is thought to be the key component that may be responsible for the anti-tumor capabilities.

Study leader and vice chairman of research at the Cancer Center explained to Bloomberg how he was blown away by the effects of the simple plant:

“This drug is just unbelievably potent in killing tumor cells,” he said.

And just like with numerous other powerful substances like turmeric and ginger, mainstream science is still slowly confirming what many traditional practitioners have known for their entire lives. This is, of course, due to the fact that there is simply no money for major corporations in researching the healing powers of natural herbs and compounds such as the compound found in the thunder god vine. Turmeric and ginger, for example, have been found to be amazing anti-cancer substances that are virtually free compared to expensive and dangerous cancer drugs.

Nevertheless, the Big Pharma sponsored corporate scientists have managed to ignore these spices as much as possible. In fact, they have even been caught time and time again faking thousands of studies to fraudulently demonstrate the supposed value of pharmaceutical drugs pushed by major pharma juggernauts — many of which are later forced to pay millions in fines which only slightly stack up against their billions in profits.

Profits that are threatened by the many real studies that were performed by scientists examining the rejeuvenating power of cheap ingredients like turmeric, which has been found by peer-reviewed research available on PubMed to positively influence over 590 conditions.

While it is great news that this study is bringing the beneficial effects of inexpensive and near-free plant compounds to light, the bad news is that the individuals responsible for the research are actually looking to create a pharmaceutical drug from the essential component triptolide. A drug that will seek FDA approval and ultimately be patented, nutritionally ruined, and sold for exorbitant amounts of cash. Instead, just get your hands on some thunder god vine for yourself.

We have 1616 guests and no members online