Orange Juice Is a Massive Scam, This is Why Nutritionists Say You Should Stop Drinking It

Orange Juice Is a Massive Scam, This is Why Nutritionists Say You Should Stop Drinking It 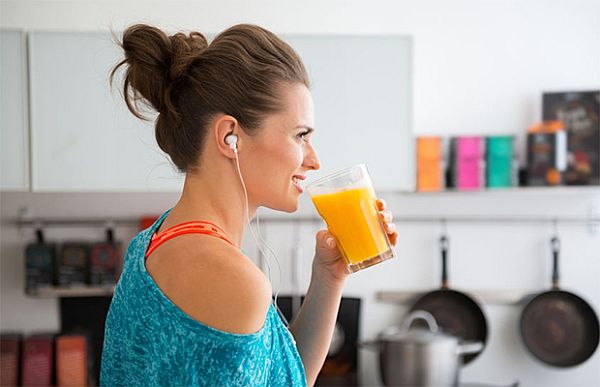 Are you a fan of orange juice? I love orange juice. The tangy, citrus taste makes a great addition to the plethora of breakfast foods that I also love.

But, I can tell you that I actually stopped drinking it quite some time ago. Why? Because I glanced at the nutrition label on the back of the carton one day and realized, “wow, this is basically about the same as soda.”

Now, nutritionists are starting to tell people the exact same thing that I realized just a few years ago: orange juice isn’t really that healthy for you at all.

For decades, orange juice has been advertised as “part of a balanced breakfast” alongside a myriad of different breakfast cereals and products. But now, orange juice sales are plummeting as more and more people start to recognize that most orange juices on the market today are almost pure sugar.

Erin Brodwin of Business Insider calls orange juice the “biggest con of your life,” and she’s not too far off. Whether marketers and advertisers have been malicious in their practices is uncertain. What is certain is that a 12-ounce glass of orange juice has very little nutritional value.

It features 153 calories, 34 grams of carbohydrates, 27 grams of sugar and less than 3 grams of protein. As Erin explains, those are roughly the same stats we’d find in a bag of M&M’s.

As one might expect, areas such as Florida, which provide the most orange juice for the country, have seen tremendous decline in demand. In fact, Florida is set to experience its fifth straight season of declining production. And growers all over the land are starting to drop out of the business because of it.

"You're witnessing gut-wrenching decisions where multigenerational family citrus growers have reached a point where their risk tolerance isn't there to continue," says Adam Putnam, commissioner of the Florida Agriculture Department and Consumer Services.

To further illustrate Americans’ shifting attitudes towards orange juice, these declines in demand come amidst a ‘breakfast boom’ of sorts, as more Americans are starting to eat breakfast more often and will likely do so at some place other than in their homes.

What do you think about orange juice? Do you still have a glass with your breakfast most mornings?