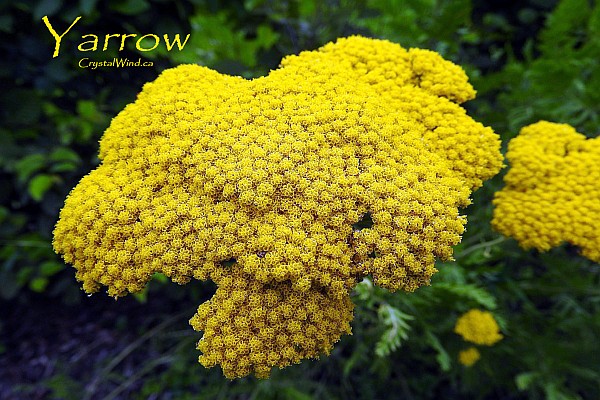 Helps you create the future of your dreams

Drink a tea made from yarrow flowers to improve psychic powers.

Use yarrow to exorcise evil and negativity from a person, place or thing.

Carry yarrow to bring love and attract friends and distant relatives you wish to contact.

Use yarrow in your wedding decorations to ensure your love will last at least seven years.

Yarrow is a useful agent that was known to the Native Americans as a tonic for run-down conditions and indigestion. Native to Europe and Asia, Achillea is found in temperate regions worldwide. A sun-loving plant, it grows wild along roadsides and in meadows but is widely cultivated in gardens.

Description: Yarrow is a hardy herbaceous perennial that grows to a height of one to three feet tall and is entirely covered with tiny, silky white hairs. The rough, erect stems and deeply cut, feathery leaves are gray-green and aromatic. Small, strongly scented white to pale pink or lilac flowers appear from summer to autumn. The densely arranged flowers are borne on stems that branch at the top to form flattened terminal clusters.

Cultivation: Yarrow is a very hardy perennial. It likes moderately rich soil in full sun, and can often be found growing wild along the road.

Cosmetic Uses: Yarrow is an astringent cleanser good for use in facial lotions. 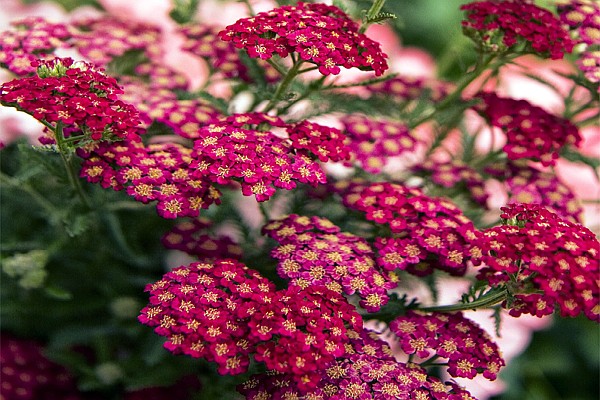 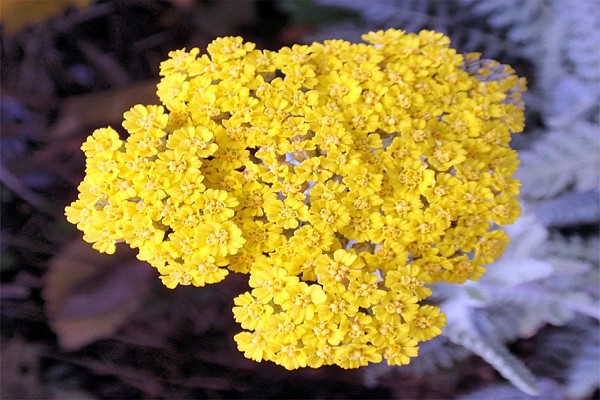 Medicinal Uses: This herb has an action in many different systems of the body. Primarily, it is probably best known for its action in the respiratory system. Yarrow has the ability to cause peripheral blood vessels to dilate, which warms up the hands, feet and skin, and cools down the core of the body. Rather than suppressing a fever that accompanies maladies such as colds, flu and chest infections, yarrow helps your body's natural efforts to deal with infection by producing a sweat. Yarrow combines well with herbs like elder (Sambucus), peppermint (Mentha piperita) or ginger (Zingiber) for this purpose. Yarrow is also useful following flu or illness where there is little appetite as a tonic to promote digestion.

Yarrow helps lower blood pressure, clear blood clots, and slow the heartbeat. Used as part of a long-term management strategy, yarrow can help normalize blood pressure without the need for drugs, especially when taken with other herbs such as hawthorn (Crataegus) or linden flower (Tilia).

In the reproductive system it is known as a menstrual regulator, which also helps to reduce heavy bleeding. Conversely, it can also bring on a period.

Yarrow, together with plantain (Plantago lanceolata) and comfrey (Symphytum), will stop hemorrhages of the lungs, bowels, hemorrhoids, and other internal bleeding. 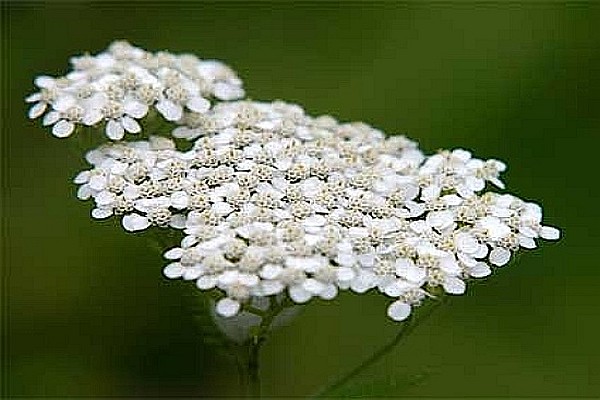 Tincture: Take 2-4ml of the tincture three times a day. 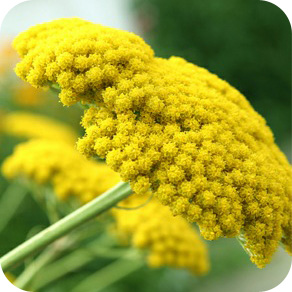 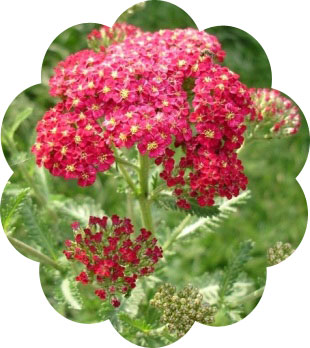 Thank you!
ॐ Namasté - Blessings!
"Life is an echo, what you send out comes back."
© 2008-2022 crystalwind.ca. All rights reserved.
Spirit of White Tiger
Hummingbird Medicine
Mullein

We have 1129 guests and no members online