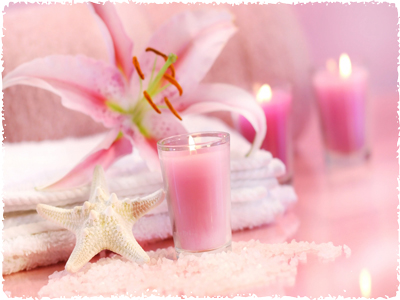 Aromatherapy can be defined as the art and science of utilizing naturally extracted aromatic essences from plants to balance, harmonize and promote the health of body, mind and spirit.

It is an art and science which seeks to explore the physiological, psychological and spiritual realm of the individual's response to aromatic extracts as well as to observe and enhance the individual's innate healing process.

As a holistic medicine, Aromatherapy is both a preventative approach as well as an active treatment during acute and chronic stages of illness or 'dis'-ease.

It is a natural, non-invasive treatment system designed to affect the whole person not just the symptom or disease and to assist the body's natural ability to balance, regulate, heal and maintain itself by the correct use of essential oils.

Origin of the word Aromatherapie

The term "aromatherapie" was coined by Rene Maurice Gattefosse in 1928. He utilized the word to imply the therapeutic use of aromatic substances (essential oils). Since the beginning of Aromatherapy, the practice has encompassed human pathology and the treatment of different conditions (emotional and physical) with essential oils. As Aromatherapy developed into a practice it adopted an holistic approach which encompasses the body, the mind and the spirit (energy). As an holistic therapy Aromatherapy is able to work on several levels of the individuals well being.

One could say that aromatherapy is as old as man’s relationship to the plant kingdom and so the beginning of aromatherapy is shrouded in the mists of time. No one knows the identity of the first person to recognize the healing properties of plants but detailed recipes using aromatic compounds are given in the Old Testament and well sealed urns filled with aromatic resins have been unearthed in the tombs of Pharaohs. 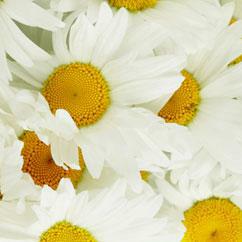 Extensive therapeutic use of essential oils is recorded in ancient China and India and much of the Middle East. Roman soldiers on campaign had their wounds treated with honey and myrrh. Terra Cotta distillers have recently been found in archaeological digs, but widespread use of distilled essential oils from Europe began after the invention of glass distillation mechanisms in the 16th century and this opened the door to extracting the volatile components from Chamomile, Lavender and Rosemary and other plants found mainly in the northern regions.

Certainly before the late 1800’s, the essential oils themselves were harder to get and more highly prized than they are today. The increase in trade routes and conquest in war brought many of the essences and in some cases the plants themselves to new homes in new countries. A prime example is the oil of Frankincense (Boswellia carteri). Called Olibanum in the East and used in spiritual ritual, it was brought to Europe during the Crusades and given the current common name which means “the true incense.” Orange trees and other citrus are thought to originate in China and the East, brought back to Spain and Italy by explorers.

The popular use of essential oils and herbs for therapeutic purposes became eclipsed by the development of the microscope and the ability to isolate certain bioactive compounds and reproduce them synthetically. The most common example is the herb White Willow Bark; replaced by the synthetic form of this plant’s pain relieving compound, salicylic acid, which we know as aspirin. Synthesized compounds may be greater in strength than naturally occurring plant material and there is no need to rely on growing seasons and other issues that affect crops. Whether this is a total improvement is debatable.

Modern interest is credited to the famous story of French chemist Rene-Maurice Gattefosse and his miraculous cure after burning himself in his cosmetics lab in the early 1900’s. In fact, he coined that term ‘Aroma-therapie’ in 1937 and produced a Materia Medica of the therapeutic uses of the aromatic extracts.

We have 1897 guests and no members online