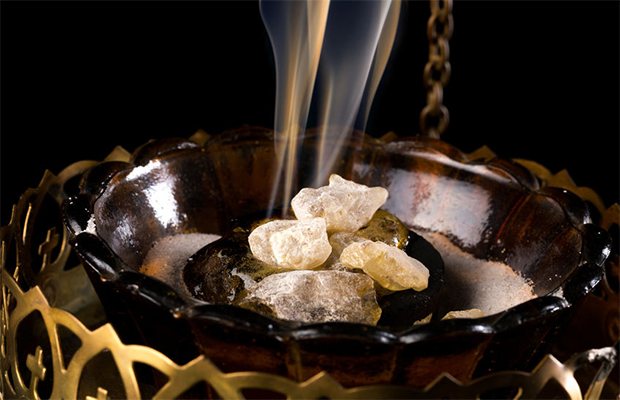 As a child, I was always around people who liked to burn incense.  The smell was foreign, but soothing.  It was always so distinct, too.  One could easily walk into a room, recognize the familiar smell, and begin looking for the stick of frankincense that is steadily propped over a narrow wooden ashtray.  For me, it was always an enchanting object, adding character to a room or space.

While many teenagers enjoy burning incense simply because it’s involves fire and smoke (things that are exciting as a kid), frankincense has actually been shown to possess psychoactive, antidepressant properties.  Which would help shed a bit of light on why so many people had the substance in their homes.

Known as Boswellia resin for millennia, frankincense has been referenced numerous different times in ancient texts like The Old Testament.  A team of scientists from the Hebrew University in Jerusalem and Johns Hopkins University decided to figure out why.

Their studies on the substance included giving incensole acetate, the primary component in Boswellia resin, to mice to observe the effects.  What they found was that it primarily affected areas of the brain that aid in emotion regulation.

Specifically, the protein TRPV3 was found to become activated; this protein plays a large role in how our skin perceives warmth.  The effect that this perception has on the mind is quite significant, as it promotes an intense state of relaxation.

Nowadays, frankincense is used regularly as a practical form of therapy for treating depression and anxiety disorders.  The National Institutes of Health report that one of the leading causes of disability in the U.S. is major depressive disorder, affecting close to 15 million people, while over 40 million people suffer from sever anxiety.

In addition to the antidepressant properties, frankincense has also been found to help treat ailments like fever, chest coughs, hypertension and nausea.

So, next time you’re not feeling too hot, whether it be physically or emotionally, try burning some frankincense in your space and see how much it helps you.  Couldn’t hurt to try before reaching for the pharmaceuticals.

We have 2693 guests and no members online