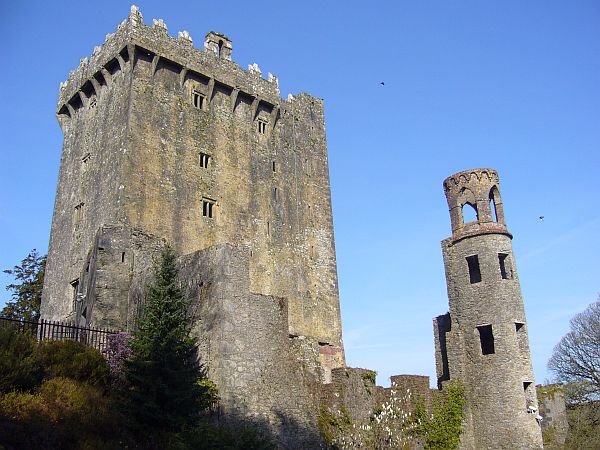 History of the Blarney Stone

The most commonly accepted story of the stone is that, in gratitude for Irish support at the battle of Bannockburn in 1314 (a Scottish defeat of the English), Robert the Bruce gave a portion of the stone to Cormac McCarthy, King of Munster. Installed at Cormac McCarthy’s stronghold, Blarney Castle, it became known as the Blarney Stone. A century later, in 1446, King Dermot McCarthy then installed the stone in an enlarged castle he constructed.

During the time of Queen Elizabeth I, Dermot McCarthy, the ruler of the castle, was required to surrender his fortress to the Queen as proof of his loyalty. He said he would be delighted to do so, but something always happened at the last moment to prevent his surrender. His excuses became so frequent that the official who had been demanding the castle in the name of the Queen became a joke at the Court. Once, when the eloquent excuses of McCarthy were repeated to the Queen, she said "Odds bodikins, more Blarney talk!"  The term Blarney has thus come to mean 'the ability to influence and coax with fair words and soft speech without giving offense'. 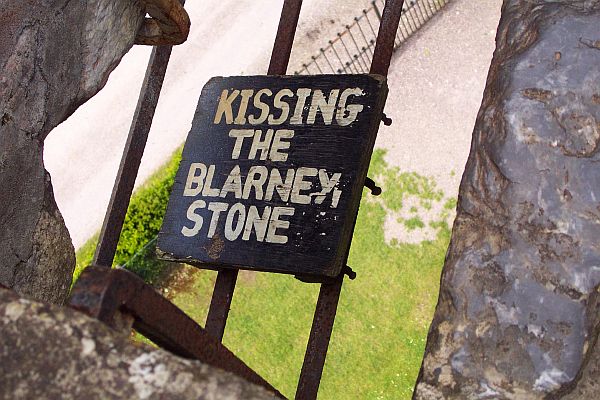 Kissing the stone is for some people a difficult physical feat. In past times, to kiss the Stone people were hung by their heels over the edge of the parapet. One day a pilgrim broke from the grasp of his friends and went hurtling downward to certain death. Since that time the stone has been kissed by another method. First, you sit with your back towards the stone and then someone sits upon your legs or firmly holds your feet. Next, leaning far back and downward into the abyss while grasping the iron rails, you lower yourself until your head is even with the stone to be kissed.

Just how long the custom of kissing the Blarney Stone has been practiced or how it originated is not known. One local legend claims that an old women, saved from drowning by a king of Munster, rewarded him with a spell, that if he would kiss a stone on the castle's top, he would gain a speech that would win all to him.

Concerning the power of the stone, Francis Sylvester, an Irish bard of the early nineteenth century, wrote:

There is a stone there, that whoever kisses,
Oh! He never misses to grow eloquent:
'Tis he may clamber to a lady's chamber,
Or become a member of Parliament.

Other Legends about the Blarney Stone