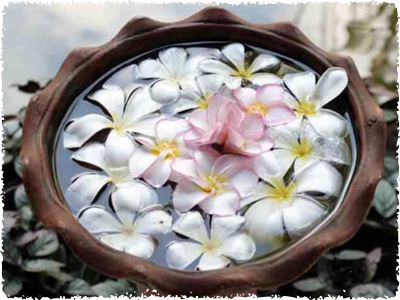 Considered by many scholars to be the oldest healing science, Ayurveda is a holistic approach to health that is designed to help people live long, healthy, and well-balanced lives. The term Ayurveda is taken from the Sanskrit words ayus, meaning life or lifespan, and veda, meaning knowledge. It has been practiced in India for at least 5,000 years and has only recently became popular in Western cultures.

The "contemporary" form of Ayurvedic medicine is mostly derived from several sacred Indian texts which were written in Sanskrit between 1500 BC and 400 AD. The basic principle of Ayurveda is to prevent illness by maintaining balance in the body, mind, and consciousness through proper drinking, diet, and lifestyle, as well as herbal remedies.

There are two main types of Ayurveda: traditional and Maharishi. The latter is a version of traditional Ayurveda based on translations from the classical texts by Maharishi Mahesh Yogi. Both types of Ayurvedic practitioners prescribe herbs, believe that disease results from an imbalance in the doshas (see below), and use many of the same remedies for treating illness. Maharishi Ayurveda, however, stresses the role of supreme consciousness in maintaining good health, and promotes Transcendental Meditation (TM) as a method for experiencing the pure consciousness of the universe. Maharishi Ayurveda also highlights the need to express positive emotions and to attune your life to the natural rhythms of the body.

How does it work?

Just as everyone has a unique thumbprint, according to Ayurvedic beliefs, each person has a distinct pattern of energy -- a specific combination of physical, mental, and emotional characteristics. It is also believed that there are three basic energy types called doshas, present in every person:

All people have vata, pitta, and kapha,but usually one or two are dominant in a given individual. Many factors can disturb the dosha balance such as stress, an unhealthy diet, the weather, and strained family relationships. Such disturbance is expressed in the body as disease. Ayurvedic practitioners prescribe treatments designed to bring the doshas back into balance.

From a Western medical perspective, relief of stress appears to be one of the ways that Ayurveda works to help fight illness. For example, studies have found that Transcendental Meditation, a component of Maharishi Ayurveda, reduces anxiety. Other studies have found that Ayurveda lowers blood pressure and cholesterol, slows the aging process, and speeds recovery from illness.

The herbs used in Ayurvedic medicine often have antioxidant effects, which means that they may help protect against the damage from free radicals (by-products of normal metabolism in the body) like long term illnesses such as heart disease and arthritis. Many Ayurvedic practitioners also recommend a vegetarian diet, which is believed to be better for your heart than diets containing red meat.

What should I expect from an Ayurvedic treatment?

Ayurvedic treatment focuses on rebalancing the doshas. On your first visit, the practitioner will take a detailed medical history, check your pulse, palpate your abdomen, examine your tongue, eyes, nails, and skin, and listen to the tone of your voice. He or she will also ask you questions about your general state of health with special focus on your lifestyle, diet, habits, and environmental surroundings.

Based on this assessment, he or she will then make recommendations on how to restore your natural dosha balance, which almost always includes changes in lifestyle, particular diet. Practitioners draw from more than 20 types of treatment, but the most commonly prescribed include:

Abhyanga - rubbing the skin with herbalized oil (usually sesame oil is the base) to increase blood circulation and draw toxins out of the body through the skin.

Yoga - combining pranayama, movement, and meditation. Has been shown to improve circulation and digestion, and to reduce blood pressure, cholesterol levels, anxiety, and chronic pain.

What is Ayurveda good for?

The goal of Ayurvedic medicine is to prevent diseases before they occur. Studies have suggested that Ayurveda may be particularly effective at reducing the risk of heart disease. For example, a recent study found that this traditional Indian medicine helped reduce plaque and reverse the thickening of artery walls known as atherosclerosis in both healthy adults as well as adults at high risk for heart disease. (Atherosclerosis is a slow, complex disease in which fatty substances, cholesterol, cellular waste products, calcium, and other substances build up in the inner lining of an artery. This build-up, also known as plaque, can lead to heart attack and stroke.) 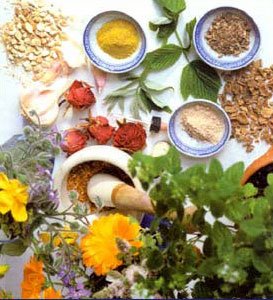 A number of Ayurvedic herbal remedies have been evaluated for their beneficial effects. For example, Guggulipid (Commiphora mukul ), a traditional Ayurvedic medication used to treat high cholesterol, is widely used in India. It appears to effectively lower cholesterol by blocking the production of cholesterol in the liver.

Are there any risks?

Most Ayurvedic therapies, such as pranayama and rasayana, are unlikely to have adverse side effects. Ayurvedic herbs, however, may interact with medications. In addition, one review found that some Ayurvedic herbs contain mercury that can produce skin lesions; mercury can also raise blood pressure. Be sure to consult your doctor before trying Ayurveda, especially if you take medicines or have certain dietary restrictions such as with diabetes.

For a list of supporting research on this article, visit:
www.umm.edu/altmed/articles/ayurveda-000348.htm