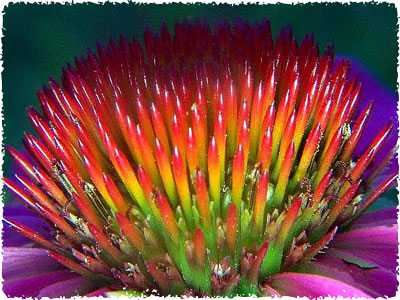 The Ayurvedic concept of immunity in Ayurveda is a captivating and many-faceted subject. Vyaadhiksamatva, as it is known in Ayurveda, literally means "resistance” (ksamatva) against “disease” (vyaadhi). Physical and mental resistance to disease is of enormous significance for all living beings; it regulates both prevention against and rapid recovery from diseases.

Vyaadhiksamatva (immunity) in Ayurveda is not immunity against a specific infectious agent or disease such as polio or rubella for which Western medicine provides "immunizations". Rather, vyaadhiksamatva implies a resistance against the loss of the integrity, proportion, and interrelationship amongst the individual's bioenergies (doshas) and tissues (dhatus). This homeostasis among the supporting elements of the mind and body is known as dhaatusaamya, and is the true meaning of immunity in the Ayurvedic system. It follows then that the Ayurvedic concept of immunity is intricately interwoven with the concepts of nutrition, agni (digestive fire), and tissue formation.

A synonym for vyaadhiksamatva which appears in the ancient texts is bala, generally translated as "strength" and both terms are used interchangeably.

Bala, the vitality principle, imparts firm integrity to the muscles, improves the voice and complexion, and fortifies the motor, sensory, and intellect to perform their natural functions.

Immunity from disease includes both reducing the strength of those already manifested as well as prevention of those as yet unmanifested.

Have you ever observed that during flu season only some people in the same office or school will get sick, while others remain unaffected or affected to a lesser degree? This observation illustrates two important points - that the pathogenic factors require some essential favorable conditions to flourish and individuals are susceptible to the diseases to varying degrees. In the absence of such conditions or susceptibilities, an individual's immune response can eradicate the disease, preserving and sustaining a balanced condition (homeostasis). Unless a seed is sown in fertile soil it will not propagate, just as fire in a fuel-less or air-less place cannot exist.

We have stated that one's immunity is related to the health of one’s tissues. The quintessence of all the tissues of the body is known as Ojas. Ojas is our vital energy which pervades all tissues, cells, and spaces; it is the ultimate distillation of each tissue combined together and is the main determinant of our immune status and hence our resistance to disease.

Ojas is said to be of two types:

1. Para Ojas exists in a quantity of eight drops and is located within the heart; its loss leads to death.

2. Apara Ojas is distributed throughout the body.

The precise correlate of ojas in modern medical terms has yet to be defined.

In conditions like HIV infection, diabetes mellitus, and malnutrition, where loss of ojas is a preeminent feature, people are found to be susceptible to various other degenerative diseases or recurrent infections. As a general rule, those who indulge in an irregular routine, are deprived of sleep and exercise, and eat unwholesome food tend to suffer ill health. Conversely, those who maintain a regular, healthy routine and take wholesome food generally maintain good health. However, it can be observed that some people can tolerate and overcome disease even after indulging in irregular routine and unwholesome food, managing to live healthily and happily. It can also be noted that though some people follow a regular routine and eat wholesome food, they are still susceptible to disease and suffer ill health. These observations are due to additional factors which result in the maintenance or destruction of ojas, respectively.

Ayurveda offers multi-faceted and profound explanations for this phenomenon. Intake of wholesome food and a regular routine alone are not enough to prevent disease. Additional factors such as wrong understanding, disregard for natural cycles, constitution, immoral conduct, karma and exposure to unsuitable sensory perceptions (disturbing sounds, irritating contact with the skin, putrid smells, etc.) are also responsible for the onset of disease. Due to these factors, diseases manifest as mild or severe, acute or chronic, easily curable or difficult to cure/incurable.

There are three types of immunity (vyaadhiksamatva or bala) in Ayurveda:

Sahaja Bala comes from the parents and is inherited. The effect will be at the chromosomal level. As this immunity is inherited, there is not much one can do except to pacify the defects through various modalities of Ayurveda.

Kalaja Bala is inclusive of the time of day, day of the week, season, age, and place of birth are important factors for enhancing immunity. Certain places have stronger and healthier climatic and environmental conditions. For example, places with an abundance of water, ponds, cool and pleasant climatic conditions are kapha-dominating areas and contribute to stronger immunity. Also, strength is greater in the early morning, spring, and youth than in evening, summer and old age.

Yuktikruta Bala represents acquired immunity, in which disease can be defended against through Ayurveda. Ayurveda focuses on three plans for acquiring or enhancing immunity:

Rasayana is health promoting and rejuvenates the whole physiology, producing resistance against disease both physically and mentally. If a person has a strong mind, even serious diseases can be faced by the physiology as minor diseases.

Vyayama is exercise. Daily exercise of up to 50% of one's exertion capacity enhances digestion, strengthens tissue metabolism and promotes immunity.

a. Universally Beneficial: Certain herbs, foods and behavior are beneficial for everyone, regardless of constitution, location, season or condition. Examples include water, rice, night time sleep of 7-8 hours, and moderate exercise. There are also certain herbal and herbomineral preparations which are beneficial for all individuals (see below).

b. Universally Harmful: Certain substances are considered harmful to everyone, including fire, alkalis, toxins, poisons, mixing milk with sour foods, mixing milk and salt, honey and radish, honey and ghee mixed together in equal proportions, honey heated beyond 108° Fahrenheit.

c. Beneficial or Harmful: Some foods and exercises are good for one particular constitution but may be harmful for another. For example, ghee is good for Vata and Pitta constitution, but not for Kapha. In this classification of Satmya, foods should be administered in relation to individual constitution, season, location, food habits and health.

Additional factors which influence immunity in the body:

Uterine health of mother: A healthy uterus for a baby's growth can be likened to fertile and nourishing soil for a seed.

Mind: A strong mind oriented toward positive thinking increases one's Ojas and therefore is a major factor in one's immunity.

Karma: In cases where an individual has a strong and healthy constitution, healthy genetic makeup, and lives in accordance with nature through intake of wholesome foods and regular routine, yet still succumbs to a severe illness, subtle karmic factors may reveal themselves as having a prominent impact on immunity.

Meditation: Meditation is a letting go of all thoughts and merging the mind in the Absolute. Disengaging the mind from thoughts and sensory stimulation on a regular basis naturally brings about greater self-awareness and vital energy, thereby enhancing mental/physical strength and overall immunity.

Ayurveda makes use of both single herbs and compound formulations to improve and maintain immunity. In reality, even a single plant is a compound formulation, being composed of many hundreds of pharmacologically active molecules which have formed during the life cycle of the plant. Ayurveda teaches comprehensive principles for the combining of different herbs into a formulation. Herbs can be synergists, assimilators, antidotes, vehicles, or taste enhancers. The subject of herbal immunomodifiers is a vast and fascinating topic beyond the scope of this page. Ayurveda addresses immunological up-regulation primarily through the use of rasayanas.

A rasayana is defined as a natural substance which promotes the strength and vitality, not of one isolated tissue or system, but of the entire organism. Western medicine used to call these preparations "tonics," they have all but disappeared today to be replaced by the reductionist practice of taking "vitamins". Below are listed some of the most common rasayanas used to promote immunity in people of all constitutions. These can be used by all individuals who wish to improve or maintain their immunity.

In addition to the above list, which is by no means exhaustive, Ayurveda offers another type of rasayana called the medhya rasayanas which are specifically for protecting the integrity and function of the mind. They include the following single plants: shankhpushpi, vacha, brahmi, mandukaparni, ashwagandha, jyotismati, guduchi, jatamansi, kapikachchhu, and yastimadhu. Notice that there is some overlap with the previous list because some plants are nourishing for both the somatic tissues as well as the mind. Compound medicines used for this purpose include: ashwagandarishta, saraswatarishta, brahmi rasayana, smirtisagara rasa, and krisnacaturmukha rasa.