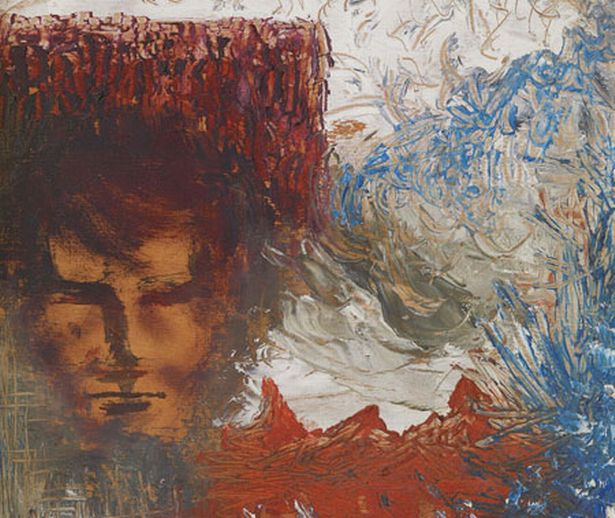 The deification of Fire has been an important part of human experience ever since the pre-Homo Sapiens times. Early archeological evidences of Vedic fire altars have been found at the Indus Valley sites of Kalibangan and Lothal; in Zoroastrianism, fire temples were thought of as agents of purity, symbols of truth. Agni, the Fire God, was a prominent deity in Vedic India; his sacrificial Fire on Earth was said to correspond to the eternal cycle of creation and destruction.

Perpetual Fire was kept burning by the Vestal Virgins of Rome, who took care of the Hearth worship; the Vestal Virgins served the goddess Vesta, protector of the home, who had a sacred flame as her symbol. Hestia was the Greek equivalent of this Goddess, whose Hearth worship commonly took place within the household. Fire caretakers of a similar kind are documented in pre-Columbian America as well.

Even those religious currents that didn’t typically center around Fire worship adopted metaphors and imagery equalling fire to the presence of Spirit:

When the day of Pentecost arrived, they were all together in one place. And suddenly there came from heaven a sound like a mighty rushing wind, and it filled the entire house where they were sitting. And divided tongues as of fire appeared to them and rested on each one of them. And they were all filled with the Holy Spirit and began to speak in other tongues as the Spirit gave them utterance.

Too, the pre-Socratic Ionian Greek philosopher Heraclitus of Ephesus called the entire cosmos ‘an ever-living fire’; he thought of fire as the arche, the most fundamental element, from which the other elements emanated from. He also saw the Universe as being involved in a perpetual cyclic flux, and stated that ‘all things come into being from strife’.

Even today, fire is still used in bonfire celebrations during seasonal Festivals; candles are used in various ceremonies, with candle magic being perhaps the most widespread expression of modern witchcraft: modern witches understand that the flame of a candle is a powerful energetical tool, whose radiance serves as a beacon in the spirit world.

Fire has always been a powerful symbol of divinity, destruction, purification and re-creation. It has to be noted that fire has also been essential at every stage of human civilization: familiarity with this element was crucial to the survival of human beings and their transition from the Stone Age to the Neolithic.

Fire is vehement, luminous, hungry. It can illuminate, provide warmth and comfort, as well as spread expeditiously into a colossal blaze. It is, perhaps, the only one among the four elements which encompasses creation and destruction to such a radical, severe extent.

Fire teaches us that, contrarily to what the modern toxic positivity culture has led us to believe, there is sanctity in rage. Owning our fire doesn’t make us any less spiritual. There is something timelessly sacred about asserting ourselves, standing up for what we deem right and advocating for the sacrificial destruction of systems and structures that stand in the way of our happiness, freedom and well-being of all. Sometimes, reclaiming sovereignty over our own life and burning all that is rotting and oppressive to the ground is the only way we can begin anew.

Mars enters Aries, the sign of his domicile, on June 28, stoking the fires of passion, wrath and belligerence. A destabilizing force described by Greeks as ‘overwhelming, insatiable in battle, destructive, and man-slaughtering’, as well as the father of an abundant offspring, the personification of the most violent and brutal aspect of war as the Ares of Greek mythology yet a dignified father and guardian of civilization in ancient Rome, Mars is an untameable force among planets. Whether it’s frantic, maniacal and dangerous or vigilant, watchful and astute, largely depends on our courage and willingness to recognize and claim his energy as our own.

The latter will likely be a topic of extensive reflection throughout the second half of the year, because Mars will station Retrograde at 28°09’ Aries on September 9. The direct station will occur on November 13, 2020 at 15°14’ Aries; Mars will definitively leave Aries for Taurus next year, on January 7, 2021.

Mars has everything he needs in Aries. Spears. Helmet. Armour. Furor, truculence and reasons to wage war. As pure and unadultered as a personification of Fire from an astrological standpoint as it can be. This forceful, self-serving, overbearing energy is bound to call forth the inner warrior, destroyer and protector of life that lives within each and everyone of us; we might or might not feel aligned with this energy, but the call to arms — or to action, if you prefer — will resound loud and clear.

It’s the kind of pent-up tension that has to go somewhere. If you’ve been persuaded you didn’t have any reason to fight up to this point, you’d do well to find one. The world is filled to the brim with injustice and abuse of any kind; Earth herself is struggling under the weight of our greed.  There is no shortage of issues to push, of battles to be won, of marginalized communities to fight side by side with. As we are on the brink of not one but several revolutions on a global scale, the world, more than ever, needs our courage.

On a personal level, this is the kind of energy that allows us to reignite passions, projects and ventures we have been flaking on during Mars’ transit of Pisces. It’s ideal for launching endeavours, for quick and decisive actions, for asserting our independence and allowing the more spontaneous side of our personality to come to the fore.

This is also a great time to reaffirm and freely express our sexuality — kinks, boundaries and all — and to reiterate that there is no outer source, no ideology and no moral compass forced on us from above that should dictate what we’re supposed to do with our bodies, what’s the appropriate way for us to express and experience sexual desire, or what genitalia we’re supposed to intimately engage with (as long as everyone involved is consenting, of course). Our sexuality and identity is ours to claim, define and defend.

When Mars enters Aries, it’s generally time for quick, decisive action. With one caveat: with Mercury Retrograde in Cancer until the second week of July, our fire might be slightly damped down.  Until then, we should make sure we invest our energy in situations and matters that need to be corrected, rather than started anew; the combination of Mars in Aries and Mercury Retrograde in Cancer is conductive to developments in issues that have been brewing, matters that connect us to the past, and attachments that need to be reviewed and reconsidered, especially if they have failed repeatedly at meeting our needs.

As Mars enters Aries, we’re all being called to tend to our fire. For some, this might be about prioritizing their own needs and learning how to assert themselves. For others, it might be time to become the hero of their own story, severing ties that bind and conquering independence. Or to unabashedly support the cause of those who are fighting to see their rights and dignity recognized. Mars in Aries is not subtle — you’ll soon find out where your path is meant to lead.

If you want to talk about Mars’ transit of Aries and what it might mean for you personally, you can purchase an astrology reading. Tarot readings are also available.

If you want to support Zodiac Poetry but prefer not to purchase a service, you can donate via PayPal or Ko-fi.

Thanks for your support!