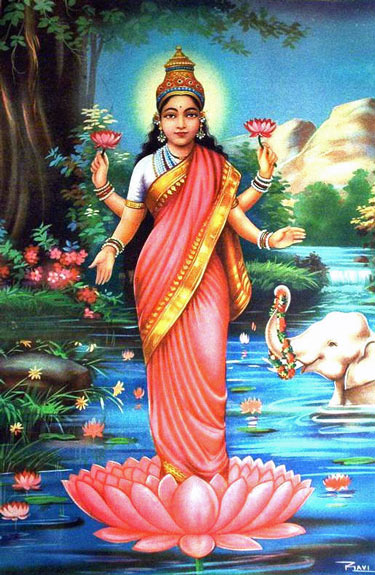 Diwali, the Hindu festival of lights, is the most popular of all the festivals from South Asia. It is also an occasion for celebration by Jains and Sikhs.

The festival of Diwali extends over five days. Because of the lights, fireworks and sweets involved, it's a great favourite with children.

The festival celebrates the victory of good over evil, light over darkness and knowledge over ignorance, although the actual legends that go with the festival are different in different parts of India.

The Times of India summed up the modern meaning of Diwali:

Regardless of the mythological explanation one prefers, what the festival of lights really stands for today is a reaffirmation of hope, a renewed commitment to friendship and goodwill, and a religiously sanctioned celebration of the simple - and some not so simple - joys of life.

The festival is a time for thoroughly spring-cleaning the home, wearing new clothes and most importantly, decorating buildings with fancy lights.

The date of Diwali is set by the Hindu calendar so it varies in the Western calendar. It usually falls in October or November.

Diwali is a New Year festival in the Vikrama calendar, where it falls on the night of the new moon in the month of Kartika.

Business people regard it as a favourable day to start a new accounting year because of the festival's association with Lakshmi, the goddess of wealth.

Diwali is also used to celebrate a successful harvest.

The name of the festival comes from the Sanskrit word dipavali, meaning row of lights.

Diwali is known as the 'festival of lights' because houses, shops and public places are decorated with small earthenware oil lamps called diyas. These lamps, which are traditionally fueled by mustard oil, are placed in rows in windows, doors and outside buildings to decorate them.

The lamps are lit to help the goddess Lakshmi find her way into people's homes. They also celebrate one of the Diwali legends, which tells of the return of Rama and Sita to Rama's kingdom after fourteen years of exile.

In India oil lamps are often floated across the river Ganges - it is regarded as a good omen if the lamp manages to get all the way across.

Fireworks are a big part of the Diwali celebrations, although in recent years there has been a move against them because of noise and atmospheric pollution and the number of accidental deaths and injuries.

For many Indians the festival honours Lakshmi, the goddess of wealth.

People start the new business year at Diwali, and some Hindus will say prayers to the goddess for a successful year.

Some people build a small altar to the goddess and decorate it with money and with pictures of the rewards of wealth, such as cars and houses.

Hindus will leave the windows and doors of their houses open so that Lakshmi can come in. Rangoli are drawn on the floors - rangoli are patterns and the most popular subject is the lotus flower. This because images of Lakshmi traditionally show her either holding a lotus or sitting on one.

There is much feasting and celebration, and the Diwali lamps are regarded as making it easy for Lakshmi to find her way to favoured houses.

The goddess Kali is celebrated at Diwali in the Bengali and Oriya areas of India.

Many Indians see Diwali as an occasion to gamble. This comes from a legend in which the goddess Parvati played dice with her husband on this day and she said that anyone who gambled on Diwali night would do well.

Diwali is very much a time for buying and exchanging gifts. Traditionally sweets and dried fruit were very common gifts to exchange, but the festival has become a time for serious shopping, leading to anxiety that commercialism is eroding the spiritual side of the festival.

In most years shopkeepers expect sales to rise substantially in the weeks before the festival.

Diwali is also traditionally a time to redecorate homes and buy new clothes.

Two of the legends of Diwali show the triumph of Good over Evil and tell of the destruction of two monsters that preyed on humanity.

The killing of the demon Narakaasura

The demon Narakaasura was the evil king of Pragjyotishpur, near Nepal. He ruled with a reign of terror, abducted 16,000 daughters of the gods and stole the earings of Aditi, mother of the gods.

The gods asked Lord Krishna for help and after a mighty battle he killed the demon, freed the girls and recovered the earrings.

The rescue of the 16,000 girls is said to be the origin of the story that Krishna had 16,000 wives. After his victory Krishna returned very early in the morning and was bathed and massaged with scented oils. Taking an early morning bath with oil is still a Diwali tradition.

The killing of the demon Ravana

Ravana, who had ten arms and ten heads, was the wicked king of the island of Sri Lanka, who kidnapped the wife of Rama. Rama had been in exile for 14 years because of a disagreement as to whether he or his brother should be the next king in Ayodhya.

After a great battle Rama killed the demon and recovered his wife. Rama's return with his wife Sita to Ayodhya and his subsequent coronation as king is celebrated at Diwali.

When Rama and Sita first returned to Ayodhya it was a dark moonless night and they couldn't see where they were going. Their people put little lamps outside their houses so that the new king and queen could find their way, thus beginning the tradition of the festival of lights.