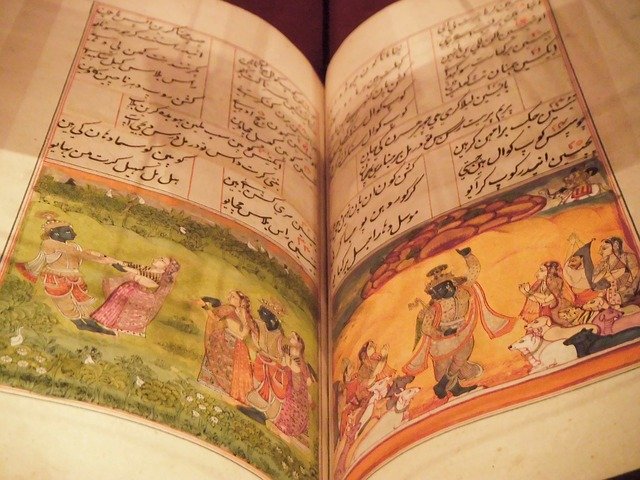 These are the most ancient religious texts which define truth for Hindus.

They got their present form between 1200-200 BCE and were introduced to India by the Aryans.

Hindus believe that the texts were received by scholars direct from God and passed on to the next generations by word of mouth.

Vedic texts are sometimes called shruti, which means hearing. For hundreds, maybe even thousands of years, the texts were passed on orally.

Contents of the Vedas

The Vedas are made up of four compositions, and each veda in turn has four parts which are arranged chronologically.

The Samhitas are the most ancient part of the Vedas, consisting of hymns of praise to God.

The Brahmanas are rituals and prayers to guide the priests in their duties.

The Aranyakas concern worship and meditation.

The Upanishads consist of the mystical and philosophical teachings of Hinduism. 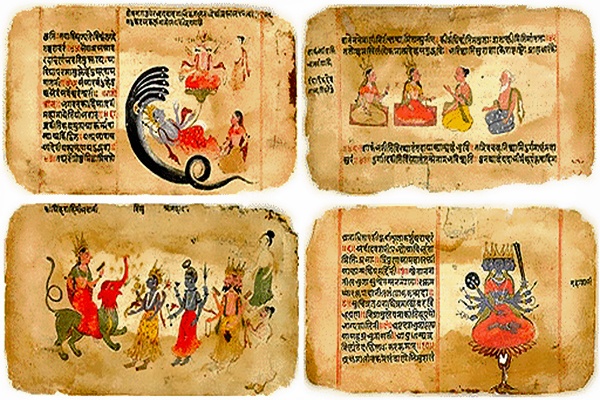 Rig-Veda Samhita (c. 1200 BCE) is the oldest of the four vedas and consists of 1028 hymns praising the ancient gods.

Yajur-Veda Samhita is used as a handbook by priests performing the vedic sacrifices.

Sama-Veda Samhita consists of chants and tunes for singing at the sacrifices.

Atharva-Veda Samhita (c. 900 BCE) preserves many traditions which pre-date the Aryan influence and consists of spells, charms and magical formulae. 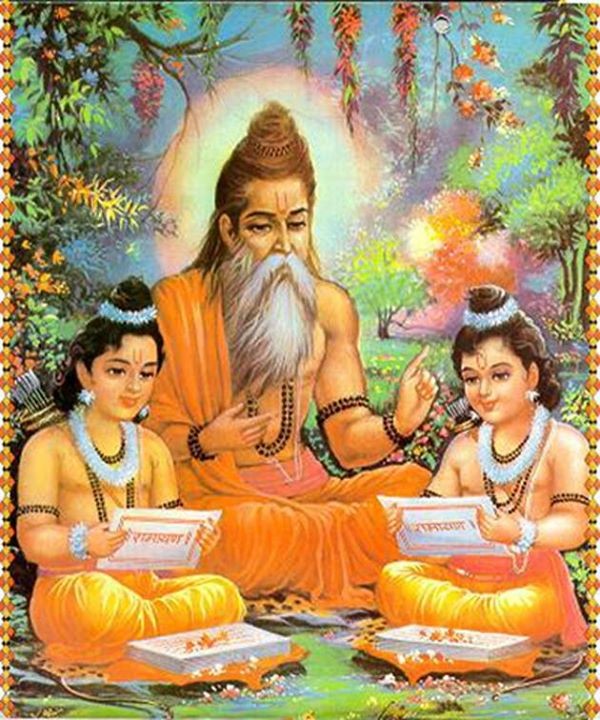 The Upanishads were so called because they were taught to those who sat down beside their teachers. (upa=near, ni=down, shad=sit).

These texts developed from the Vedic tradition, but largely reshaped Hinduism by providing believers with philosophical knowledge.

The major Upanishads were largely composed between 800-200 BCE and are partly prose, partly verse.

Later Upanishads continued to be composed right down to the 16th century. Originally they were in oral form.

The early Upanishads are concerned with understanding the sacrificial rites.

Central to the Upanishads is the concept of brahman; the sacred power which informs reality.

Whilst the priests (brahmins) had previously been the ones who, through ritual and sacrifice, had restricted access to the divine, now the knowledge of the universe was open to those of the high and middle castes willing to learn from a teacher.

The Bhagavad Gita, or "Song of the Lord" is part of the sixth book of the Mahabharata, the world's longest poem.

Composed between 500 BCE and 100 CE, the Mahabharata is an account of the wars of the house of Bharata.

It is one of the most popular Hindu texts and is known as a smriti text (the remembered tradition). This is considered by some to be of less importance than shruti (the heard text, such as the Vedas). It has, nevertheless, an important place within the Hindu tradition.

The Bhagavad Gita takes the form of a dialogue between prince Arjuna and Krishna, his charioteer.

Arjuna is a warrior, about to join his brothers in a war between two branches of a royal family which would involve killing many of his friends and relatives.

He wants to withdraw from the battle but Krishna teaches him that he, Arjuna, must do his duty in accordance with his class and he argues that death does not destroy the soul.

Krishna points out that knowledge, work and devotion are all paths to salvation and that the central value in life is that of loyalty to God. 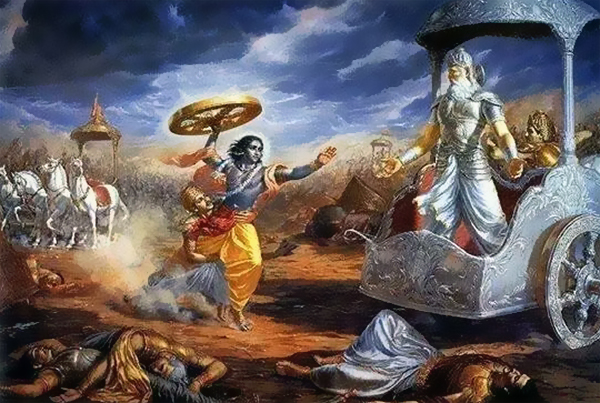 Composed in the same period, the Ramayana is one of India's best known tales.

It tells the story of Prince Rama who was sent into exile in the forest with his wife, Sita, and his brother, Lakshamana.

Sita was abducted by the evil demon Ravana but ultimately rescued by Prince Rama with the help of the Monkey God, Hanuman.

The symbolism of the story has been widely interpreted but basically is the story of good overcoming evil. Many people have said that it is a story about dharma or duty. 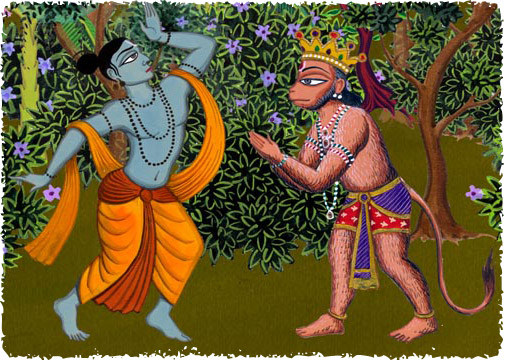