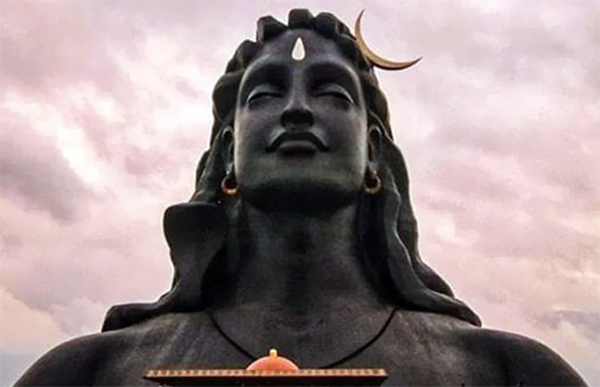 Mahashivratri (also known as Shivaratri) is a Hindu festival dedicated to Shiva, who destroys the universe, one of the deities of the Hindu Trinity.

Each new moon is dedicated to Shiva, but Mahashivratri is especially important because it is the night when he danced the 'Tandav', his cosmic dance.

Tradition says that Shiva, like his symbol the new moon, appeared in order to save the world from darkness and ignorance, before the world entered complete darkness.

Devotees of Shiva observe a fast during Mahashivratri and stay up all night at a place of worship.

Shiva is offered special food made from the fruits of the season, root vegetables, and coconuts, during ritual worship.

Those who observe the Mahashivratri fast only break their fast the next morning, and eat the prasad (food offerings) offered to Shiva.

Young girls observe the fast and worship Shiva so that he may bless them with good husbands. They sing devotional songs in praise of the lord, and holy texts are chanted throughout the night.

The pandits in the temples perform the puja (religious worship) according to the scriptures. This is done four times during the night.

In temples, Shiva linga - the phallic symbol of Lord Shiva - is worshipped. Devotees flock to the temples to perform the ritual of bathing the Shiva linga.

It is bathed with milk, water and honey, and then anointed with sandalwood paste, and decorated with flowers and garlands.

The legend surrounding the festival of Mahashivratri says that Lubdhaka, a poor tribal man and a devotee of Shiva, once went into the deep forests to collect firewood.

At nightfall, he became lost and could not find his way home.

In the darkness, Lubdhaka climbed a bel tree, and sought safety and shelter in its branches until dawn.

All night, he could hear the growls of tigers and wild animals, and was too frightened to leave the tree.

In order to keep himself awake, he plucked one leaf at a time from the tree and then dropped it, while chanting the name of Shiva.

By sunrise, he had dropped thousands of leaves on to a Shiva lingam, which he had not seen in the darkness. Lubdhaka's all-night worship pleased Shiva.

By the grace of Shiva the tigers and wild animals went away, and Lubdhaka not only survived but was rewarded with 'divine bliss'.

We have 1606 guests and no members online