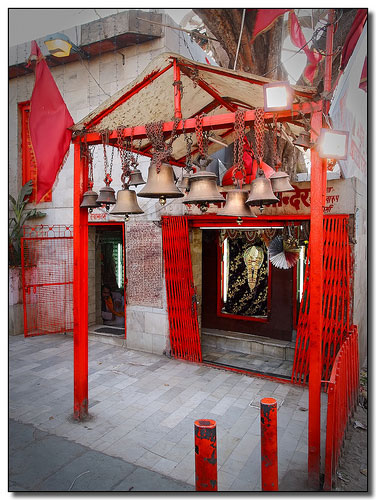 Hinduism is the religion of the majority of people in India and Nepal. It also exists among significant populations outside of the sub continent and has over 900 million adherents worldwide.

In some ways Hinduism is the oldest living religion in the world, or at least elements within it stretch back many thousands of years. Yet Hinduism resists easy definition partly because of the vast array of practices and beliefs found within it. It is also closely associated conceptually and historically with the other Indian religions Jainism, Buddhism and Sikhism.

Unlike most other religions, Hinduism has no single founder, no single scripture, and no commonly agreed set of teachings. Throughout its extensive history, there have been many key figures teaching different philosophies and writing numerous holy books. For these reasons, writers often refer to Hinduism as 'a way of life' or 'a family of religions' rather than a single religion.

The term 'Hindu' was derived from the river or river complex of the northwest, the Sindhu. Sindhu is a Sanskrit word used by the inhabitants of the region, the Aryans in the second millennium BCE. Later migrants and invaders, the Persians in the sixth century BCE, the Greeks from the 4th century BCE, and the Muslims from the 8th century CE, used the name of this river in their own languages for the land and its people.

The term 'Hindu' itself probably does not go back before the 15th and 16th centuries when it was used by people to differentiate themselves from followers of other traditions, especially the Muslims (Yavannas), in Kashmir and Bengal. At that time the term may have simply indicated groups united by certain cultural practices such as cremation of the dead and styles of cuisine. The 'ism' was added to 'Hindu' only in the 19th century in the context of British colonialism and missionary activity.

The origins of the term 'hindu' are thus cultural, political and geographical. Now the term is widely accepted although any definition is subject to much debate. In some ways it is true to say that Hinduism is a religion of recent origin yet its roots and formation go back thousands of years.

Some claim that one is 'born a Hindu', but there are now many Hindus of non-Indian descent. Others claim that its core feature is belief in an impersonal Supreme, but important strands have long described and worshipped a personal God. Outsiders often criticize Hindus as being polytheistic, but many adherents claim to be monotheists.

Some Hindus define orthodoxy as compliance with the teachings of the Vedic texts (the four Vedas and their supplements). However, still others identify their tradition with 'Sanatana Dharma', the eternal order of conduct that transcends any specific body of sacred literature. Scholars sometimes draw attention to the caste system as a defining feature, but many Hindus view such practices as merely a social phenomenon or an aberration of their original teachings. Nor can we define Hinduism according to belief in concepts such as karma and samsara (reincarnation) because Jains, Sikhs, and Buddhists (in a qualified form) accept this teaching too.

Although it is not easy to define Hinduism, we can say that it is rooted in India, most Hindus revere a body of texts as sacred scripture known as the Veda, and most Hindus draw on a common system of values known as dharma.

Hinduism originated around the Indus Valley near the River Indus in modern day Pakistan.

About 80% of the Indian population regard themselves as Hindu.

Most Hindus believe in a Supreme God, whose qualities and forms are represented by the multitude of deities which emanate from him.

Hindus believe that existence is a cycle of birth, death, and rebirth, governed by Karma.

Hindus believe that the soul passes through a cycle of successive lives and its next incarnation is always dependent on how the previous life was lived.

The main Hindu texts are the Vedas and their supplements (books based on the Vedas). Veda is a Sanskrit word meaning 'knowledge'. These scriptures do not mention the word 'Hindu' but many scriptures discuss dharma, which can be rendered as 'code of conduct', 'law', or 'duty'

Hindus celebrate many holy days, but the Festival of Lights, Diwali is the best known.