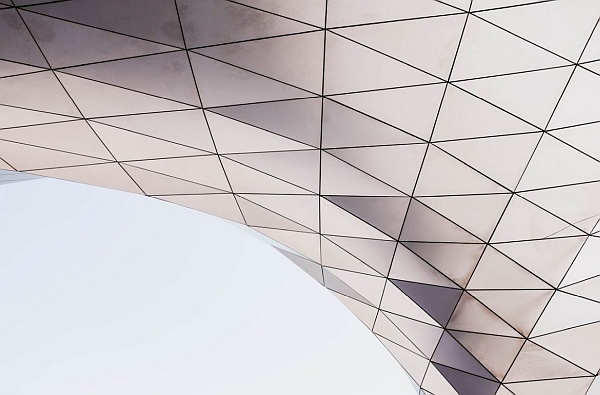 Does history repeat itself, or are we doomed to repeat history because of our inability to realize the impact of our choices? The answer is probably ‘both’.

Synchronicities, memories from other (past or parallel) lives and repeating occurrences, on a personal as well as global scale attest to the non-linear nature of time. Even Saturn, the Master of Time himself, does cycle through the Zodiac, slowly but surely, unrelenting and punctual in surveying every aspect of our life, challenging us to step our game each and every time. 7-year cycle after 7-year cycle.

For the first time since January 1994, Saturn will enter the sign of Aquarius on March 22, 2020, for a fleeting, but likely eloquent preview of the themes and dynamics we will experience over the course of the next 2.5 years. The ringed taskmaster will then station retrograde on May 11, at 1° Aquarius, re-enter Capricorn on July 1, and turn direct in September, permanently settling in the kingdom of the Water Bearer on December 17.

There is no sure way to predict the turn our lives will take once Saturn enters Aquarius for good, nor is making prediction the point of this post, or Astrology’s, for that matter — but valuable clues are most certainly disseminated throughout history. And when it comes to learning from the past (Saturn) so that a better future (Aquarius) can be created, there is hardly a better sign/planet combo than this one.

The previous transits of Saturn in Aquarius yielded some of the most noteworthy, turning points of the history of the twentieth century, along with some cutting-edge technological innovations that are still affecting the way we connect to each other. The roots of our present reach far back into a not so distant past. Let’s start from there.

Saturn’s transit of Aquarius between 1962 and 1964 did not only bring us the first transatlantic television broadcast via the Telstar Satellite, the first industrial robot, and Beatlemania.

1963 is unanimously recognized as a defining year for the Civil Rights’ movement, with the number of activists and protestors involved reaching a critical mass, turning what had begun with a small group of black students into the largest movement for racial reform ever. Around that time, Somalia, Benin, Burkina Faso, Ivory Coast, Chad, Central African Republic, Congo, Gabon, Nigeria, Mauritania, Sierra Leone, Jamaica and many others, were also securing their independence from European governments.

1963 will forever remembered as the year of the March on Washington and Martin Luther King’s memorable I have a Dream speech.

Nowadays, it’s easy to gloss over the fact that, back then, MLK was nowhere near as celebrated as he is today. The actual, living MLK was deemed unpopular, controversial and even dangerous: arguably, the present whitewashed, gentrified rendition of MLK has almost totally erased and silenced the man that practiced civil disobedience, took outspoken stances against racism and capitalism and advocated for economic equality. Perhaps, it’s no coincidence that, decades later, we’re still failing to properly honour his legacy.

While the I Have a Dream speech was not the pinnacle of MLK’s activism, it surely marked a pivotal moment in a socially and politically tense context that saw important developments in the fight for racial justice, diversity and equal opportunities — mostly at a great cost, through strife, persistence and collective action.

Message to the Grass Roots, commonly recognized as one of the most important speeches of the 20th century, was also delivered in the same year. Its author was Malcolm X, another severely misrepresented figure, although perhaps in the opposite sense compared to MLK: similarly, though, his militant vision for civil rights was also thought of as extreme and revolutionary at the time.

On February 6, 1991, Saturn left Capricorn for Aquarius, once again. The 90s equivalent of Beatlemania was the explosion of the Grunge scene, with Grunge quickly becoming the most popular rock sub-genre of those years thanks to legendary albums like Pearl Jam’s Ten (August 1991), Nirvana’s Nevermind (September 1991), Alice in Chains’ Dirt (September 1992). 1992 was also the year of the infamous wave of arson attacks to Christian churches in Norway, perpetrated by the members of the local Black Metal scene, a phenomenon that attracted notable media attention and introduced Black Metal to the masses.

Between 1991 and 1994, outstanding technological milestones were also achieved, such as the first GMS telephone call, the birth of the World Wide Web project (August 1991), which made Internet available to unrestricted commercial use, and the introduction of the web browser.

In 1992, the compact disc outsold cassette tapes for the first time, as the preferred medium for recorded music, while Intel introduced the Pentium microprocessor in 1993.

The most relevant socio-geo-political transformation of those years, however, was undoubtedly the dissolution of the Soviet Union into its component republics; the process began in the second half of the 80s, amidst growing unrest within the republics themselves, but it wasn’t until  December 26, 1991, that the USSR itself was voted out of existence.

Not any less important was the start of the negotiations to end Apartheid in South Africa, which began in May 1990. On June 17, 1991, the South African Parliament repealed the Population Registration Act, which previously required racial classification of all South Africans at birth.

In 1992, the Yugoslav Federation broke up. In the same year, Bush and Yeltsin proclaimed a formal end to the Cold War on February 1st.

The Maastricht Treaty, signed on February 7, 1992, became effective on November 1st, 1993, formally establishing the European Union as a single market.

Saturn and Aquarius: A not so unlikely Pair

Wherever he is, Saturn brings pressure, tests, lessons, trial, error and more trial. Inflexible, scrupulous and unbending, Saturn has a way of pushing us to succeed in what we do; he can meet us where we are, but he demands our word that we will do the work.

Saturn embodies and requires mastery. The kind of mastery that comes after sustained effort, repeated mistakes, a few bumps in the road, and a realistic assessment of our capabilities, skills, weaknesses. They don’t call him The Taskmaster for nothing.

Saturn and Aquarius are not as different as we might assume. Saturn was the ruler of Aquarius, after all, prior to Uranus being discovered. Aquarius’ mission is the creation of a new order, one that is enlightened and inclusive: new rules, equal opportunities, unity in difference. Aquarius’ vision is sharp, rich and vivid that it makes the future seem barely two steps away.  A unified vision arising out of the plurality of human experience.  An universal trajectory that connects all dots.

Whereas Saturn deals with authority, Aquarius symbolizes the collective: the communities we belong to, the one-to-many connections we relate to, the human groups with which our individual narrative is intertwined. Our involvement in activities that further the progress of humanity, rather than serving our individual goals. Connectedness. Togetherness.

Saturn enters Aquarius, 2020: We need Each Other

In her book, Saturn: A New Look at an Old Devil, Liz Greene offers a brilliant synthesis of the core lesson of Saturn in Aquarius, as a placement that urges us to shoulder our “responsibility as a cell in the larger body of humanity”.

As Saturn enters Aquarius, our personal path becomes flagrantly, inextricably linked to the ways of the collective. More than ever. In joy and loss, in victory and failure. Every shift becomes a collective shift. Every act of self-healing soothes the wounds of our people. Every personal intention creates a ripple effect that reverberates on the whole of humanity. Every dream can blossom into a revolution.

Everything we do affects others, for good or ill. What we purchase, consume, discard. What we eat. What we stand for. What we refuse to be complicit in. Who we associate with. Saturn in Aquarius brings us closer to one another, pushing us to get serious about our involvement in group life, to hold ourselves accountable for the ways we enrich or fail our communities, to treat every threat to justice, equality and human dignity as it affects us directly. Because it does.

The current stage of reckoning with the human condition requires us to focus less on the “I” and more on the “we”. For this reason, while Saturn transits Aquarius, it also becomes imperative to pay attention to the groups and circles we partake in: do they embrace us? Drain us? Support us? Grant us the freedom to explore and reinvent ourselves? Do they share the same values, goals and objectives as us? Are they lifting us higher? Are they actually taking us somewhere?

Group involvements that are stifling and demanding without allowing room for our individual gifts and inclinations are bound to succumb to Saturn’s sickle, and so is any other social connection that doesn’t reflect our ambitions and sense of integrity. And, shall even more restrictive circumstances arise, threatening our freedom of expression, our right to self-define, our very identity, it’s our duty to fight back.

The time span between 2020 and March 2023, when Saturn will leave Aquarius for Pisces, is likely to present us with major leaps forward in terms of technological advancements. On a smaller, more personal scale, the blend of Saturnine discipline and Aquarian inventiveness will favour the process of anchoring abstract, ingenious ideas in the material realm, especially if the outcome is instrumental to the Aquarian goals of interconnectedness, collective action and community building.

Most importantly, we will be called to critically and realistically assess our involvement in communities and social circles, to sever the connections that have fallen out of alignment with our personal trajectory, and to bring a more structured approach to our contribution to the groups we belong into.

Social justice and civil rights are likely to require a more direct, effective participation on our behalf, within the limits of our effective mental and physical abilities. In fact, it’s possible that the transit of Saturn through Aquarius will see many movements gaining traction and achieving groundbreaking results.

Our progress and growth at this time will greatly depend on our willingness and ability to cooperate with larger groups and re-direct our personal energies towards the greater good.

Those who have Saturn in Aquarius in their birth chart will be going through their Saturn Return, which means that, when Saturn enters Aquarius, they will be especially prompted — and even pressured — to enter the arena of humankind and fulfill their potential as meaningful agents of collective change.

If you want to know how Saturn entering Aquarius might affect you, get in touch with me to get a reading. Tarot readings are also available!

If you want to support me, but don’t want to pay for a full reading, you can buy me a coffee.

Cristina Zodiac Poetry
Hi! I'm Cristina and I've been blogging about Astrology and consulting with clients since 2013. To me, Astrology is personal, spiritual, political and magickal at once, and it should be used to uplift, empower and clarify. This is what I do with my clients.
Source Here
You can keep up with me on Facebook and Instagram, where I will post daily musings and detailed interpretations for the current aspects.

We have 1858 guests and no members online