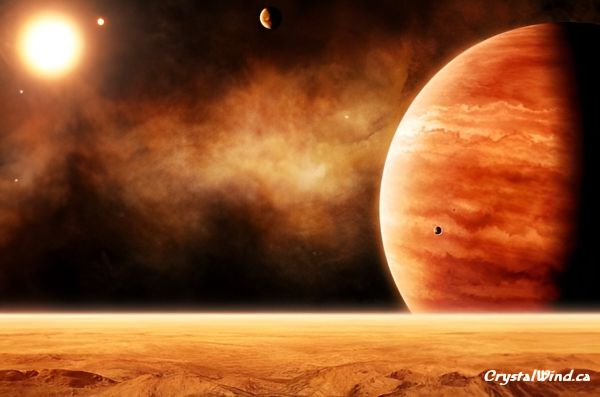 We’re in the heart of Sun opposing Mars! Once it’s no longer partile in a few days, we will all quickly feel a major shift in the energies. No wonder! When these two power planets line up in opposition, something’s got to give!

What gives, of course, is Mars. The Sun is the giver of Light/Life, and no other planet supersedes the power of the Sun to illuminate. And in any tug of war, the Sun wins. No question there.

Usually, a Sun opposed Mars requires that we either "curb our enthusiasm" or "let our enthusiasm come forth." Mars RX can lead us to realizations of internal dilemmas or old tapes which keep something of who we are from expressing itself directly and easily. It would mean we’re getting a whole new way of thinking, understanding, or communicating with others, or finding ways to get around inhibiting circumstances. In any case, since the Sun is vitality and Mars is energy, we still need a measure of self-restraint to consider other angles of approach, and must not get distracted by passing impulses (though these should show us ancient seduction tapes we need to deal with)

By Friday the opposition will no longer be exact, so we should start to feel like things are speeding up, if only a little. While there is still a general weirdness in the atmosphere thanks to the Full Moon made into a T-square via Neptune, just build heart strength, and focus on the details of the plan or method. From now on Mars picks up speed, and by late December we should all feel a sense of movement distinctively different than what we've experienced between mid-October and mid-December.

By studying the cycles of the Sun with Mars, we come to understand an entirely different “pulse” of action/non-action in our charts, where the focus will be during the months that cycle is in effect, and where the critical turning points in those cycles will be encountered. By looking at where the Sun conjuncts Mars, and when they’re in opposition due to the Mars retrograde effect, we can see where our points of focus are, where we’ll be slowing down for a few weeks to re-trace our steps, and where our points of new initiative can be seen.

So today, we take a look at past, present, and future in terms of when the Sun conjunct Mars sets a new 2 year period into motion, as well as when Mars retrograde killed the momentum and forced us all to re-work, re-do, un-do, or slow something down for a while before picking it back up again with renewed focus. Perhaps by seeing where the various Sun conjunct Mars degrees fell in your chart, you’ll understand how various areas of your life were shown new initiatives, new ways of pushing forward in life, or new things that had to be done in order to move some karma forward in those houses.

What follows are the Sun-Mars cycles for the past 20+ years. See where the conjunctions fell in your chart, see where the Mars retrogrades and oppositions to the Sun fell, and you may understand how your Light and Initiatives intersected to push you in new directions, or at least, where you had to un-do some things, or put them on hold, in order to move forward later on. And of course, all of this must be considered in the light of other planetary transits over these zones, as well as how other planets’ stationary points aspected the critical Sun-Mars cyclic points.

So, as we move through this time of slowed activity, dealing with the fracturing and re-integrating energies of the Mutable squares in play right now, take a new look at what you want, why you want it, and anything inside you that is preventing you from getting what you want. Do you need a new plan, or a new method?

Mars will be very favorable to Saturn for several months to come, so use Libra energy to find the right rhythm and perspective to move forward with elegance and caution. This ends the oppositions to Mars for a year, and by December 12 Jupiter will begin to receive a quintile from Mars, followed by a sextile in play through the beginning of February, and then they’re back in quintile through all of March into early April. Very favorable for specialization and unique gifts and blessings!

We will soon begin to pick up speed noticeably, so get prepared for the quickening to come! By March, Mars is again square Neptune, and when it enters Cancer in late March, it’s a whole new expression! Until then, keep it slow and everything should stay on the rails if we don’t get to spread out and are using the right means to achieve our ends. Quincunxes from Capricorn planets to Mars will force sacrifices and adjustments in the second half of December, so use good Scorpio and Leo energy to make progress. By mid-January, set aside and allow your inner “Zen archer” take careful aim, and let your arrows fly to the bullseye!

For now, take a look at what’s been slowed down or slammed into reverse the past 7 weeks, and get ready to move forward from here wherever Mars is transiting in your chart.