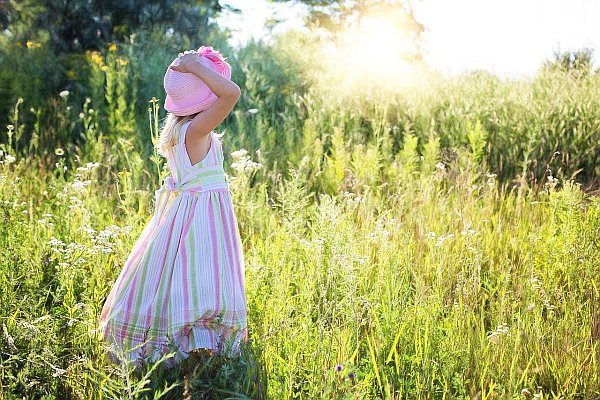 The Aura has always been inside everyone; and it all starts at an early age. The aura is responsible for developing an intellectual part of a person, one layer at a time. Think of it as a big bubble of invisible energy that’s all around you protecting you, or as a two-way antenna that delivers information into the energy part of the body to make the physical body function and adapt to whatever is happening in the world around you.

Here are six reasons why your child should keep their aura strong.

“Self-esteem is part of how we live, because it’s how we socialize with people and the world,” says Jack Naylor, a lifestyle writer at Uktopwriters and Revieweal. “However, if a child is shy, or they’re not confident about themselves to where they avoid interacting with other people, then that creates low self-esteem issues for them; and that affects their aura to where it’s not as big and buoyant as it should be.”

So, what can be done with reverse social isolation?

“Have your child work being more confident and more social towards other people,” adds Naylor. “In this way, they’ll build a stronger aura, to which they’ll feel safer and more in control of their emotions. A strong aura also lets a child feel more liberated to do things and even come out of their shell, making them more likely to handle bullying situations in a more effective way.”

Sensitive “energies” can affect a child’s ability to “try and fit in,” because excessive sensitivity can make it difficult for them to adapt and enter into social settings where peer groups are often present. This is especially normal for children to experience when they’re starting school (or starting a new one), because they have to adapt to a new environment and seeing new people, along with being away from home and family. Though, with extra sensitivity, it can be a lot harder for children to adapt to such an environment. One way that children may try to adapt to unnatural environments is to try harmonizing and adjusting their “sensitive energies” to such settings.

However, with so much more man-made and electromagnetic activity than ever on Earth (especially in this lifetime), that can also affect the “energies,” regardless if people are aware of it or not. With these invisible energies on the loose, children may experience emotional bouts such as tantrums and meltdowns. Or, they can experience illnesses that affect the digestive tract, allergies, breathing, etc.

Therefore, having a strong aura allows children to channel their emotions in a more positive way, and to be more open to new environments such as a new school or a play date.

Children tend to be more vulnerable to illnesses at a young age. However, when a child gets sick (especially from airborne illnesses), it affects the aura before spiraling into the physical body. And, with a weak aura, children will be extremely more vulnerable to getting sick, and at a faster rate.

For example, children are often present in the classroom. However, them just being there makes him vulnerable to airborne illnesses, as they’re passed on from child to child, making it easy for children to infect each other without even knowing it.

Therefore, it’s important for a child to have strong aura, so that they would be less vulnerable to the things that can get them sick.

Just like how the physical body can get weak and sick, it can also be vulnerable to trauma. In fact, your aura can serve as a reflection of what has happened to you.

For example, when children recover from surgery in a hospital, they might feel like that they’ve been cut open by doctors and tools. They might have that sense of hollowness the “holes” that were made in their bodies. This hollow feeling may be worse for children with extra sensitive energies, since they’re more susceptible to negative energy, making them feel really bad about what they’ve went through.

Since a weak aura makes children more vulnerable to trauma, it’s important to keep the aura strong, so that it can be easier for them to move to a more positive space when recovering from traumatic experiences.

Mental exercise is important for children to practice, especially at a young age. Again, imagine the aura as a large bubble surrounding you and protecting you.

There are many exercises like the Eden Energy Exercise and the Celtic Weave can help you channel the aura, and make them stronger. As you grow your aura, you’ll feel the stresses fall off like dropping weights from your shoulders. And, these exercises are essential for children, since they shouldn’t be exposed to many stresses, or else risk being a slave to negativity.

“After children reach the age of 5 and go on from there, they would have already developed all seven layers of their aura,” says Reece Francis, a mindfulness blogger at Bestbritishessays and Bestaustralianwriters. “However, when they reach the age of 10, they will begin a process called ‘soul integration.’”

But what is soul integration, exactly?

“Soul integration is when the child’s soul anchors itself deeper into the body,” adds Francis. “Once that happens, the aura starts shifting into different colors, thus emphasizing the phrase: ‘seeing one’s true colors.’ A person’s true colors often shows you what type of soul they are, and where they’re from.”

A strong aura is essential to a child’s development and growth. As you help them work on improving their aura, children will be less prone to sensitivity, less vulnerable to sickness, and stronger in building relationships and self-esteem through the many environments that they’ll encounter during their lifetime. And the best part of this is that you can start developing their aura today!

Molly Crockett writes for Australianhelp.com and Paperfellows.com. She is also a writer and editor for Stateofwriting.com. As a marketing writer, she shares her unique lifestyle tips and personal development advice with her audience.

This article was submitted exclusively to CrystalWind.ca by Molly Crockett .

We have 1418 guests and no members online