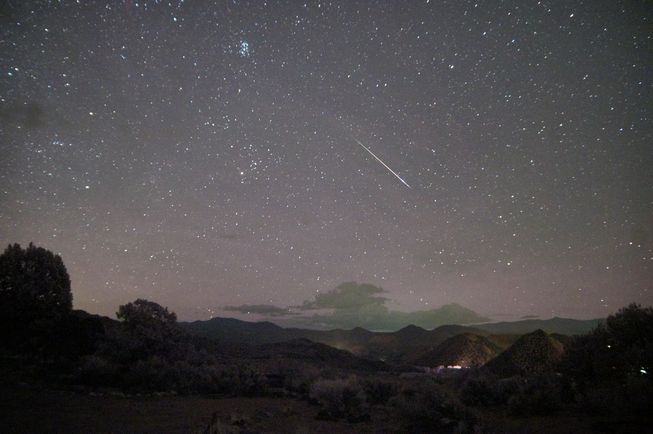 According to NASA meteor expert Bill Cooke, the Perseids are perhaps the most popular meteor shower of the year; and this year, they'll be the best shower of the year. This year during peak people should see about 60-70 meteors per hour, but in outburst years (such as in 2016) the rate can be between 150-200 meteors an hour. The meteor shower's peak will be visible both the nights of Aug. 11-12 and Aug. 12-13, Cooke said, but he's inclined this year to lean toward the night of Aug. 12-13 for the better show. (Both, however, should be spectacular.)

"This year the moon will be near new moon, it will be a crescent, which means it will set before the Perseid show gets underway after midnight," Cooke told Space.com. "The moon is very favorable for the Perseids this year, and that'll make the Perseids probably the best shower of 2018 for people who want to go out and view it." The Perseids are rich in fireballs, so the show should be even better.

When to see them?

Earth will pass through the path of Comet Swift-Tuttle from July 17 to Aug. 24, with the shower's peak — when Earth passes through the densest, dustiest area — occurring on Aug. 12. That means you'll see the most meteors in the shortest amount of time near that peak, but you can still catch some action from the famed meteor shower before or after that point.

You can see the Perseid meteor shower best in the Northern Hemisphere and down to the mid-southern latitudes, and all you need to catch the show is darkness, somewhere comfortable to sit and a bit of patience.

We have 1997 guests and no members online