Black Holes Are Portals to Other Universes, Claims New Study 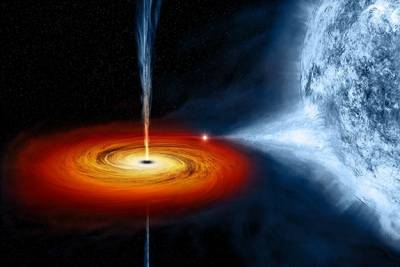 Many theories about black holes that exist in space were developed over time. The prevailing opinion says that whatever falls into a black hole disappears forever and breaks apart into the component parts. However, a new theory states that black holes do not destroy the matter but rather are a kind of exit gates which lead in various parts of our universe or in other universes.

As described in other theories, as the matter approaches the core of the black hole, the gravitational field becomes more and more powerful, but it does not disappear into a space-time singularity as the prevailing theory states. According to the study results of the two researchers, the matter does not disappear in the middle of the hole but continues its way up the other end and gets from there in another universe or another location in our universe.

The idea that black holes are portals to other worlds rather than a place of absolute destruction is not new. But they all stumbled on the space-time singularity. This is the first time when this barrier is bypassed with the help of scientific tools. The results of the study were published in the journal «Physical Review Letters».

We have 1916 guests and no members online