The Most Unusual (And Significant?) Solar Eclipse In U.S. History Will Happen Next Month On August 21 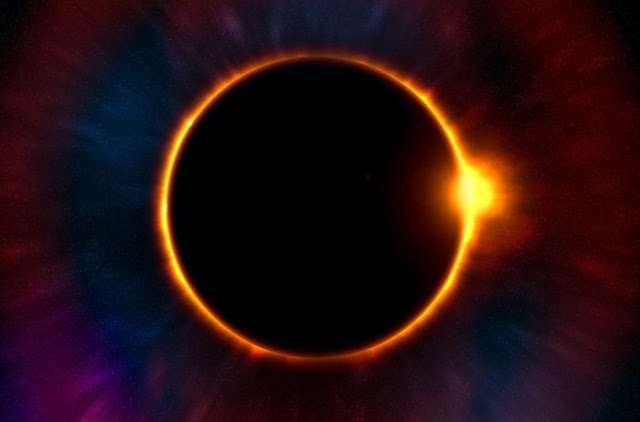 In other words, since the United States became a nation there has never been a total eclipse that was only visible here and nowhere else. And this will be the first total solar eclipse to cross from the west coast to the east coast in 99 years. So for those that love astronomy, this is bigger than the Super Bowl.

Close to 200 million people live within a day’s drive of “the totality zone”, and many are projecting that this will be the most-viewed eclipse ever. In fact, many hotels and campsites along the path of the eclipse are already completely booked. So if you want to see it live, you better make your arrangements quickly.

Of course the “main event” will not last for very long. Depending on the location, the total eclipse will only last for about two or three minutes.

But if you count from the time that the moon will begin to cover the sun until the time when the sun is completely uncovered again, it will take approximately two and a half hours for the entire process to unfold. The following comes from Newsweek…

If you are in the band of totality, you will see (if you look through special ‘solar filters’ that darken the Sun by a factor of about 100,000) the Moon gradually covering the sun for about 75 min, then the beautiful totality, and then the uncovering for another 75 min.

Of course in the heavens things will be taking place at very high speed. For example, the moon’s shadow will actually be crossing the U.S. at a speed of close to 1,700 miles per hour.

And even if you are not in the “totality zone”, you will still notice what is happening on August 21st. That is because this eclipse will actually cast a “shadow” over the entire nation.

Could it be possible that has some sort of significance?

I don’t know, but without a doubt there will be a whole lot of speculation going on as we get closer to the date.

Many have pointed out that this solar total eclipse in 2017 will be followed by another total solar eclipse nearly seven years later on April 8th, 2024.

And when you plot the projected courses of these two solar eclipses on a map, they form a giant “X” over the center of the United States… 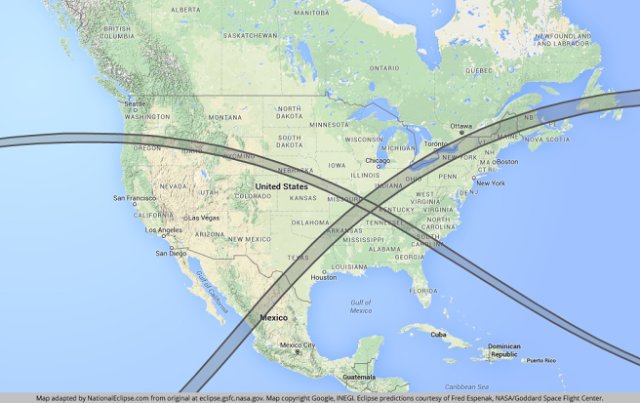 Could this be some sort of extremely bizarre coincidence?

And if it isn’t a coincidence, what could it mean?

I am afraid that I don’t have the answers to those questions right now, but I do find it to be extremely interesting that the heart of this “X” just happens to fall in the middle of the New Madrid fault zone.

Back in 1811 and 1812, the New Madrid Fault zone was hit by a series of absolutely massive earthquakes. At one point the shaking was so bad that it even caused church bells in Boston to start ringing. If similar earthquakes happened in our day and time, the damage would be absolutely unimaginable. The following comes from Smithsonian.com…

The Midwest was sparsely populated, and deaths were few. But 8-year-old Godfrey Lesieur saw the ground “rolling in waves.” Michael Braunm observed the river suddenly rise up “like a great loaf of bread to the height of many feet.” Sections of riverbed below the Mississippi rose so high that part of the river ran backward. Thousands of fissures ripped open fields, and geysers burst from the earth, spewing sand, water, mud and coal high into the air.

Could you imagine “thousands of fissures” suddenly opening up all over the middle of the country?

One insurance company tried to estimate what the economic toll would be if similar quakes happened today, and they came up with a figure of “about 300 billion dollars”…

A series of big shakes — of the sort last seen in 1811 and 1812 — would cause about $300 billion in damage, Swiss Re says. The cost would be double the damage from Hurricane Katrina in New Orleans in 2005.

Houses — especially brick ones — would collapse. Buildings would sink sideways into liquefying earth. Bridges might tumble into the rivers. The route of the Mississippi River could change — as it did in the last big quake.

People would die, perhaps by the thousands. Being mainly a property reinsurer, Swiss Re didn’t estimate the human toll.

And we should also consider the fact that there are 15 nuclear reactors along the New Madrid fault zone. And so during a major catastrophe we could be looking at Fukushima times 15.

Let us hope that the next major New Madrid earthquake is put off for as long as possible. Nobody should ever want to see that kind of devastation.

But scientists tell us that the Earth’s crust is “mechanically weaker” under the New Madrid fault zone than it is in other areas of the country, and they assure us that given enough time there will be more massive quakes in the region someday.

It is entirely possible that it could just be a complete coincidence that these two eclipses form a giant “X” directly over the heart of the New Madrid fault zone, but I think that it would be a mistake to dismiss this phenomenon altogether without reflecting on what it might mean. Because as Pastor Mark Biltz has pointed out, it appears that God specifically used solar eclipses back in Biblical times…

“An archaeological find of cuneiform tablets was found in the 19th century describing events in Nineveh. A famous eclipse mentioned in the tablets was known as the Bur-Sagale eclipse, which is verified by NASA as occurring on June 15, 763 BC. The path of totality was right over Nineveh. God had declared the sun and the moon were for signs, and now the Ninevites saw the wrath of God coming even before Jonah arrived a couple months later. When Jonah arrived, they were ripe for repentance.”

Our world is a very strange place, and it is getting stranger with each passing day.

And one thing is absolutely certain – the entire nation will be looking up into the sky on August 21st, and what they will see will be truly historic.

We have 1423 guests and no members online