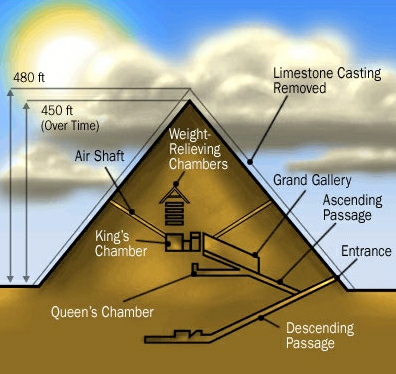 The Great Pyramid is the most remarkable building in existence on the face of our planet today. It was built with such precision that our current technology cannot replicate it. This pyramid is so precisely constructed that until recently (with the advent of laser measuring equipment) scientists were not able to discover some of its subtle symmetries (not to mention duplicate them). Among other aspects, there are also very exact geometric relationships between all the structures in the pyramid complex at Giza.

It is facts such as these that should raise questions as to the commonly accepted (and mostly mistaken) interpretations of its purpose, history and construction, as well as the history of our society (and especially the so-called 'pre-history' of mankind). There are many answers out there; all you have to do is look. 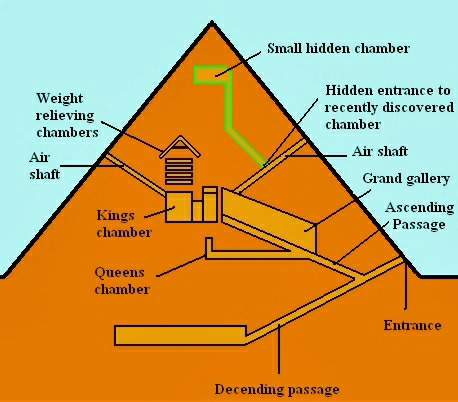 Experiencing the Pyramids first hand is often described by seekers as one of the most life changing and profound experiences in their lives. In certain dynasties of ancient Egypt, Arch-Priests, both male and female were said to have been initiated in the King and Queens Chambers. The final process involved being closed inside the sarcophagus for 3 days, with the lid sealed.

The "Precession of the Equinoxes", a period of 25,827.5 years, the time required for our solar system as a unit to make one revolution around its vastly greater sun, the Pleiades, is shown exactly in the pyramid in four places. Is this why 2012, the year of Ascension, the centering of our Solar System in the Galaxy is the year to experience the Great Pyramid of Giza...!

Here are some facts that have recently been re-discovered about this structure:

There is arguable evidence that Prophet Isaiah spoke of the Pyramid:

In the Hebrew language, each of the original 30 words has a numerical value because each Hebrew letter is also a number. When the 30 words are added up, the total is 5,449, which is one of the most significant and dominant numbers of the Pyramid. It is the exact height of the Pyramid in sacred Jewish inches.

We have 923 guests and no members online