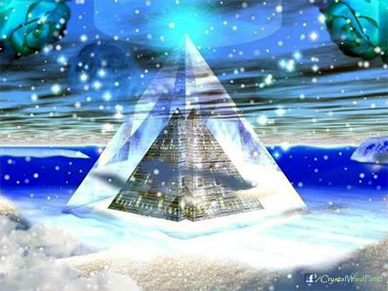 Allegedly in 1968, Dr. Ray Brown, a naturopathic practitioner from Mesa, Arizona, was scuba diving with friends near the Bahamas, in an area 20 miles from the edge of a submarine drop-off called the Tongue of the Ocean.

During the dive, Brown became separated from his companions, and in trying to rejoin them, suddenly saw a strange pyramid shape looming up against the aquamarine light. The pyramid was situated 22 fathoms down, stood 120 feet high, with only 90 feet projecting out of the sea floor shifting sands. Brown was at first struck by how smooth and mirror-like the stone surface of the structure was, with the joints between the individual blocks almost indiscernible.

Swimming about the capstone, which the Arizona diver thought looked like lapis lazuli, he discovered an entranceway and decided to explore further. Passing along a narrow hallway, Brown finally came to a small rectangular room with a pyramid-shaped ceiling. What was amazing was that the room contained no algae or coral growing on the inner walls. They were completely spotless.

In addition, though Brown had brought no flashlight, he could nevertheless see everything in the room perfectly. It was very bright and well lit, but no direct light source was visible. Brown’s attention was drawn to a brassy metallic rod 3 inches in diameter hanging down from the apex of the center, and at its end was attached a many-faceted red gem, which came to a point. Directly below the rod and gem, sitting in the middle of the room was a stand of carved stone topped by a stone plate with scrolled ends. 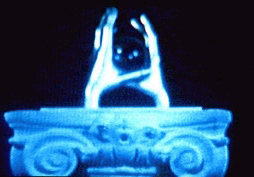 On the plate rested a pair of carved metal bronze-colored hands, life-sized, which appeared blackened and burnt, as if having been subjected to tremendous heat. Nestled in the hands, and situated 4 feet directly below the ceiling rod gem point, was a crystal sphere 3-1/2 inches in diameter.

Brown first attempted to pry loose the ceiling rod and red gemstone, but neither would budge. Turning back to the crystal sphere he found it easily separated from the bronze hand holders, and left the pyramid with it. As he departed, Brown felt a presence, and heard a voice from somewhere telling him never to return.

Fearing that his unusual prize might be confiscated as salvage-treasure by the U.S. government, Dr. Brown did not disclose the existence of the strange crystal or his experiences until 1975, 9 years later, when he exhibited the crystal for the first time.

He displayed the crystal only a half dozen times, but each time witnesses have seen or have been sensitive to strange phenomena directly associated with it. 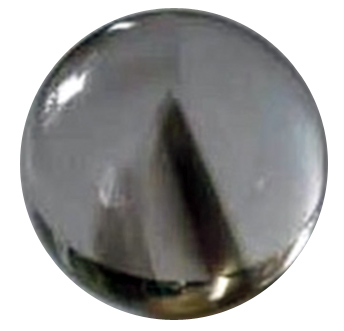 Deep inside the crystal form one gazes upon three pyramid images, one in front of the other, in decreasing sizes.

Some, entering into a meditative or alpha brainwave state of consciousness, are able to clearly see a fourth pyramid, in the foreground of the other three.

The significance of the image may have been hinted at by psychic Elizabeth Bacon of New York. In a trance reading on the mysterious sphere, she received the message that the object had once belonged to Thoth, the Egyptian god who allegedly buried a secret vault of knowledge near the three great Pyramids of Giza at the beginning of time.

One might view this as a ‘record keeper crystal’ and ‘three’ as third dimension. ‘Subterranean’ is an metaphor for the sea of creation, collective unconsciousness, grid matrix of our reality, Hall of Records, etc.

Do the positions of the three pyramid images in the crystal hold a key to finding a fourth, as yet unfound subterranean pyramid, or maybe it’s the key to activating the sphinx and the great pyramids of Egypt.. the speculations are limitless.

From the side, the internal images dissolve into thousands of tiny fracture lines, and Brown feels these may be electrical in nature, like some form of microscopic circuitry. From still another angle, and under special conditions, many witnesses have been able to see a large single human eye staring out serenely at them. Allegedly photographs of this eye have also been taken.

Dr. Brown’s crystal sphere is the source of a variety of paranormal events. People have felt breezes of ionic winds blowing close to it; cold and warm layers surround it at various distances; other witnesses have been phantom lights, heard voices, or felt strange tingling sensations around it.

A compass needle placed next to the sphere will spin counterclockwise, then begin turning in the opposite direction when moved only two inches away.

Metals are temporarily magnetized in close contact with it. There are even recorded instances where one person has been temporarily healed of an ailment by touching the crystal sphere, but then the next person to come into its range took on the symptoms of the ailment of the other person, as if the crystal could draw out and then activate human disorders at will.

Just what the purpose of the crystal sphere was, and what role it once played in the enigmatic instrument Brown found inside the sunken Bahaman pyramid, remains a mystery, though of course there are some interesting possibilities.

All that we know for certain is that the crystal sphere Dr. Brown retrieved from this system is by itself testimony to a most sophisticated technology, for as experts at the Smithsonian Institute in Washington noted, the technology for cutting quartz stone to the perfection exhibited in the crystal sphere was not accomplished by our civilization until after 1900. 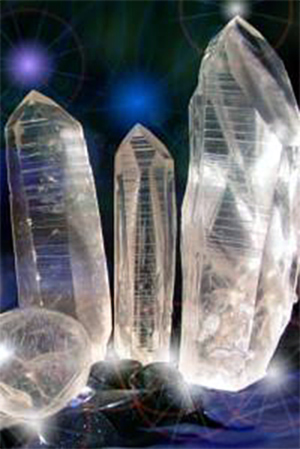 One of the most detailed descriptions of the Atlantean use of a mysterious instrument called the Great Crystal was given by Edgar Cayce, who mentioned it many times. According to Cayce’s description of the Atlantean Crystal, also known as the Tuaoi stone, it channeled energy from the Universe into dimensional space. The energy from the Universe had to cross a “boundary” in order to manifest in dimensional space. In the Samoan language and culture, the word Tuaoi means “boundaries”.

In the beginning it was used as purely a spiritual tool by initiates who could handle the great energy. The early Atlanteans were peaceful people. As they developed more physical material bodies, they used the crystal to rejuvenate their bodies and were able to live hundreds of years while maintaining a youthful appearance.

Later the Great Crystal was put to other uses. Currents of energy were transmitted throughout the land, like radio waves, and powered by these, crafts and vehicles traversed the land, through the sky and under the sea at the speed of sound.

By utilization of other currents originating from the Great Crystal, the Atlanteans were also able to transmit over great distances the human voice, and pictures, like modern television. In the same manner, even heat and light could be directed to specific buildings or open arenas, giving illumination and warmth by seemingly invisible means. But the Atlanteans got greedy and became driven by ego instead of spirit; they tuned up their Crystal to too high a frequency and set off volcanic disturbances that led to the destruction of that ancient world.

If at this point you are doubting this sort of technology exists or is even possible, consider the comments of Former Secretary of Defense William Cohen, whom on April 28th, 1997 gave a keynote address on terrorism at the University of Georgia with the following statement archived on the Pentagon’s official website:

“Others are engaging even in an eco-type of terrorism whereby they can alter the climate, set off earthquakes, volcanoes remotely through the use of electromagnetic waves.

So there are plenty of ingenious minds out there that are at work finding ways in which they can wreak terror upon other nations. It’s real, and that’s the reason why we have to intensify our efforts, and that’s why this is so important.”

This sounds an awful lot like the effects Cayce reflects on in his channeling… and if the Government is afraid of it, it means they most likely don’t have possession of it! If driven by ego, our society will plumette down to ground zero again as we have done before. But the difference is this time, the cosmos have sent great guardians for powerful crystals. 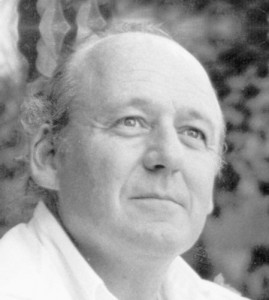 The Current Guardian of the Atlantean Crystal Sphere

Arthur Fanning, a Vietnam Veteran, began having remarkable spiritual experiences during the War. As a Marine Rescue Pilot, he went on missions to bring back men that were otherwise left for dead. During an epic mission, as wounded soldiers quickly loaded into the helicopter from the brutal battlefield, bullets were flying everywhere. The scene appeared hopeless. In a plea for help, Arthur raised both arms up the the sky and called out to God. Immediately an immense being of brilliant light appeared to him and seemed to “wave” a field of protection over the men and the helicopter. A bullet ripped through Arthur’s flight suit and grazed his leg. None of the men got additional damages, nobody died, the mission was a success. The helicopter was later found to have 367 bullet holes through it.

After Vietnam, more spiritual experiences started happening to Arthur, and he decided to try channeling. Nothing seemed to work, until one night while in his room the same great being of Light that had protected him, the helicopter, and the men from the mission in Vietnam from years past entered his space. Arthur was forcefully raised from his bed and persuaded of the great power that stood within his room.

“I have never been defeated” the Great Being of Light said…

As Arthur surrendered to this immense power and was deeply altered ever since that night. He began  channeling the great Jehovah, and his connection to this source grew in popularity. Ray Brown became acquainted with Arthur throughout the years and attended his channeling sessions frequently.

After Dr. Brown passed, his friend Don Jones “inherited” the crystal sphere. However, being a spiritual channel himself, Don was Divinely Guided that the sphere belonged to “Jehovah” and that “Jehovah wants it back”. Now, as Arthur is the entrusted guardian to the crystal sphere, he only shares this unique gift at rare special events and private viewings. Read More on Arthur Fanning here 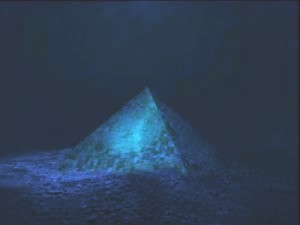 So where’s the evidence of this alleged “Crystal Pyramid” you say? French and American diving teams have confirmed via sonar technologies.

The discovery has rocked scientists around the world. Will they rush to investigate it? No, they’re more likely to studiously ignore it. If pressed, they’ll officially position themselves as highly skeptical—especially in light of the potential ramifications.

The pyramid could confirm some engineers’ contentions that pyramids were originally created as massive power sources, support the claim that the ancient city-state of Atlantis did exist, or even provide answers to the mysterious goings-on that have been recorded since the 19th Century in the region of the Atlantic dubbed the Bermuda Triangle.

We have 1582 guests and no members online