Clash Of The Superstitions: Friday 13th Coincides With A Full Moon – And It Could Be More Dangerous Than You Think 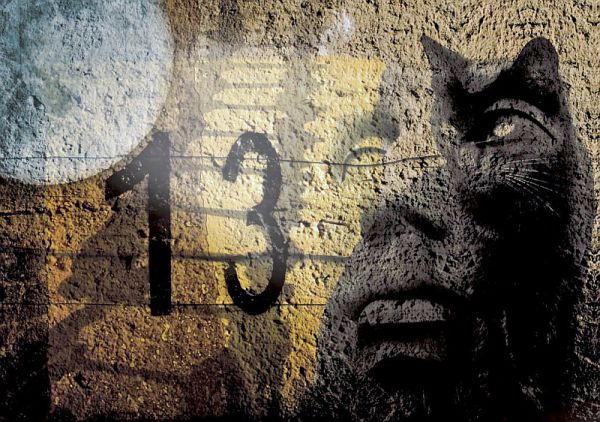 If you're a selenophobic or a friggatriskaidekaphobic it might just be best to stay in bed.

For the first time in over a decade two of the great Western superstitions will combine bringing potentially a double dose of dire luck.

Throw into the mix factors such as late licencing for the World Cup and soaring temperatures, and the more nervous among readers may just choose to stay under the covers and avoid the potential carnage.

But why is Friday the 13th considered unlucky, and what's the truth behind the superstition? And what of the Full Moon? Why do we fear it so much and does it really affect our behaviour?

Origins of the myth...

The origins of the idea that Friday the 13th is unlucky are unclear.

Some have suggested that it relates to the fact that the number twelve is considered the number of chronological completeness: the twelve Apostles of Jesus, twelve months in a year, twelve hours of the clock day etc.

Other theories suggest the unlucky myth derives from the Last Supper.

In Norse mythology having thirteen people around a table is considered unlucky and indicates that one of them will die.

Dan Brown's novel The Da Vinci Code suggested a link between Friday the 13th and the Knights Templar.

Oddly Fridays on their own are considered unlucky.

The fact that Christians commemorate the crucifixion of Jesus on the Friday before Easter adds to the idea that Fridays are unlucky days.

In other biblical origins Eve is believed to have tempted Adam with the forbidden fruit on this day.

Traditionally it was also the day that prisoners were hanged in Britain before the abolition of the death penalty.

So is the day really unlucky?

Apocryphally staff in hospital emergency departments will sometimes refuse to work on this particular date.

A study published in the British Medical Journal in the 1990s noted that the number of motor accidents in the South West Thames region increased from a total of 45 on six Friday 6ths between 1989 and 1992, to 65 accidents on the six Friday 13ths in the same period.

This showed a marked increase of 52% in the number of accidents.

We have 1506 guests and no members online