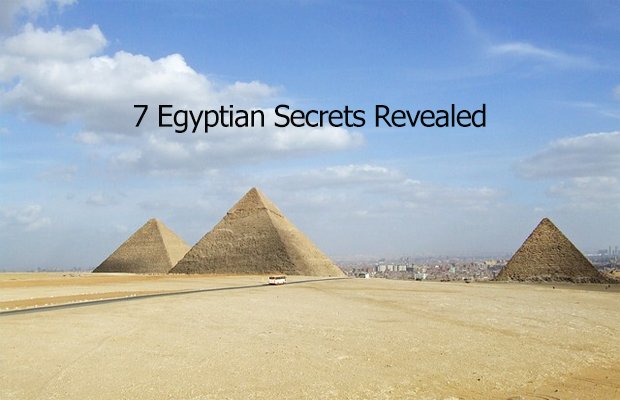 1. Ancient Egypt is far older than we previously thought

The great pyramids and many of the temples are pre-dynastic and most were built before 8,500 BCE. Some are up to 14,000 years old, such as the temple of Karnak in Luxor, which is aligned with the midsummer sunset of approximately 11,500 BCE. This suggests a much older and more mysterious truth lying beneath the layers of archaeological fact that makes up the recorded history of the dynasties.

2. The existence of a ‘cult’ was in reality the Mysterie Schools

The real golden age of Egypt began after Atlantis sank about 12,000 years ago. Some survivors from the sunken continent landed in Egypt and brought their beliefs and advanced technologies with them. This golden age of Egypt, between 10,000 BCE and 3,000 BCE, was founded by an esoteric sect of spiritual initiates enrolled in a system called the Mysterie Schools. There are many examples of Mysterie Schools through history; and these were specifically the Pharonic Mystical Schools.

Most of the evidence of an ancient ‘cult’ was a result of the activities and practices of these students and their priests and priestesses. The objective of the schools was to teach advanced consciousness and healing for the betterment of humanity.

The students engaged in spiritual ascension practices such as trans-meditation (extremely deep meditation) and color, sound, and energy therapies. The Mysterie Schools were spread amongst the temples along the Nile and were recognized spiritual centers of consciousness within ancient Egyptian society.

The ‘temples’ at the original site of Abu Simbel were sound chambers for group healing and ascension practices.

3. The Mysterie Schools were not obsessed with death

The initiates of the Mysterie Schools did not worship the afterlife but were engaged in mystical teachings and activities that focused on soul evolution and humanity’s connection to the universe. These practices were known as the Mysteries and included methods such as transcendental meditation, advanced consciousness training, and energy healing. These practices were confused with death worship over time, by both ancient Egyptian societies and in the modern day.

The great pyramids, sarcophagi, and valleys of ‘tombs’ in the Valley of the Kings and the Valley of the Queens, were not for the dead but for transcendental meditation by initiates of these Mysteries. The absence of mummies and other evidence of burial within the valleys and great pyramids has been explained as ‘grave robbers’. Mummies that were found in the sacred valleys were stashed in random enclaves thousands of years after the fall of the Mysterie Schools.

However, the younger manmade pyramids and other burial sites (which are evident by their dilapidated state) were in fact built to house the dead, but millennia after the true Egyptian golden age was over. 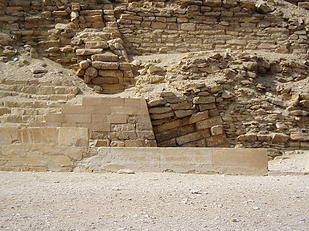 This is an example of layers of misinterpretation from Saqqara. The precision of an originally rectangular platform for more advanced civilizations (see point 7. below) was used as the base for a much younger, crumbling pyramidal structure above – which requires a square base. The original platform and connected chambers had nothing to do with burial and death and preceded the dynastic period by at least 9,000 years.

The Mysterie Schools taught a set of hieroglyphs that cannot be directly translated into words. This is because they are universal omnipotent concepts such as Love and Peace. These sacred hieroglyphs were separate from the everyday literary alphabet used by society at large.
This is the glyph grouping for the concept of Light. The seven colors of the rainbow are represented by 7 different glyphs within the circlet.
Starting from the bottom right is a hibiscus flower (red); followed by the flower of the bulrush (orange); and then the golden staff (yellow).
The middle line from the right is the ankh (green) and then the newly hatched quail chick (blue).
Finally on the top line is a reed bed on the Nile at first light (indigo) and the hadeda ibis feather (violet).

5. The pre-dynastic Pharaohs were not kings

A Phara is a master of the Mysterie Schools. A Phara-roh (or Pharaoh) is a master who can in turn teach what they know – in other words, a priest or priestess.

The students moved through a series of lessons to reach the status of pharaoh. Items of clothing, jewellery, and other adornments were symbols of initiations passed when the students moved from one level to another.

Below is an image of a student with the upper crown, chin-strap piece, pyramidal pleated skirt, and holding a pair of purpose scrolls.
The upper crown embodies the spiritual life; the chin piece was representative of truth; pleats and pyramidal shapes show overcoming duality and the attainment of lasting consciousness; and the purpose scrolls were a symbol of realizing one’s life purpose (usually via trans-meditation).

The left foot is forward to show a connection to the heart. 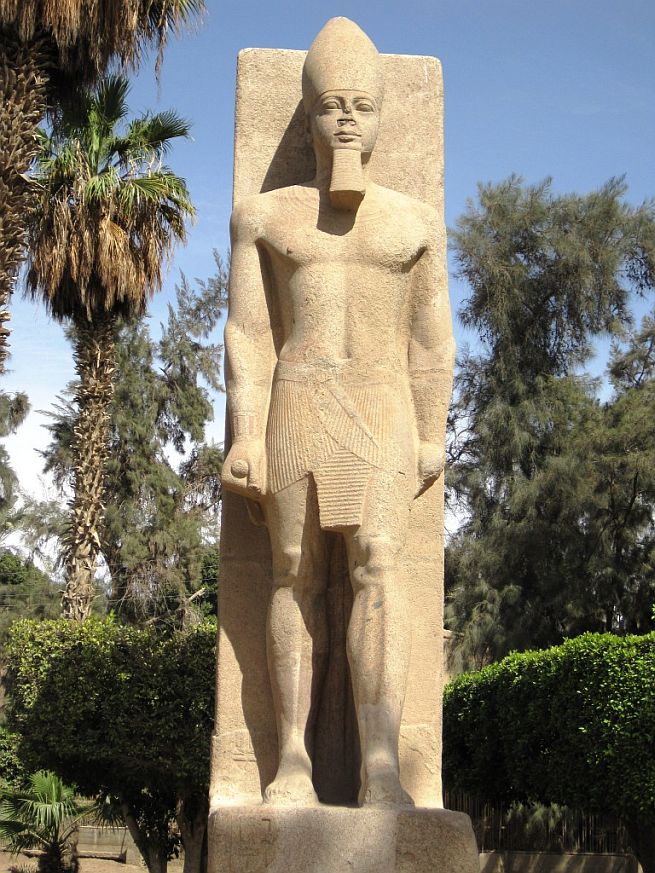 6. The pantheon of ‘Gods’ were not necessarily considered deities

Many of the Egyptian gods were not considered deities but were mystical terms and concepts. For example: Amun means light (specifically cosmic spiritual light) and Ra means a relational connection (in this case to the source of all things). Therefore Amun-Ra means light source, which is more figurative than the literal interpretation of worshipping the physical embodiment of the sun.

Another example is Isis, which means Life; since life is a process of love in freedom of expression, Isis may also represent love.
Osiris is often referred to in partnership with Isis because it means Service to Life. Osiris is a combination of the names of the two heavenly points Orion and Sirius.

7. The influence of more advanced civilizations

Ancient Egypt relied on the assistance of intergalactic beings – or extra-terrestrials –for the building of the great pyramids and many of the temples. Thereafter, much of the masonry and stone engravings were done by students of the Mysteries with advanced templates and tools brought from the Atlantis continent, which sunk in about 10,000 BCE. The Hathor head below is an example of an extra-terrestrial from the Philae temple. 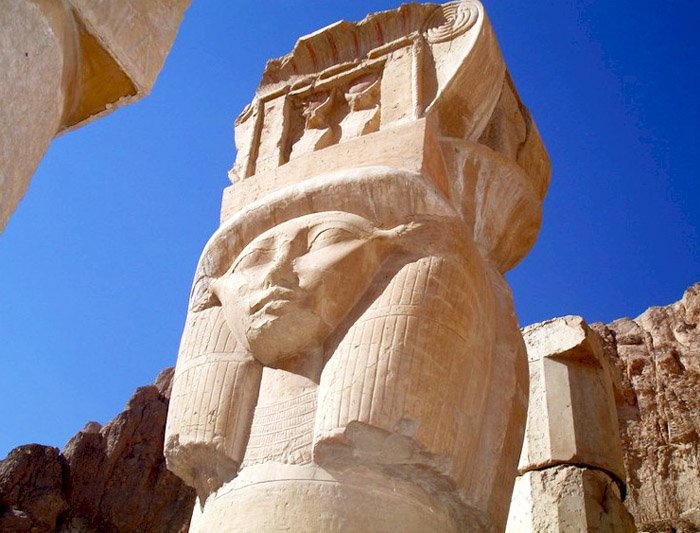 You will notice the precision of the stonemasonry at places like Saqqara in Memphis and the sameness of stone reliefs all through Egypt. It suggests the use of templates and advanced masonry techniques such as quartz-crystal drills and sound chiselling tools.

The great pyramids, specifically, were constructed using sound harmonization or vibrational chiselling. Sound is universally recognized as the easiest way to move large objects at a distance.