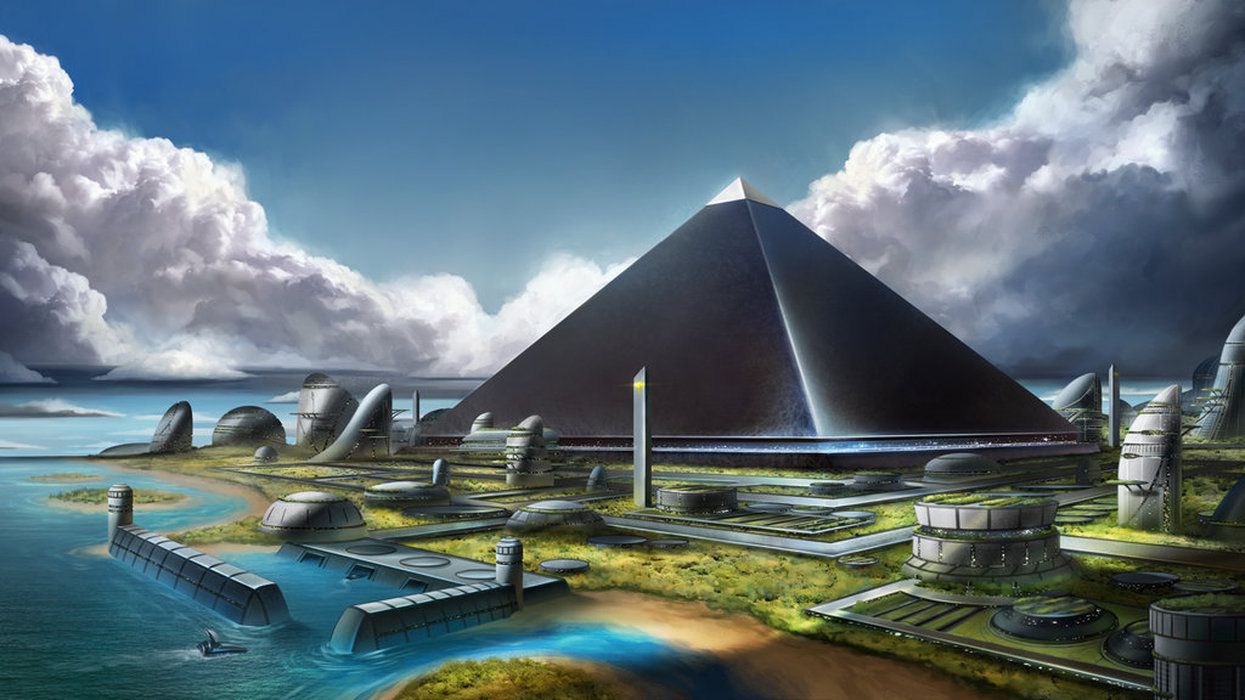 Pyramid power is supernatural or paranormal properties of the ancient Egyptian pyramids and objects of similar shape. This power, is said to preserve foods, maintain the sharpness of razor blades, improve health function, trigger sexual urges and cause other dramatic effects.

Pyramid power is one of many theories, referred to as pyramidology.

Some of the effects are: 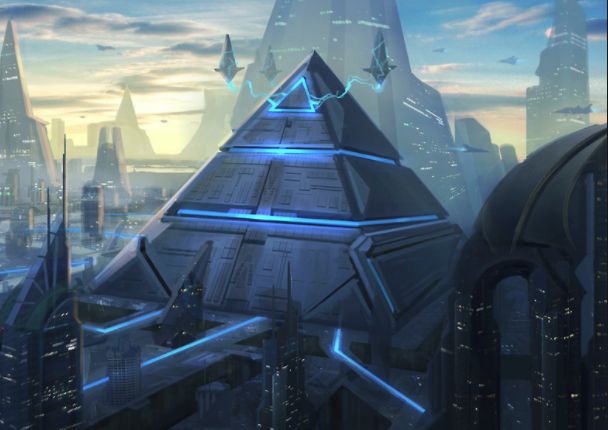 Persons living, meditate, work or sleep inside of a pyramid building or under a pyramid framework, generally feel immediate positive reactions. Creatures are magnetically attracted to Pyramid replicas.

Testimonials from several sources, demonstrate that pets of all kinds thrive under, or within open frame pyramids. Dogs and cats are observed to respond to the pyramids.

Bill Kerell is a researcher who experimented with pyramids for about 17 years. He has done many experiments using brine shrimp. Brine shrimp usually live 6 to 7 weeks; but under the pyramids, Bill has kept them alive for over a year. He also noticed that pyramid-grown shrimp grew two to three times larger than normal. Bill has also done a lot of work with humans.

One of the things he and his associates have found is that hypertensive individuals become tranquilized, but lethargic people become energetic again.

A lot of work has been done with individuals who meditate. The theta and alpha brain waves are increased. These frequencies are also higher and the signal strength is twice the 9amplitude of normal. Dr. Carl Benedicks (a Swedish scientist) discovered that the pyramid produced a resonance or frequency inside it. Two German scientists,Born and Lertes, also discovered that this frequency was in the microwave range.

Researchers discovered that items placed under a pyramid stay "charged" for various lengths of time after being taken from under the pyramid. Crystals and water keeps their "charge" longer than anything else.

Doctors have been experimenting with Pyramids.

A Canadian hospital tried using a pyramid in their burn ward. The results were that after being under the pyramid for a few minutes, the patients' pain started to reduce.They also found that burns areas healed much faster. 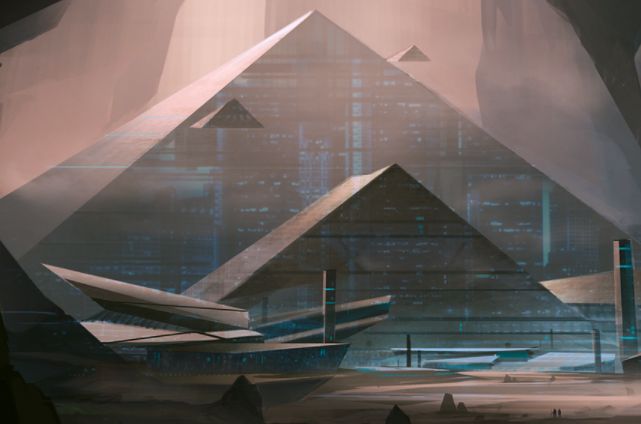 How a Pyramid Works ?

Negative Ions help to reproduce and repair body cells. They're transmitted into the body through the air and are circulated by the blood. Too many positive ions (the result of air pollution) can cause depression, and ultimately, illnesses. Thus, negative ions have a beneficial effect on the body.

Pyramids generate negative ions. In addition, they are believed to have a generally balancing effect on the body's electromagnetic field. This effect is greatly enhanced if the materials used, is gold or copper. 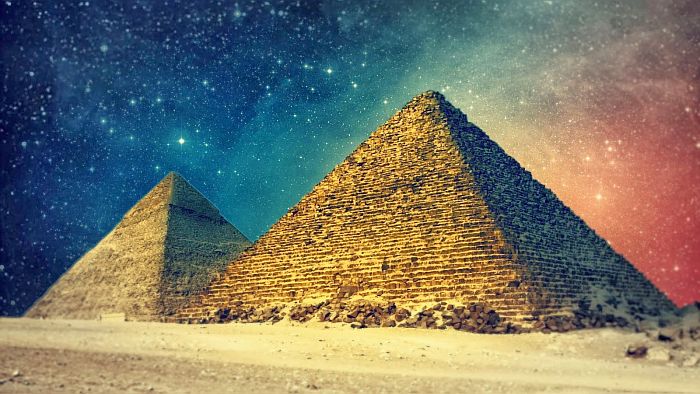 The preservation of organic material in pyramids has received a lot of attention in popular books. In the 1930s, a Frenchman named Antoine Bovis observed that a dead cat in the Great Pyramid did not decompose. The animal apparently wandered into the King's Chamber and perished before finding an exit route. The cat's body dried out, although the air in the King's Chamber is always humid.

Small models made of paper, wood or other materials, have been tested for desiccating organic matter and sharpening razor blades. Several tests have demonstrated pyramid to be capable of preserving organic matter.

At Saqqara, Egypt, Egyptologists excavated a tomb of a woman of lesser nobility. In accordance with funerary customs, an elaborate meal was set out on pottery platters. The meal consisted of porridge, quail, kidneys, pigeon, fish, beef ribs, triangular loaves of bread, cakes and fruits. Their state of preservation was so excellent that Egyptologists easily recognized all of the foods in the entire meal, although it is almost 5,000 years old.

The example suggests that shape is the key to the phenomenon popularly known as ' pyramid power.'

Conclusion:Some experiments using properly oriented model pyramids, built of a variety of materials and oriented to the Earth's north-south axis, have preserved organic matter. My own experiments conducted in the mid-1980s included a number of small, model pyramids and closed vessels of other shapes. 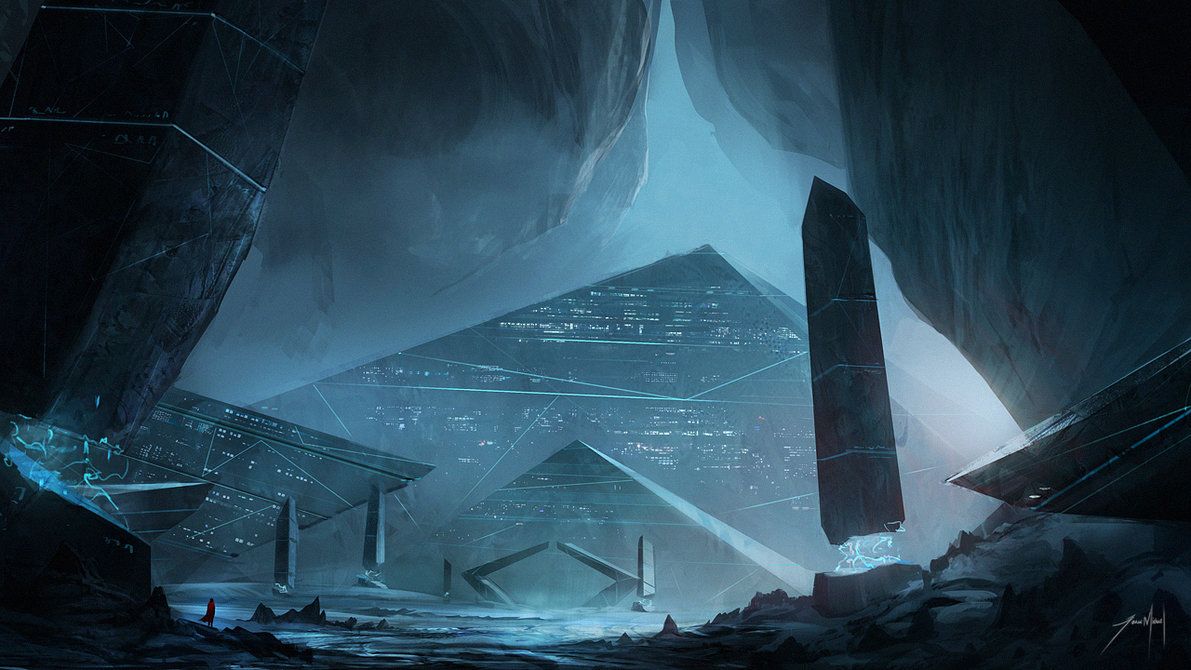 Careful study reveals several unique and beneficial qualities that may be derived from Pyramid Meditation. Experienced Meditators relate profound results in their quest for expanded awareness.Many people feel that psychic powers are stimulated or heighten by the use of pyramids.

Psychics who use pyramids in that fashion have achieved an altered state of consciousness more rapidly than they would have otherwise, placed on the head focusing through the chakra system, during Meditation sessions, clearing psychic passages which may have become blocked.

The pyramid is a geometric amplifier which increases the power of prayer or strengthens the spiritual request of a religious devotee.

Pyramid Meditators suggest that the best results are achieved by sitting upright with the upper chakras located approximately one third up from the pyramid base directly under the apex.

The use of a pyramid in meditation can accelerate the process bringing feelings of calmness, well-being and a more open and positive attitude. Many users claim increased memory recall, visions of past incarnations, telepathic communication and an expansion of awareness.

Verbal and written testimonials, among experienced and non-experienced pyramid meditators throughout the world have reported that the pyramid shows the following reactions. 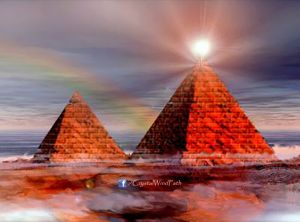 The enhanced energy field created by pyramids has become a popular field of study in recent decades. Dr. Patrick Flanagan, an electronics genius with hundreds of patented inventions, published a book on pyramid power in 1973. He believes the five... 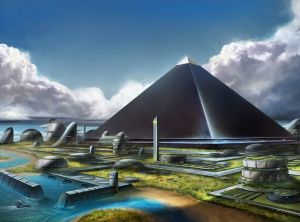 Pyramid power is supernatural or paranormal properties of the ancient Egyptian pyramids and objects of similar shape. This power, is said to preserve foods, maintain the sharpness of razor blades, improve health function, trigger sexual urges and cause other dramatic effects. Pyramid power is one...