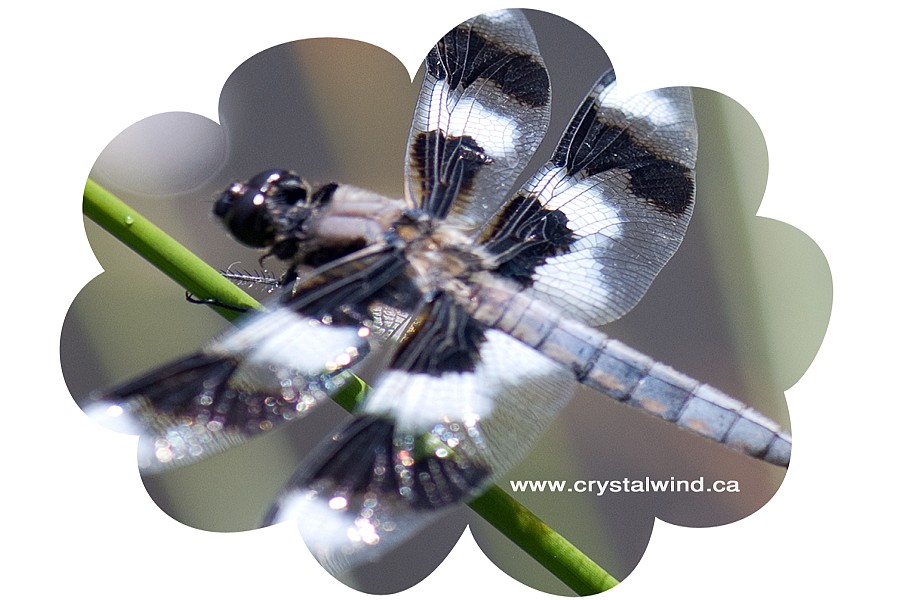 One of the most magical sights on a summer day or early evening is that of the dragonfly. With its shimmering wings and delicate form it seems a creature from the land of Faerie, and it is a power animal which can help to put us in touch with nature spirits.

Dragonfly medicine is about the breaking of illusions, especially those illusions that prevent growth and maturity. Dragonfly is the bringer of visions of power. Flighty and carefree dragonflies symbolize whirlwind, swiftness and activity.

Dragonflies and damselflies live and breed near water. Therefore, they are found around ponds, pools, lakes, rivers, streams, even bayous or swamps. Access to running water is not only preferred, it is essential. Eggs are laid in the water and the entire nymphal (infant) period is spent there. As adults they take to the air. Those who find themselves overwhelmed by emotion and seek some detachment from their problems so that they can solve them can benefit from Dragonfly medicine.

Dragonfly medicine helps during a transition, or it may foretell a time of change. If uncomfortable with innovation, seek assistance from dragonfly, for such things are within its domain. 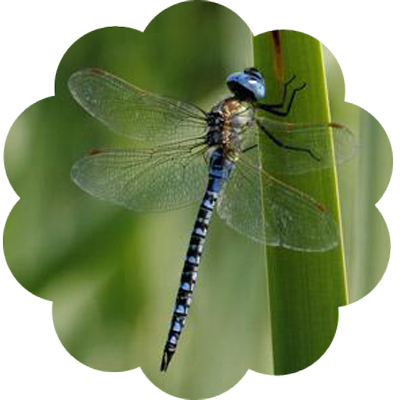 Dragonfly is of the dreamtime and the illusionary facade we accept as physical reality. The iridescence of Dragonfly's wings reminds us of colors not found in our everyday experience. Dragonfly's shifting of color, energy, form, and movement explodes into the mind of the observer, bringing vague memories of a time or place where magic reigned.

Dragonfly is the essence of the winds of change, the messages of wisdom and enlightenment, and the communications from the elemental world. This elemental world is made up of the tiny spirits of plants, and of the elements air, earth, fire, and water. In essence, this world is full of nature spirits.

Part of dragonfly's medicine is its ability to play among the air currents and to dazzle others with light. However, its gift also carries an implicit warning; as master of illusion, those with dragonfly medicine should be warned not to fool themselves.

If Dragonfly has come to you, you may have forgotten to water your plants. On another level, you may need to give thanks to the foods you eat for sustaining your body. On the psychological level, it may be time to break down the illusions you have held that restrict your actions or ideas.

Dragonfly medicine always beckons you to seek out the parts of your habits which you need to change. Have you put on too much weight, or have you started to look like a scarecrow? Have you tended to the changes you have wanted to make in your life? If you feel the need for change, call on Dragonfly to guide you through the mists of illusion to the pathway of transformation.

See how you can apply the art of illusion to your present question or situation, and remember that things are never completely as they seem. 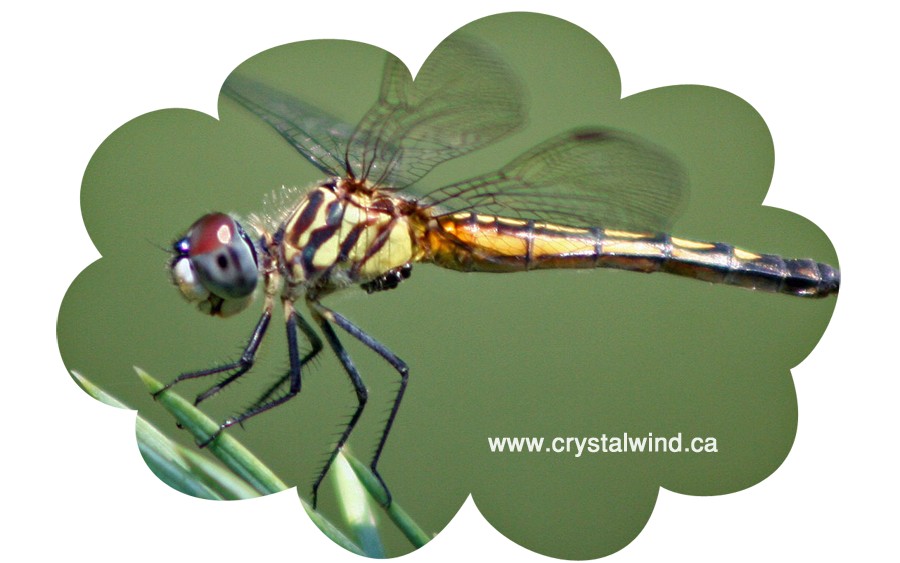 Dragonfly teaches us how to balance emotion and mental clarity and control. Dragonfly medicine works in a two year cycle, so if Dragonfly has come into your life you can expect change within this time period. Dragonfly people need to honor their health by spending time outdoors in the sunlight near streams or lakes. Dragonfly also teaches us to see through our own illusions.

On a larger scale Dragonfly can cause you to question the illusion which you call reality, particularly that part of your reality which limits your ability to grow and create transformation in your life. Dragonfly speaks of greater dimensions of reality, and help us to travel to a realm of light color in which spiritual expansion is possible.

This power symbol is especially helpful for those who feel unable to grow spiritually and for those who feel blocked in their creativity. Dragonfly reminds that ordinary physical reality isn't all that available to us. Its rainbow wings remind us that we can live in a world of magic.

People with dragonfly medicine are dreamers. They can be perplexing and annoying to others. The dragonfly person may appear almost schizophrenic as he or she rests (or hovers), absorbing light and energy for a time, and then flits off to a new project. As individuals, dragonflies have lots of nervous energy. Intermittently it is good for them to land and get grounded for a while. 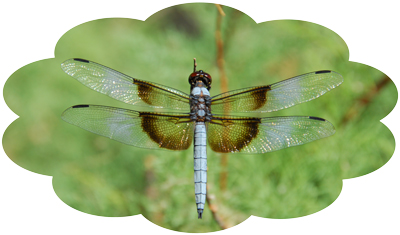