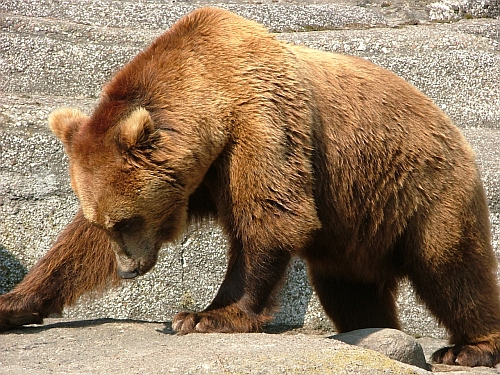 Watching Bear in the wild can teach us many lessons.  As we move into deeper relationship she may also visit our dreams to share her wisdom.  Humans have been involved in this sort of relationship with Bear since ancient times.  The following is an expression of what has resonated with me from Bear’s teachings.

Sharing time in the woods with Bear has been a rare and fleeting experience for me, a moment of silent black, gliding through green, a mother and two cubs. She steady and sure, babies hurrying tumbling along be-hind. Bear has always represented maternal devotion and ferocity when need be, common knowledge telling us that one of the worst places to find oneself is between a bear mother and her cubs.  Hundreds of ancient figurines depicting the bear as mother or nurse, have been found in central Bulgaria, implying that these people understood how Bear embodied the Goddess’ ability to protect and care for young ones, the divine children.

The goddess Artemis is sometimes associated with Bear, in fact her companion Callisto was sent into the heavens to become Ursa Major, one of the most recognizable stellar constellations.  This group of stars was seen as a great bear by ancient peoples around the Northern Hemisphere, where we can still watch her through the seasons circling Ursa Minor, her cub, who holds the jewel of our pole star, Polaris.  Artemis is the woman of the wild places, the wilderness, whole unto herself.  Like the ancient Bear Mothers, she is a protector women in childbirth, of children and creatures of the forest.  She is also the huntress, bringing death when appropriate as well as nurturing life. 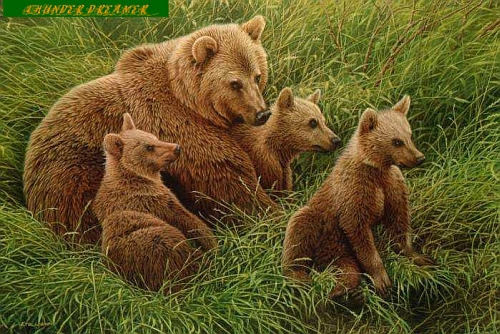 The ancient people of Ireland and Britan celebrated the great mother bear goddess Artha and her womb like caves in the earth by building their own caves, chambered passage tombs in the earth, ritual places used during the mysteries about death and rebirth, a place where cremated ancestral remains commingled in large, bowl shaped, stone vessels.  The inner walls of the tombs were often carved with spiraling and looping lines, a bit more elaborate than the marks the giant cave bears of Europe during the Pleistocene era made on the walls of their caves.  These ancient bears used their caves for many purposes, and may have returned to them to die, some still have the remains of many generations of bear tucked into them.

Bear’s annual disappearance into the earth in autumn and emergence from the womb of the earth in spring brought them wisdom about the mysteries of renewal and birth, like serpent shedding its skin.  Female bears give birth in their caves during the depths of their winter sleep.  This time of sleep in the underworld is a place to access our deep, fertile, creative selves, manifesting and nurturing our creations in the safety of our cave as they grow and strengthen.  Bear’s deep sleep connects her to the watery realm of dream, intuition and prophecy, bringing messages from spirit and teaching us to trust our own deep knowing. 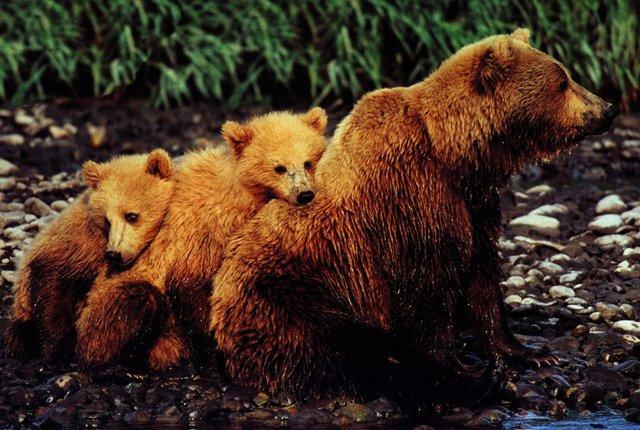 Before her long winter sleep Bear begins feasting on the late summer bounty, the sweet fruits of the season.  She eats to put on rich layers of fat to sustain her for the season to come.  I often think of bear in the late summer and during harvest, the joy of storing up what nourishes me, refining and cooking down the richness of the past season’s experiences as I tuck things in for winter.  Most bear live in environments that allow them to be omnivores, often consuming a surprising amount of plant material for such a large creature.  The Polar Bear is the only one that consumes mostly meat, but then again, so do the native people that share that terrain, as that’s what is available to eat there. 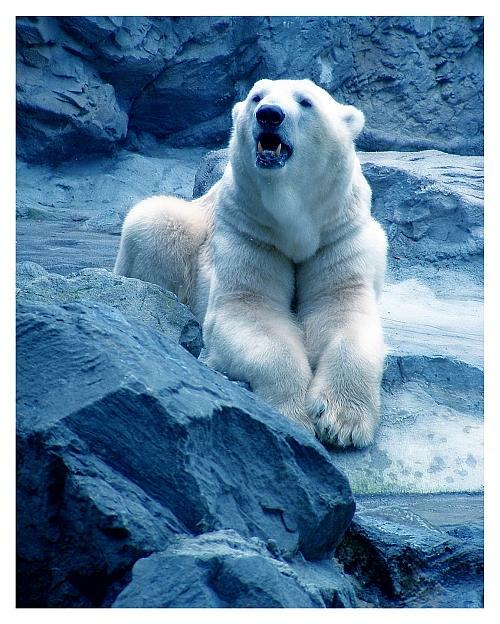 Since Bear is able to walk on her hind legs she was considered to be close kin to humans by many Native American traditions.  Bear reminds us of our natural and primal selves, the wildness we all carry within.  Like Artemis, Bear reminds us to tap into that wild instinct, our inner knowing, using all our senses to guide us as we move through the world. 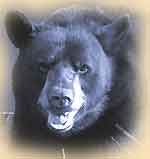 We have 861 guests and no members online