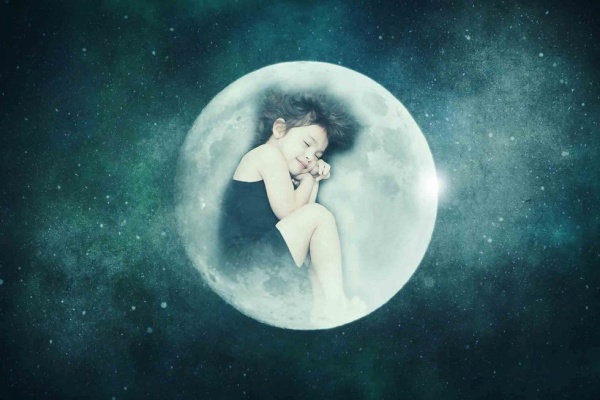 The term Starseed first came into being in the 1970s.

It’s a part of what was then known the new age movement, which marked the beginnings of a huge shift in the consciousness of our planet.

Earth has always accepted souls from other star systems, provided they had the correct soul codes or already had soul family here. But the 1960s onwards saw the influx of new migration patterns.

Many more souls than ever before came in to help raise the vibration of the planet. The consciousness of the Earth had been suppressed so much by the forces of domination and control that rule this planet.

We needed these souls who were untainted by the karma that had been inflicted on us. We needed them to be the way-showers and guide us towards ascension.

And while these souls are extra-terrestrial in origin, they incarnate in human bodies. Or, in some cases enter Earth as a walk-in, exchanging places with souls that have violated the terms and conditions of being an incarnate soul in Earth.

What is a Starseed?

A Starseed is a soul who’s incarnated on this Earth for the first time within the past couple of generations. Some people like to think of all souls who’ve come from other star systems as being Starseeds. And in some ways, it’s true. But it’s not the given definition for what a Starseed is in the modern context.

Starseeds are very different to you or I. There aren’t of the same third density that we inhabit on Earth. They often come from completely different dimension, and level of consciousness. It’s not uncommon for incarnating Starseed to come from planes as high as 7D. But to come here, they must bring the level of their vibration so low that it can be hard for them to adjust to the dense energies of Earth.

What is the Starseed Mission and Why Are They Here Right Now?

The mission for each Starseed will be specific to their particular race, skillset, and lines of dramatic karma that have been created between them the Earth’s sentience. But as a general rule, the average Starseed is here is help raise the consciousness of the planet.

Many have come here as catalysts. They are the way-showers who’ll help people make the leap from 3d to 5d in the coming years. The ultimate goal of the Starseed is to see the Earth ascend and return to its position as a 7th-dimensional galactic seed planet.

The way each Starseed goes about this will be different from the next. Each soul will play its strengths. Some will come here to awaken people, others to create innovative solutions, while more will be healers. All of these are necessary, and they’re all working towards the same end.

Most Starseeds come in with an in-built trigger. They set up a particular event, which will bring about an activation of the DNA memories of their race. In an instant, they realise they’re here to do something vital for humanity, which can bring a sharp 180-degree turn in their life path.

Where Do Starseeds Come From?

If you’re a Starseed, it’s possible you could have your roots in any number of races. But the main ones that usually incarnate on the Earth are the Pleiadians, Andromedans, Sirians, Orions, Arcturians and Lyrans. Of these, the Pleiadians and Arcturtians are some of the most heavily invested here in terms of pure numbers. The Arcturians, in particular, came here as master healers and are extremely adept spiritually, even more so than Pleiadians who many believe to be a master race.

Starseed Types: 3 Generations of Wayshowers (And Their Purpose)

Starseeds have come to the Earth in waves over the past 50-60 years. Dolores Cannon referred to them as the three waves of volunteers. This refers to the Indigo, Crystal, and Rainbow children that have come in a specific purpose. These souls come in as a clean slate with no prior karma that’s keeping them from maximising their potential. They come in with a wisdom that far exceeds their elders and are responsible for making massive shifts in the way we relate to one another and the planet as a whole.

The indigo child is part of the first wave of Starseeds that incarnated on Earth as early as the 1950s. But it wasn’t until the 1980s that they came to prominence. The Indigos are here to create change. They have a keen sense of what works and what doesn’t and so are seen as disrupters to the system. Their insight stretches beyond what they might be capable of from an early age. Because of this, they can often be seen as unruly. But really, the indigo child doesn’t take to authority well. The idea of living in a system of absolutes without question is what they’re here to change. They’re often isolationist, headstrong and have an in-built desire to help the world in any way they can.

Crystal children are the continuation of the indigo star child lineage. They often come in as the offspring to Indigo adults as newly incarnating soul arriving on Earth. Their characteristics are very much in line with their forebearers. Material possessions do not interest them. Neither does anything remotely superficial. They’re here to make a positive contribution to the world. These souls started coming in around the turn of the millennium. They’re known for having a penetrating gaze and give off a loving vibration that knows no boundaries. Crystals are most often drawn to take up positions as healers, carers, volunteers and teachers of all descriptions.

Rainbow children were born around the year 2010 onwards. They’re the latest generation of souls to come in and help humanity shift its awareness to a higher state of consciousness. All Starseeds are powerful beings in their own right. But the Rainbow Children, in particular,’ are exceptionally talented from an early age- even by Starseed standards. You can often see stories in the media of children of no more than ten years old winning prestigious psychics prizes, coming with solutions to rid the ocean plastics or create clean water for rural villages in deprived countries. But this only scratches the surface of their abilities. They’re special souls, and their character is beyond reproach,

For Starseeds who haven’t been activated and become aware of their nature, life can be an extremely lonely path. You have no way to reconcile the way you feel. All you have is the sense that you don’t fit in, and there must be something wrong with you. But that’s not the case. You are different. But that doesn’t make you weird or outcast. You’ve simply come into this incarnation with a unique set of circumstances. If you’ve always felt that you were different, some of these traits might make sense of the way you feel.

So You Think You’re a Starseed, Now What?

So after all that, if you’ve figured out that you’re Starseed, how does it change your life? What will you do with the confirmation that you are here for something greater than to just make up the numbers?

Knowing your cosmic origins can be validating, but ultimately the information will mean nothing unless you take action. You can’t wear your “Starseed-ness” like a badge of honour.

Most people don’t know or care what it means. To most, it’s just woo-woo.

You need to ask yourself how’re you going to be of service.

What can you offer this planet?

However, you should know, the work you do carry out as a Starseed will mostly be in the shadows.

It can be a thankless task. But it’s not about the adulation.

The reward is in being here in the first place with an oppurtunity to create real change.

You’ll do it because it is the right thing to do, and in your heart of hearts, you know there is no better person for the task you’ve chosen. You wouldn’t have it any other way.

Being a Starseed isn’t about glamour or basking in glory, it’s about making the contribution you’re here to make as a fully sovereign being working in equal co-creation with the Earth’s sentience and the fellow consciousness explorers who’ve gotten stuck.

You may know that you’ve come here with a mission, but don’t allow your ego to cloud your judgment. Knowing you’re on the path is only half the battle. You need to fulfil your potential.

As a Starseed, you’ve come here as the best of best. There are trillions of other souls that were waiting to get in on the game and incarnate on Earth. But you came ahead of them, because of your talents.

Don’t allow yourself to be taken in by material distractions and false synchronicities. You have a special role to play in the Earth’s ascension to 5D.

Sam Booomer
Sam’s work as a Beyond Quantum Healing Practitioner has led him to dedicate his life to helping other’s raise their vibration and embrace the best version of themselves. If you’re ready to explore yourself more deeply than you’ve thought possible, to release old traumas, and finally connect with your life’s purpose – you can. If you’re ready to take this incredible journey of self-exploration, self-healing and self-mastery, I’d love it if you’d join me, and I’d be honoured to be your guide.
Source

We have 1457 guests and no members online