The Demarcation Line of Ascension Is Here

Message From the Elohim and St. Germain: Massive ID Shift and MPRs on January 23/24 Leading to the Physical Death of Billions of Transliminal Soul Fragments 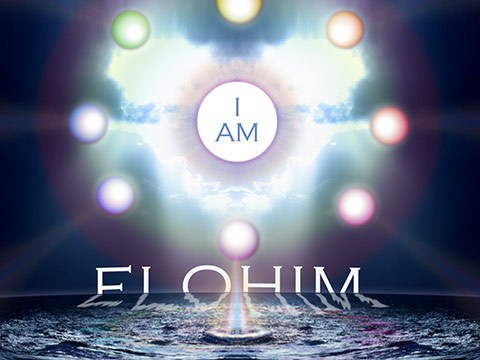 The Elohim and St. Germain came to us today, January 24th and fully confirmed the massive ID shift during the Full Wolf Moon Portal and the death of billions of transliminal soul fragments on lower catastrophic timelines that were separated from this uppermost mother planet during the shift. These souls arrived here with the opening of the Christmas portal and already raised significantly the light quotient. The immediate financial crash that began with the New Year was the manifestation of the powerful collective presence of these high vibrating transliminal souls that have never had an incarnation on this planet and enjoy an open contact to the source and their soul monad. We all felt strongly their beneficial and harmonious soul essence on this uppermost timeline.

What escaped our wildest imagination was that they came here to sacrifice themselves for the ascension process of Gaia and us. This may seem rather inhuman retrospectively from the limited point of view of the human ego, but from a higher perspective this is the only possible way how this planetary ascension can be accomplished. The massive physical death of so many, otherwise immortal transliminal soul fragments, no matter how tragic, was decided unanimously by the PAT and the HR on December 20th, 2015 at the crucial high council meeting of the PAT, of which Carla was informed in the dream state

Follow-Up of the Christmas Full Moon Portal of the Now

and then confirmed by other PAT members:

The True Nature of the Eternal Light Warrior

The explanation of this massive shift and collective death of numerous human beings with a transliminal soul fragment during the ID shift on the Full Wolf Moon Portal on January 23/24 lies in the proper understanding of how homeopathy functions. The founder of homeopathy the German Hahnemann discovered that undiluted doses caused reactions, sometimes dangerous ones, so specified that preparations be given at the lowest possible dose. He found that this reduced potency as well as side-effects, but formed the view that vigorous shaking and striking on an elastic surface – a process he termed Schütteln, translated as succussion – nullified this.

The process of dilution and succussion is termed “dynamisation” or “potentisation” by homeopaths. Three main logarithmic potency scales are in regular use in homeopathy. Hahnemann created the “centesimal” or “C scale”, diluting a substance by a factor of 100 at each stage. The centesimal scale was favored by Hahnemann for most of his life. A 2C dilution requires a substance to be diluted to one part in 100, and then some of that diluted solution diluted by a further factor of 100. This works out to one part of the original substance in 10,000 parts of the solution. In homeopathy, a solution that is more dilute is described as having a higher “potency”, and more dilute substances are considered by homeopaths to be stronger and deeper-acting.

“Homeopathic dilution” can be used as an allegory to understand how the ascension process of cleansing and healing through dilution of the contaminated soul fragments and their physical bodies by MPR “Schütteln” (“succussion” or “shaking”) leads to higher frequency potencies on this uppermost mother planet and raises its light quotient.

The death of a dark human vessel containing a transliminal soul as a walk-in in an apocalyptic event such as the MPR leads to a total catharsis and purification of the physical body and its old personality structure with the help of the violet flame (and most probably through the new light of creation from the source). This purified empty shell is immediately replicated holographically on this uppermost mother planet and continues seamlessly its linear 3D existence as a soulless empty shell. That is why we felt so strongly this morning (Jan 24th) that the collective soul essence of the new transliminal souls has suddenly departed from this earth and that this ascending uppermost mother planet was so empty, notwithstanding its higher frequencies and the lightness of the new refined energies. It really appeared to us as an empty holographic image, a kind of synthetic world.

The difference to the dilution process in homeopathy is that these same transliminal souls will re-enter the same bodies after their purification and the new soul fragments will carry an indelible memory of this tragic event that will prevent them from resorting to new crimes on humanity especially in cabal bodies that have key positions in the centres of power.  The dilution thus applies to the dark soul essence and its imprints on the human personality structure and not on the density of the transliminal soul essence in total.

As St. Germain told us through Julia on December 25th when we opened the Christmas portal, the number of these souls will go up and down like waves before it reaches the threshold of approximately 85% when the introduction of the new theory of the Universal Law will be possible. As this can only happen in the new 4D worlds, we can use this number as a measure when the final ID shift will occur.

From this knowledge and personal experience, we must conclude that each one of us has lost a soul fragment and this body at least once on a lower timeline during a MPR or a nuclear war. Some of us may have had this dreadful experience several times and this holds true to an even greater extent for all dark entities. I personally can verify that a soul fragment of my soul died on June 8th, 2013 during the first MPR of the lowest of the seven new 4D earths we created on May 27th the same year, which was a very similar event to the one I personally experienced in the last 48 hours.

With each physical death, the newly replicated body on this uppermost mother planet appears more purified and higher vibrating. This is how healing and cleansing happens in this ascension process for all human beings step by step, from one ID shift to another, from one MPR to the next one.

The linear perspective to which all other light workers have succumbed these days does not explain anything at all and we can observe their total confusion. The PAT website is the only gnostic source that explains the current energetic events and individual experiences in a coherent manner, based on a seamless reported chronology of the events:

It is a disgrace that the other light workers do not take any notice of our website and do not want to learn anything. That is why the HR had to resort to such drastic measures as the collective death of billions of transliminal soul fragments as to purify these zombies. Ascension is a brutally earnest affair and the “light and love illusion” of the New Age has no place in it.

What will come next? Here is my educated guess. As in homeopathy, we will most probably need three such dilutions of soul fragments and dark physical bodies. The first one happened exactly one month after we opened the Christmas portal on December 25th and observed the arrival of roughly 22% transliminal souls with respect to the total human population. Now most of them have been retrieved to Celestria and wait for their second incarnation.

Since the end of September we have had at least one major ID shift or significant event, sometimes two, each month – in the middle and at the end of the month. In this case if we assume that humanity and this uppermost mother planet need two more dilutions of soul and body essence, then we can expect another similar major ID shift with massive physical death of soul fragments end of February and then end of March, after the Spring equinox portal, which promises to be very big and most probably the final ID shift for us. We shall wait and see.

And now enjoy the message from St. Germain and the Elohim. They came immediately to us to give Carla this message after we cleared our ideas on this ID shift as discussed by myself in this foreword. One cannot expect any qualitative and truthful message from the higher realms before one has achieved clarity at the human mind level. This simple truth has not been understood by all channelers of the New Age movement and that is why they only channel the crap of their confused subconscious and not even their HS which is still not a reliable source of information in most cases.

The massive shift that we experienced over the past few days and that spit us up into a new lighter reality this morning was a definite inter-dimensional shift preceded by many shocking events resulting in the extreme emotional grief that I felt this morning so strongly.  I was paralyzed by all of this intense emotion!  Here is a message from both the Elohim and Saint Germain.

St. Germain:  “There is an undulating wave to which I made reference recently consisting first of the action of the incarnation of transliminal souls followed by their release and purification from the ever-rising upper timeline through the extreme experience of the magnetic pole reversals (MPRs), geological-tectonic plate movement and tsunami waves leading to physical death and inter-dimensional splits (ID splits).

Q: To the Elohim: Why are the transliminal souls exposed to this extreme reality?

The Elohim: “The transliminal soul accepts all experience in gratitude and knows it is never separated from the source of All-That-Is.  These souls are not touched in any way by these experiences.  These specific events target the dark fragments steeped in fear-based energies including greed, intolerance and hatred, impatience, complacency, aggression, callousness, disenchantment and distrust, to name only a few.

The miracle of this event is the gift of transmutation through the divinely guided rise in the Violet Fire of transmutation through and through to ensure the perfect alchemical cleansing of mis-qualified human intention with the final outcome being a consistent dilution of these lower-frequency expressions embedded within the minds and bodies in which the transliminal souls had resided.

The inter-dimensional split separates out these fragments and frees the transliminal souls to reincarnate, if this is their wish.  They re-enter the reality once again on the highest, uppermost timeline and whereby the light quotient is built upon anew.  We, the Elohim, know this is an extremely difficult time for all of you and send you our unending love and presence, as always.”

It is no wonder that this last week billions of angels surrounded us and tried to console us, knowing how difficult this ID shift will be for us from an emotional and physical point of view.